Chrysler Still Won't Recall Jeep Grand Cherokee, But Will Inspect All, "Upgrade" Some 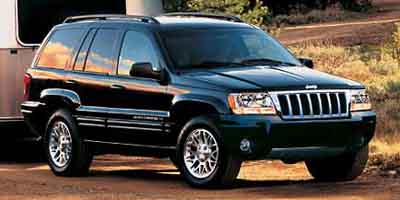 UPDATE: Chrysler and the NHTSA have just announced a resolution to the proposed Jeep Grand Cherokee recall. Per the release, Chrysler says it will inspect the involved vehicles, and will, "if necessary, provide an upgrade to the rear structure of the vehicle to better manage crash forces in low-speed impacts." The scope and cost of that action remain unclear as of yet.

Last week, Jeep did something very, very unusual: when the National Highway Traffic Safety Administration asked the automaker to recall 2.7 million vehicles due to a potentially dangerous design issue, Jeep said "No".

According to one market research firm, that refusal isn't playing too well in Peoria -- or anywhere else that Jeep customers live.

NHTSA claims that the 1993-2004 Grand Cherokee and 2002-2007 Liberty are unsafe because their fuel tanks are located behind the rear axle -- a serious problem that has resulted in fuel leaks and fires in other vehicles like the Ford Pinto. The Grand Cherokee might be particularly at risk due to its ride height, which makes it easier for small cars and other vehicles to reach and rupture the tank during collisions.

According to NHSTA, the design flaw could be responsible for up to 44 deaths in the Grand Cherokee and another seven in the Liberty.

Jeep doesn't necessarily dispute the death claims, but insists that the reported fires aren't unusual. In a statement, Jeep said, "Our analysis shows the incidents, which are the focus of [NHTSA's] request, occur less than once for every million years of vehicle operation.... This rate is similar to comparable vehicles produced and sold during the time in question."

And so, Jeep stood its ground. In fact, the company said quite clearly that "The company does not agree with NHTSA’s conclusions and does not intend to recall the vehicles cited in the investigation".

The pushback was so rare that it became front-page news across the U.S. And as it turns out, consumers were paying attention.

YouGov is a marketing firm that interviews 5,000 people in the U.S. every weekday. Through those interviews, the company follows customer perception on a range of brands, assigning scores on its own "BrandIndex" scale that run from -100 (extremely negative) to 100 (extremely positive).

Jeep wasn't faring too well on the BrandIndex scale before the recall debacle -- at least not as well as other automakers. Still, its score of 10 bested that of its parent, Chrysler, which earned a 7.

As you'll see from this graph, things changed dramatically after Jeep publicly announced that it wouldn't recall the Grand Cherokee or the Liberty. As the story hit the headlines, consumers' opinion of Jeep plummeted from positive to negative territory, going from 10 to -6 on the BrandIndex chart. That's the lowest score Jeep has received since June of 2009. Chrysler took a lighter hit, falling to just around 1.

How long will it be before Jeep recovers? It's hard to say in cases like these -- though the graph seems to indicate that things could get worse before they get better.