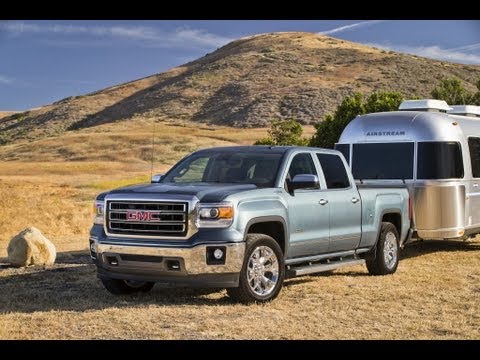 Drift north out of the lights of Santa Barbara, and California gets dark quickly, as if it's trying to extinguish the whole idea of Lompoc.

Somewhere in those 3G-free hinterlands, we're surrounded by scrubby wilderness, wrapped in the sound of crashing surf, drifting into a rugged sleep.

Until we are mortified by the sound of a skunk rifling through the fire pit roughly ten feet away.

And yet we have no fear, and no unwelcome scent, either. We're cocooned in 400-thread-count sheets and feather duvets in the 60-degree air, canned in the aluminum skin of a fab little Airstream trailer. You can have your Coleman tent for now, thanks--this pup's perfect for reflecting Pepe Le Pew's personal jet stream the other way. Le shoo!

It's called glamping, okay? We're no strangers to roughing it, but this weekend, we're calling ourselves the Glampetts and giving up on the idea of getting restraining-order close to nature. We've pulled a 23-foot luxury trailer to a hilly stretch overlooked a Pacific beach--stocked to the fill mark with wine, hot water, and 240-volt service, and some happy little lights strung over the trailer's power-folding canopy.

And we don't care who's watching when we hitch up and try to park the whole damn thing a half-dozen times.

What an awesome reality show title that would be, right? Instead, it's GMC's chance to vet us and make sure its trucks and Airstreams will come back in two separate, whole pieces.

It's a tailor-made task. With the Sierra, GMC has a trailer king, in its recent past and now with the 2014 version, too. The F-150's grabbed headlines with EcoBoost engines and MyFord Touch controls, while the Ram 1500's semi looks got great gas mileage this year in the form of a 25-mpg V-6/eight-speed drivetrain. The Sierra comes back with what GM says is the segment's best tow ratings.

For 2014, GM has finally tackled a fairly complete renovation of its full-size trucks. It's not a from-scratch rework, but the Sierra (and Chevy's Silverado) change substantially in all the important ways that make trucks better to drive, more efficient, and more technologically advanced. The frames are reinforced; the drivetrains are completely reworked; the cabins are restyled; and the infotainment systems are entirely replaced with the excellent systems already found in some other GMC crossovers.

Trailer Academy turns out to be a school we'd graduate with honors. The basic rules of other driving schools are turned on end: instead of going fast, cutting tight corners and taking chances, patience and wide berths are rewarded.

It's more a demonstration of how technology has boosted the capabilities of light-duty trucks into the territory once owned by heavy-duty machines. The V-6 Sierra alone can tow up to 7,200 pounds, more than the 23-foot trailer we're swinging through a 30-mph lane-change maneuver without flaw. Could you do it at 50 mph? Easily. Even faster? Sure, but that's just silly, especially in a state that restricts trailered vehicles legally (ahem) to 55 mph. We're sure the very alert semi drivers barreling past us on the 101 were totally aware of that rule.

A simple adjustment of the trailer brakes, some other setup and safety checks, and we're off for the 60-mile trip to a campground that's well-known for catering to camping divas. On the way, it's more than enough time to admire the 10-for-$1 avocados as well as the Sierra's new cabin.

Taking center stage is the Sierra's installation of IntelliLink, the smartphone hookup that also doubles as voice-command central and a navigation hub, if you have it. IntelliLink's strong suits are its pretty screens, logical layouts, and redundant hard keys--but we ran into trouble importing a couple of contacts as destinations, same as in some other vehicles and in Cadillac's similar CUE. It's related to data delivery, and this far out of reality, the 3G signal is weak. At least our country-music Bluetooth stream is strong.

Settled into base camp and parked--easily, as it turns out--at GMC base camp, we spend all of the next day touring the fringes of Neverland Ranch and just-as-wacky Solvang in the Sierra V-8 Crew Cab as well as the new V-6. The looks don't lie: the Sierra's new body says rugged, and so does its hardware.

In hindsight, we'd have spent even more time in the V-6 if our 30 Day Ram 1500 had been on hand. The two are convincing evidence that it's time for truck drivers to take a second look at the latest six-cylinder powertrains, and judge how much and how often they're really towing. The V-8 doesn't extract that much of a gas mileage penalty--not at 23 mpg highway--but does everyone really need 11,500 pounds on call? Or the 12,000 pounds of towing coming later this year with the 420-hp Sierra Denali?

The Ram may ride better, but GMC's caught up to its steering feel. Electric power steering's having the inverse effect on trucks that it's having on cars. It's welcome here.

Given our bias to on-road driving, we'd opt for a Crew Cab with either the six or the 5.3-liter eight, but some of the Sierra's new features are not up for discussion. We came away with better impressions of the stock cloth seats than of the leather-covered, ventilated ones--which feel flatter, probably due to the ventilation system's packaging.

IntelliLink's an obvious choice for anyone with a smartphone, but we'd also spec out the five USB ports and the 115-volt outlet on the order sheet, especially handy when you're toting a GoPro, phone, all kinds of batteries, and an iPad--which gets its own perch on the console, on five-passenger models.

We'd choose the five-seat model, with its wide console and oodles of cupholders, because dehydration is probably the number-one public danger of our time, after a low phone battery. As for the cargo space, the bed's already outfitted with handy basics like tie-down hooks, an LED spotlight and rim lighting, and a step bumper. The spray-in bedliner's the next must.

We can even see a time and place where we'd spend up for the Sierra's optional Z71 off-road suspension, the All-Terrain package's automatic locking rear differential, or the coming Sierra Denali's Bose audio and ventilated seats. But that time and place would probably include an Airstream parked in our driveway, on call at all times.

The skunk? Ah, he would be a factory delete.

For our bottom line on GM's new trucks, watch the video on this page, and take a look at our full review of the 2014 GMC Sierra, and our 2014 Chevy Silverado road test, too.