HomeNews30 Days Of The 2013 Audi Allroad 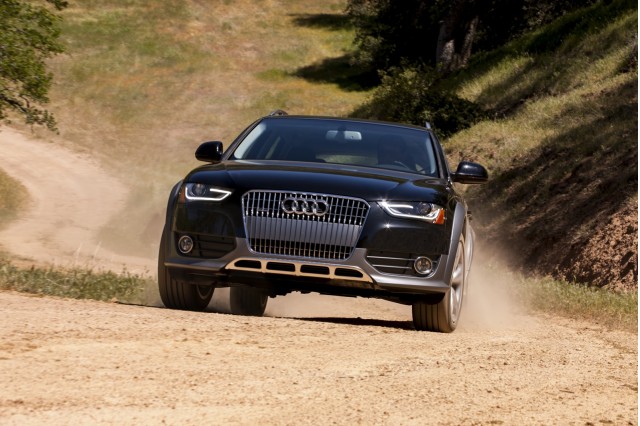 As we spend the month of June with a 2013 Audi Allroad, we feel it's important to take a look back at the history of this nameplate, and how it's evolved from one generation to the next.

Back in the early 2000s Audi didn't have a crossover or SUV in its lineup, and at the time it didn't have plans to launch one in the near future. Families were flocking to these utility vehicles for their added cargo capacity, extra ground clearance, and all-weather capabilities. To compete with these popular vehicles, Audi introduced the first-generation Allroad.

Based off of the C5 A6 platform, the 2001-2006 Audi Allroad was an A6 Avant wagon with Audi's quattro all-wheel-drive system. It featured an adjustable air suspension that could vary the ride height for added ground clearance. It also featured a tougher look with plastic cladding and a composite roof panel. Initially the Allroad was equipped with a 250-horsepower 2.7-liter twin-turbo V-6 engine, though during the last two years of its model run it was available with a 4.2-liter V-8 engine rated at 300 horsepower.

That air suspension we mentioned earlier was really the key feature of the first-generation Allroad. It could raise the vehicle to provide more than eight inches of ground clearance. Combined with the quattro all-wheel-drive system, the Allroad was actually quite capable off-road.

The new 2013 Audi Allroad is essentially an A4 wagon with added ground clearance, body cladding, and a beefier personality. Unfortunately the new Allroad doesn't feature a trick air suspension like the previous-generation. Styling changes include a unique grille, skid plates, aluminum side sills, and the plastic body cladding.

Even though the first-generation Allroad was based on the A6, the new Allroad based on the A4 is actually 2.3 inches taller and 0.6 inches wider. It rides on a longer wheelbase, and there's more leg and head room inside. The cargo space rivals most crossovers, with the ability to swallow 27.6 cubit feet of knick knacks.

The V-6 and V-8 engine options from the previous generation have been replaced by a 2.0-liter turbocharged four-cylinder rated at 211 horsepower. The power is handled by an eight-speed automatic transmission with manual shift capabilities.


A lot has changed since Audi first launched the Allroad. It now sells two crossovers in the United States with its third crossover coming soon. Whether we'll see a return of the A6-based Allroad is anyone's guess. But for now the Allroad nameplate lives on with this new model for 2013.