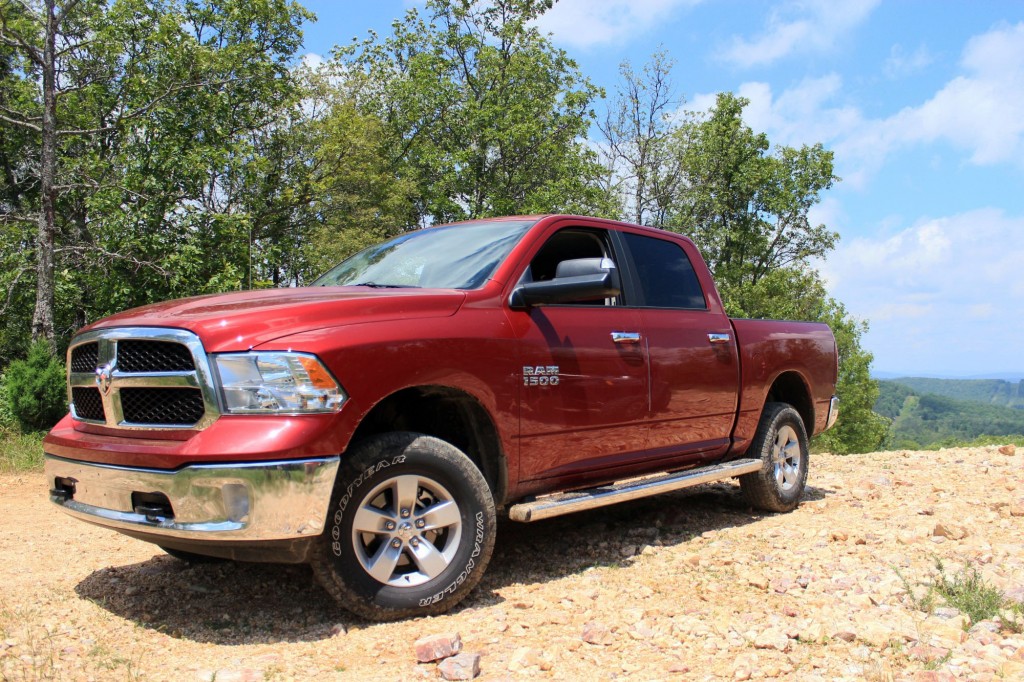 Pickups and gas mileage aren't exactly known for their good relationship. That's all the more reason every mile per gallon counts with trucks--a 1 mpg gain for a 15 mpg truck is equivalent in gas savings to about 3 mpg in a 50 mpg hybrid.

We've been keeping a sharp eye on the mileage of our 2013 Ram 1500 V-6 so far. Read here for the details on its 16.9-mpg average during its two-week stay in Atlanta, as well as the fuel-saving technology available on the Ram.

During the last 12 days with the Ram here in Little Rock, it has averaged 17.3 mpg--very close to what it averaged in Atlanta, even though its use here has been rather different.

First we used it for a week's worth of daily driving, including frequent brief suburban trips and some short stints on freeways. Then we spent a day at Superlift Off-Road Vehicle Park with it, slowly climbing steep, rocky terrain in 4WD mode. Another week spent running mundane errands, and our total mileage with the Ram in Little Rock is 267 miles, using 15.413 gallons total. 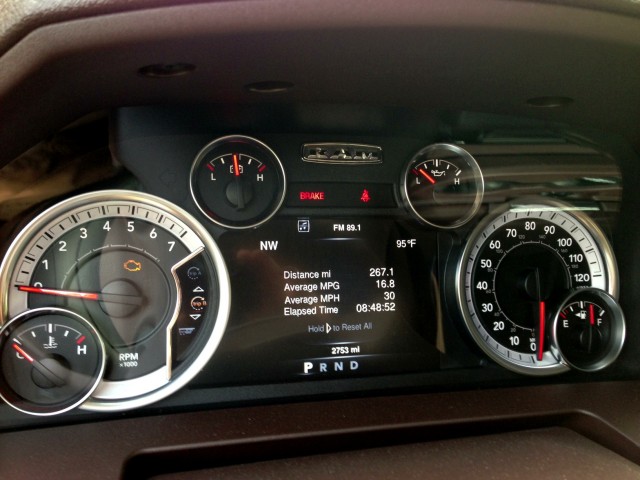 Details on the Ram's gas mileage with a load behind it will come alongside our evaluation of its towing abilities, so look for more this weekend.

Considering the 2013 Ram 1500 V-6's EPA gas mileage rating of 16 mpg city and 23 mpg highway, we appear to be sticking well toward the lower end of that range. We're more than 2 mpg below the EPA combined mileage estimate of 19 mpg.

As we've noted before, however, that variance is within the 20-percent range the EPA says is normal.

In all, the gas mileage of the Ram during its stay thus far in Little Rock hasn't been particularly impressive; we have a V-8-powered American SUV of our own that manages 15-16 mpg in the same sort of use.

It might seem like the sacrifices the V-6 makes in power and towing capacity for the benefit of one or two real-world miles per gallon are too great. But it's important to remember the impact just 1 or 2 mpg can have at this fuel consumption level. Using our previous analogy, a 2 mpg savings over a 15-mpg truck results in roughly 12 percent less fuel used for a given trip. A savings of 12 percent on a 50-mpg hybrid would yield 56 mpg--and 6 mpg is nothing to sneeze at, right?

The thing is, in the example above, both cars save the same total portion of their gas budget each month. Perhaps even more importantly, the 0.4 gallons of gasoline you'll save every 100 miles in the 17-mpg truck is twice the 0.2 gallons you'd save in the 56-mpg hybrid. That means less carbon dioxide and other pollutants going into the air--and a smaller impact on your wallet.