Apps To Arrive In GM Vehicles By Late 2013 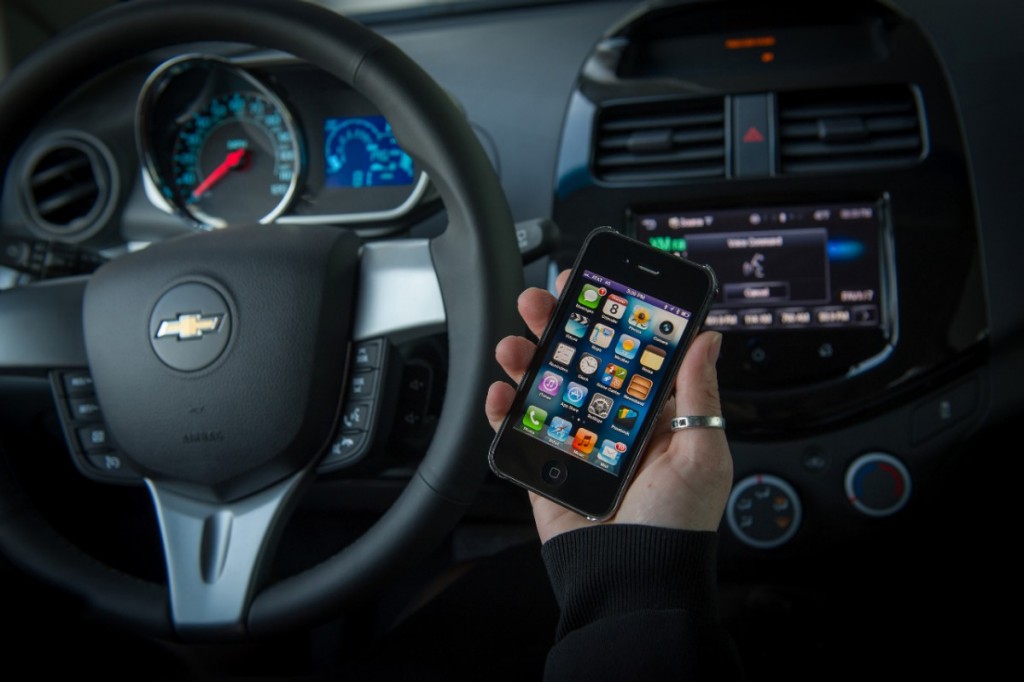 We've known for some time that apps are coming to cars. The writing's been on the wall since the debut of Apple's App Store in 2008, which is about the time that apps began taking center stage in our daily lives.

The problem automakers face is making those apps work efficiently and safely. According to Cnet, General Motors believes it's found a solution to those problems, and consumers should see evidence of that later this year.

Though GM didn't go into great detail about its plans, it appears that the automaker wants to become a major player in the app arena. Rather than allowing in-car apps to be powered by handheld devices like smartphones, GM wants to maintain an app marketplace of its very own.

That's all well and good, but it seems to be a step away from the goals of the Car Connectivity Consortium, which GM helped launch in 2011. The Consortium is an advocate of "Terminal Mode": in Terminal Mode, apps live and run on mobile devices, but when those devices connect to a vehicle, a pared-down version of the app interfaces also appear on dashboard screens. So, for example, if you were to plug your iPhone into your car's infotainment system, and that system made use of Terminal Mode, the Pandora on the center stack would look a little different than the one on your handset.

Judging from GM's chat with Cnet, however, the automaker would rather create apps that live in the vehicles themselves, rather than having cars act as dumb terminals that simply mirror smartphone screens. That would be an unusual but very interesting move on GM's part.

If the company follows that business model, what might arrive in late 2013 is something closer to GM's BringGo app, which was previewed on the 2013 Chevrolet Spark. BringGo lives on a hard drive in the car, but it receives data from the cloud, via the owner's smartphone (and her data plan). That gives GM the ability to charge for an app -- in BringGo's case, about $50 -- without having to provide bandwidth for updates. The technical term for that is "having one's cake and eating it, too".

Provided that GM's app plans meet NHTSA's proposed guidelines for distracted-driving safety, we're eager to see what the company comes up with. And no matter what happens, making greater use of apps is a perfect match for GM's vehicle connectivity plans, which will make 4G LTE service and wi-fi hotspots nearly ubiquitous in new GM vehicles as of next year. Clearly, GM is planning to take a leadership role in the connected car movement. We'll keep you posted as GM's plans go public.