Insurance Firm Partners With Anti-Texting Gadget-Maker: A Sign Of Things To Come? 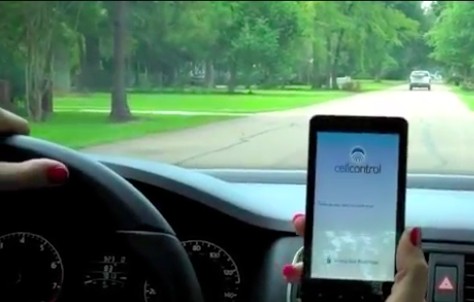 We've seen plenty of insurance companies offering discounts for devices that track driving habits like mileage and hard braking. Now, one small U.S. insurer is doing something a little different in a ploy to cut down on distracted driving -- and presumably, the accidents it causes.

The company is called Arbella, and it's based in New England. Recently, Arbella announced that it would offer its customers substantial discounts on the Cellcontrol anti-texting gadget.

Cellcontrol is a bit different from other distracted-driving innovations. It relies on a device that plugs into a vehicle's onboard diagnostic port, which then communicates with users' cell phones.

Parents can set up the device and link it to their kids' phones. (Fun fact: Cellcontrol works with most smartphones and even feature phones, though it still doesn't support the iPhone.) When Cellcontrol detects one of those phones nearby, it disables most of the phone's features, dramatically limiting the number of distractions it can provide.

Better yet, today the company announced a new feature called DriveID that helps Cellcontrol determine whether a particular phone belongs to the driver or to a passenger. That means that on family outings, Cellcontrol will only disable the phone belonging to mom or dad (whomever is driving), allowing kids to text, email, and listen to music on their phones in the backseat.

Normally, Cellcontrol costs $89, but Arbella has arranged for 700 of its customers to receive the device for just $25. According to John Donohue, the firm's CEO:

Sending a text message while driving increases the risk of a crash by 23 times, and more than 3,000 people are killed each year in crashes involving a distracted driver. The epidemic of distracted driving, particularly among teens, continues to worsen. Arbella believes strongly that using text-blocking technology is another important step toward helping drivers break the mobile phone addiction and keep their eyes on the road. We're making this solution more affordable with the hope that it will help put an end to distracted driving tragedies in our communities.

At the moment, devices like this and Progressive's Snapshot are entirely optional for policyholders. They're meant to attract new customers with special features and discounts. But how long will it be until they become mandatory? It could be sooner than you think.

UPDATE: After posting this article, we received this note from the head of PR for Esurance (which is owned by Allstate): "I saw your post about the Arbella/Cellcontrol deal and wanted to point out that Esurance did a deal with them last month... [W]e were the first insurance company to offer Cellcontrol technology, and unlike Arbella, we are offering it for FREE to our teenage policyholders.