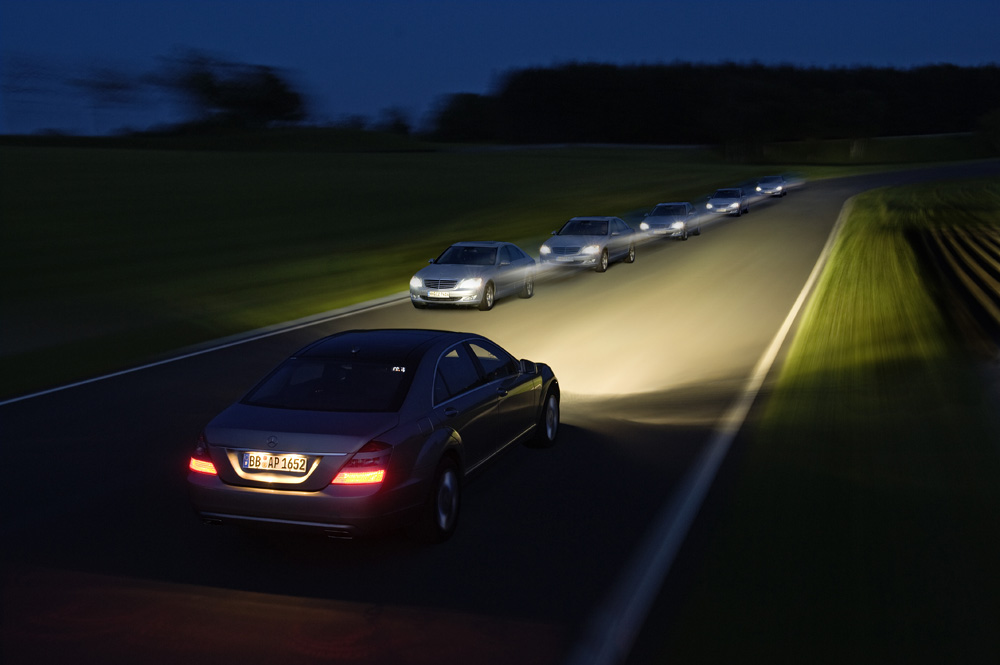 In the right hands, technology is a magnificent thing. The printing press improved literacy rates and sparked the rise of the middle class. The telephone shrank the world, allowing us to speak directly with friends and relatives around the globe. The internet merged both of those inventions, spawning a new economy and giving us previously unimaginable communications tools.

Technology has improved the world of driving, too. New safety features, improved entertainment options, and satellite navigation have made our lives on the road a little more enjoyable.

But what happens when technology and the legal system collide? We're seeing that problem play out right now, and the battleground, oddly enough, is the humble headlight.

Mercedes-Benz was one of the first automakers to announce adaptive headlights, way back in 2008. Using a tiny camera located inside the windshield, the system faded from high-beam to low-beam, depending on the presence of vehicles and pedestrians. More recently, we've seen similar innovations from Volvo and Audi.

The only problem is, those inventions contradict a 1968 U.S. regulation, which requires that headlights switch from high-beam to low-beam, with no intermediate settings. These new systems eliminate the need for a switch, since they flow from one setting to the other as needed.

Mercedes offers a simplified version of its headlight in the U.S., which dodges the regulation by offering automated switching. But as the technology evolves, the switch will become increasingly irrelevant. In fact, automakers argue that it will become a hindrance.

Thankfully, according to Auto News, Toyota may be able to save the day.

Toyota has developed an adaptive headlight system of its own, which is already installed on over 16,000 vehicles in other parts of the world. Earlier this spring, Toyota petitioned the National Highway Traffic Safety Administration to change the headlight rule so that it can begin installing the headlights on vehicles in the U.S..

NHTSA has signalled that it is open to revising the regulation. However, Toyota will need to demonstrate that the new headlights maintain or improve current safety standards.

In doing so, Toyota will likely point to statistics from the Highway Loss Data Institute, which show that adaptive headlights result in improved safety and fewer insurance claims. It will also argue that the new headlights could save the lives of nine pedestrians on U.S. roads every year. Though that's not a significant proportion of America's 2,334 annual pedestrian deaths, it does show that Toyota's headlights offer some improvement over existing models.

Of course, we all know that Toyota, Mercedes, Volvo, Audi, and other automakers aren't just developing these gadgets this to make their vehicles safer. They're also doing it to benefit the bottom line: advanced safety packages bring in big bucks and gives automakers a competitive edge.

There's no word on when NHTSA might issue a ruling or revise current regulations. We'll let you know when -- or if -- that happens.