GM's Partnership With AT&T Could Bring Ads To Your Dashboard 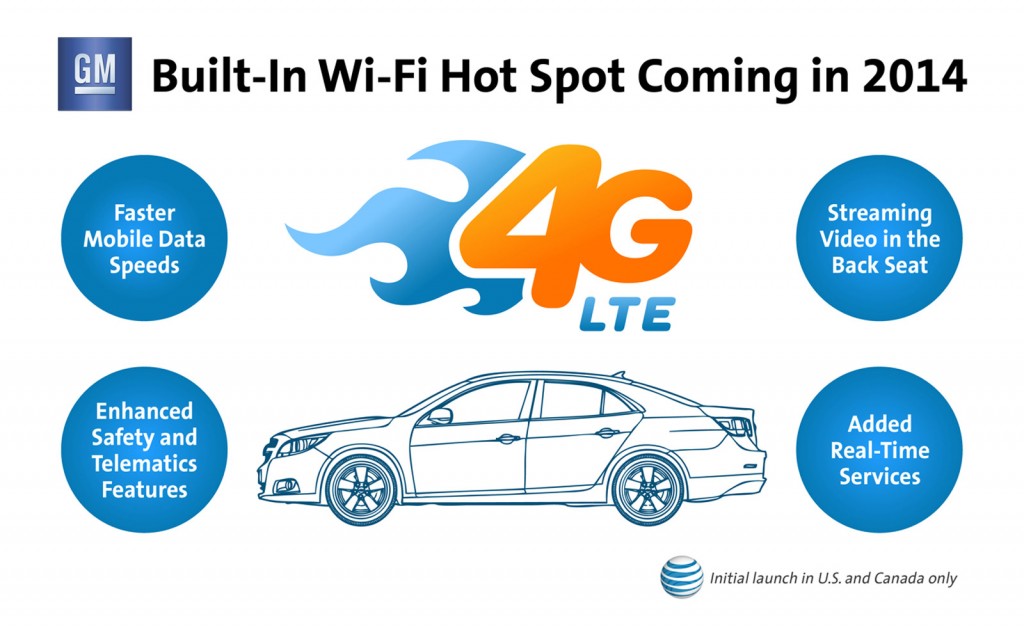 Back in February, we told you about General Motors' new partnership with AT&T, which will make 4G LTE and wi-fi hotspots available in most GM vehicles, starting next year.

That's great news for consumers. It means improved connectivity for navigation, entertainment, and add-on services like GM's OnStar. But according to Detroit News, the partnership could mean big bucks for GM, too.

Some of that revenue will come in the form of equipment and upgrades. Obviously, Buick, Cadillac, Chevrolet, and GMC customers will shell out for the new service, which will probably be part of an enhanced communications package. We also expect there to be charges for the hardware that enables the wi-fi hotspot. And of course, consumers will pay a monthly fee to AT&T for 4G service.

But in a conference call with analysts, GM's CEO Dan Akerson said that the company is also in negotiations to receive a fee of around $20 from AT&T for every customer who signs up for 4G service.

Why would AT&T agree to such a deal? Not only will AT&T land thousands of subscribers on a brand new platform, AT&T may also be able to sell in-car advertising, which would be displayed on GM's in-dash screens. In other words, GM will likely be giving AT&T two forms of revenue -- subscriptions and advertisements -- which gives GM, in turn, a little extra power at the bargaining table.

Following the call, GM's communications team issued a statement saying, in effect, that Akerson had jumped the gun: "During the call, some specifics were offered up regarding our partnership with AT&T and the new business model opportunities it may create.... These comments did not disclose the entirety of both sides of our agreement with AT&T and we are not prepared to discuss those particulars at this time."

In other words: Akerson spilled the beans on the agreement's current form, but things may change before the program launches. Stay tuned.