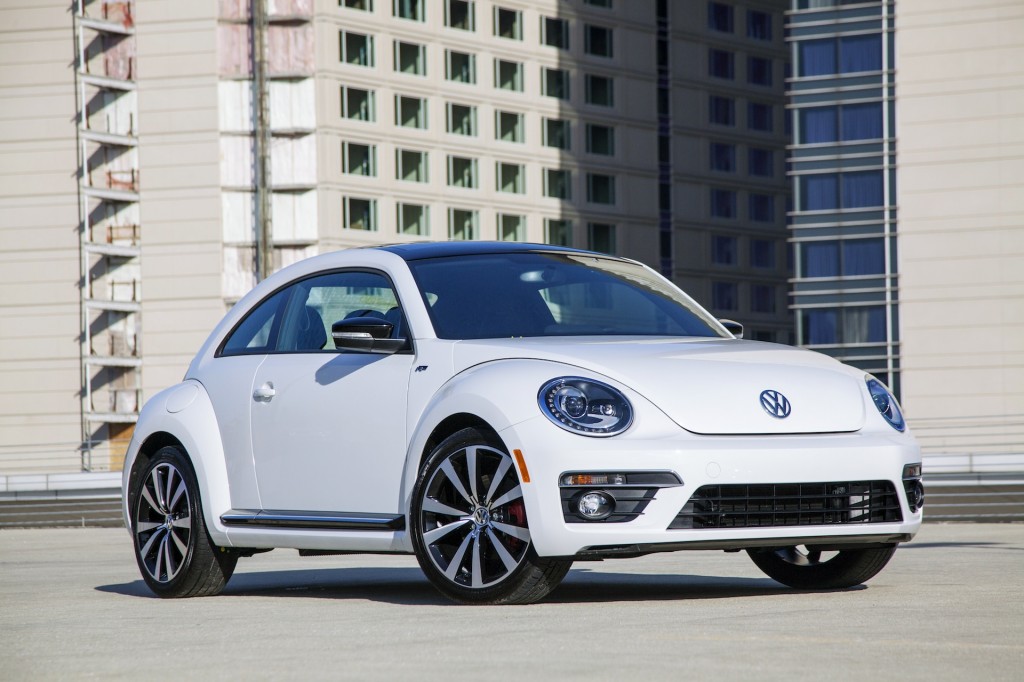 Volkswagen says its new Beetle Turbo R-Line will be priced from $30,135 when it goes on sale later this month.

The new version of the Beetle replaces the top trim line of the current car in the midyear change. It's fitted with 19-inch wheels, new front and rear fascias, LED daytime running lights, and R-Line badging, along with stainless-steel trim.

Under the hood, the Beetle Turbo R-Line shares a new engine with other Turbos and with the 2013 Jetta GLI. It's a new generation of the long-running 2.0-liter turbocharged four that currently produces 200 horsepower and 207 pound-feet of torque in several VW products.

The new-generation engine gets upgraded for new duty with thinner castings, integrated exhaust headers, and better counterbalancing. It's also built at VW's new Silao, Mexico, plant. Net output is up to 210 hp, while torque remains the same. The improvements in power and efficiency drop 0-60 mph times in the Jetta GLI and VW Beetle Turbo by a tenth of a second or two, but maybe more importantly, VW says they also improve EPA-combined fuel economy in the Beetle by 4 to 8 percent.

All new versions go on sale this month as a running change in the 2013 model year.