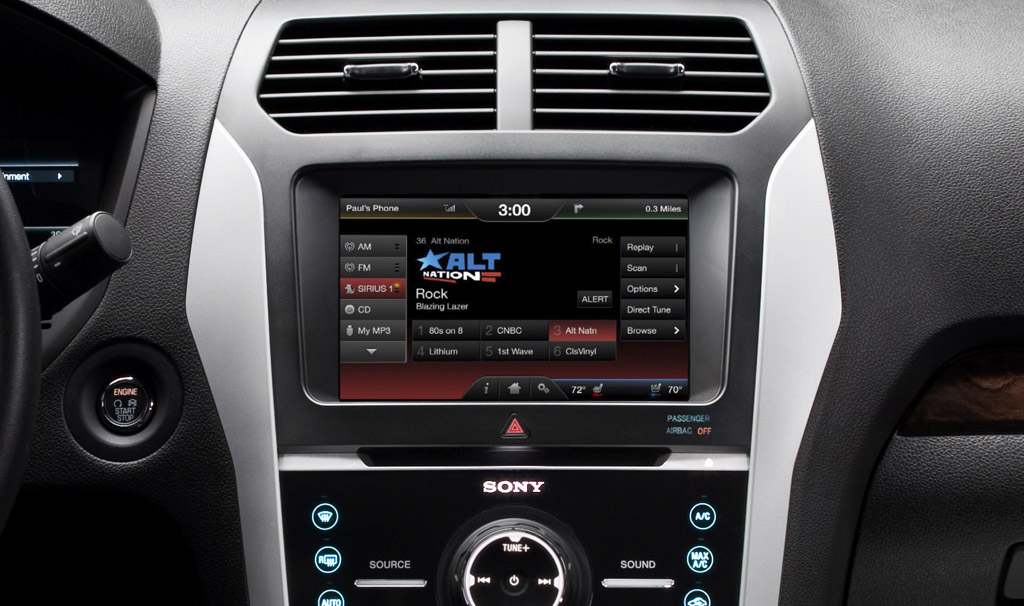 Driving sure isn't what it used to be. And while that might apply just as well to how that new car accelerates, steers, or rides, here we're talking about what's inside—namely, that big, bright screen in the middle of the dash.

So-called infotainment interfaces are becoming a center point to the in-car experience—an essential part, if you ask some vehicle shoppers. And yet, these systems, which bring features like navigation, hands-free calling connectivity, music and media management, and all sorts of additional information and productivity into the car—and wrap it all together with a single go-to interface—are quite often maligned.

At best, they're the smooth, cohesive way to do everything you might want or need to do from behind the wheel, while keeping your eyes on the road and keeping you from picking up a hand-held device. But at worst, these systems can be distractions in and of themselves.

What makes some of these systems feel natural and others frustrating? Whether considering MyFord Touch (Ford), CUE (Cadillac/GM), iDrive (BMW), COMAND (Mercedes-Benz), MMI (Audi), Uconnect Touch (Chrysler), the elements that make up these interfaces aren't not all that different, fundamentally. Even though their hardware might be significantly different, you have a display screen (touch-sensitive, or capacitive in some cases); there's a rotary or toggle controller on most; voice control is deployed to some degree; and then you have some back-up buttons on the dash and/or steering wheel, with a corresponding graphic array and menu system.

“It's the nuance of it that makes them so distinct,” says Mark Boyadjis, a senior analyst at IHS Global insight.

And more than the actual capability of the system—the resolution of the display, or the amount of storage, for instance—it's in the fine user-interface details where some of these systems can delight, or frustrate, Boyadjis notes.

Ford may have jumped the gun in getting its MyFord Touch (voice- and touch-screen-based system) launched several years ago; at first it pushed ahead without regard to some of the fine details—resulting in issues like screen freezes, fonts that changed appearance, and menu options that intermittently disappeared. Although the automaker has fixed many of these hiccups and it's now quite good, notes Boyadjis.

To some degree, it's also the cost of being a forerunner. BMW quite famously first launched its iDrive more than a decade ago with a haptic-feedback rotary controller essentially replacing a sea of buttons. The design result was breathtaking and elegant, but buyers ended up bewildered by the interface, which concealed some relatively common tasks in nested menus, within other menus. Over the years, BMW has brought out several better versions, added better voice control, and brought back some of those buttons; although it's still on our list of frustrating interfaces.

A lot of disappointment out there...

Yet disappointment and dissatisfaction with the hands-free features, as related to these systems, is widespread, and satisfaction with original-equipment navigation systems and interfaces is falling. The market research firm J.D. Power attributed infotainment issues to a tumble in its 2012 Initial Quality Study (IQS), which looks at issues in the first 90 days of vehicle ownership. Hands-free systems not recognizing voice commands was the single most-reported problem, while owner-reported problems with factory hands-free systems has climbed 137 percent in four years.

At the same time, as certain tasks and apps—everything from customized music streams to text-to-voice features to turn-by-turn navigation—are becoming smartphone based, the role of such systems is rapidly changing, going well beyond a hands-free phone interface and a menu system for navigation. For instance, in J.D. Power and Associates' 2012 U.S. Navigation Usage and Research Study, 47 percent of vehicle owners polled indicated that they used a smartphone app for navigation in the vehicle, while 46 percent said that they either “definitely would not” or “probably would not” purchase another factory-installed nav system, if smartphone navigation were integrated.

"Navigation systems are no longer viewed as a stand-alone component, but as part of a media, safety and infotainment package, and are expected to seamlessly work together, but in many cases are falling short of owner expectations," summed J.D. Power analyst Mike Van Nieuwkuyk at that time. 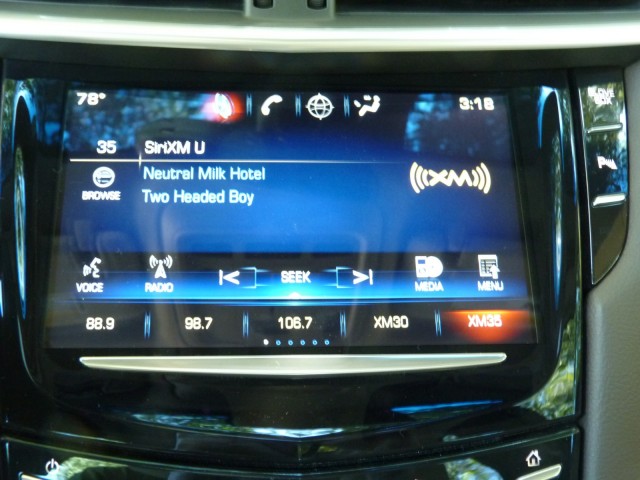 There is finally some relief on the horizon. In next-generation systems, hardware will make a major leap (that retina display, in a vehicle, isn't all that far away), and capacitive screens will be common. Some next-generation systems will also be able to recognize when a passenger makes selections, and allow them to program a new destination or change system settings—a common complaint.

Have it your way in the future

But perhaps most importantly, systems in the not-so-distant future will recognize that not everyone will feel at home with a particular interface. “One user might have a preference for touch screens, others for voice, some for rotary,” said Boyadjis. “Automakers know that they need to create a system that has redundancies.”

According to Boyadjis, there are concepts in the works that will let the driver customize an interface, or more simply, fill out a questionnaire, with the system then going to an interface that's customized for that kind of customer. Some voice-control systems already have it, he notes. Gesture-recognizing systems are on the way, too—as soon as automakers can agree on what each gesture means, and manage some other issues, like how some gestures won't carry well across cultural barriers.

After much debate, the High Gear Media editorial team singled out a few interfaces that either perform sluggishly or are stubbornly particular about the way people must interface with them. Although some of the newer screen-based systems like GM's CUE aren't short of issues either, we agree with the analysts we've spoken to and agree that more interface options is a good way to avoid frustration.

All-in-one vehicle interfaces are here to stay, and they're getting better; but follow on to see five systems that could drive you bonkers. And be sure to tell us about your own experiences: What works and what doesn't? 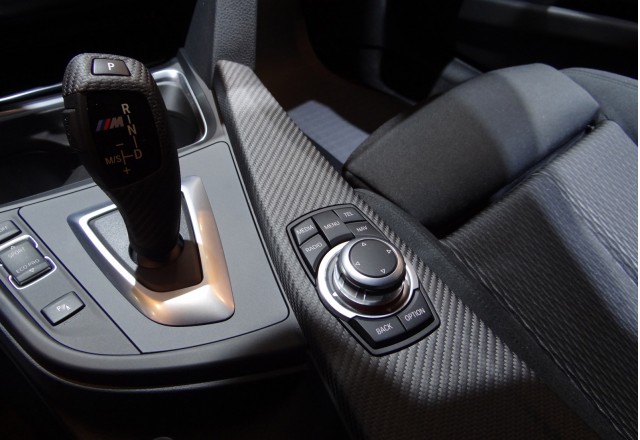 BMW could have changed course after its once much-maligned iDrive was introduced more than a decade ago on the 7-Series. But BMW stuck with it, and several iterations later it's much-improved.

That said, iDrive still requires a steep learning curve, and for those who are first getting into a car with without having first watched a video on it, gotten a presentation, or perused an owner's manual, it's hardly straightforward. At the same time, others of us appreciate how the core interface of iDrive—involving first pushing the knob in a particular direction, then twisting it (with haptic feedback) to navigate the menus, hasn't changed in many years. If you've learned it once, it's familiar across their models.

Even on recent versions of iDrive, voice commands are limited while there's still no physical way to shortcut the knob interface and hard keys.

Curiously—and against the very reason for its existence in the first place—BMW, in order to make iDrive more functional, has actually brought some buttons back. 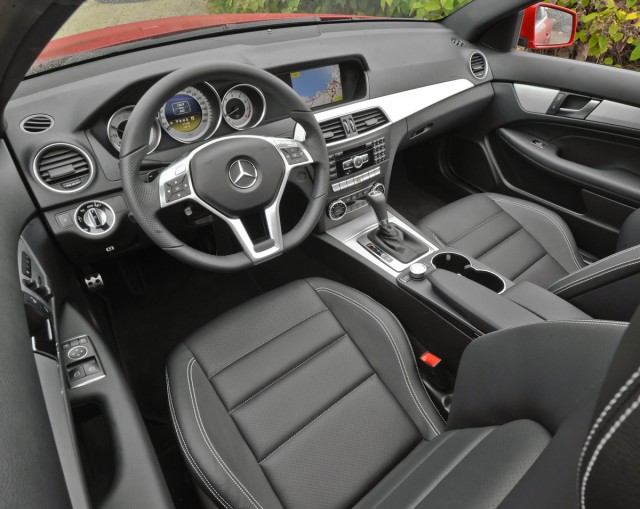 Mercedes-Benz starts with a simple rotary or toggle controls for its so-called COMAND in-dash system. But almost anyone who's used a smartphone or tablet will find that the menu system here is a confusing mess at times. Main menus appear up high, with submenus down low (sometimes additional options appear to the left or right); the screen doesn't allow touch; and using voice controls to their best requires you to pre-record yourself saying a long set of commands. Some things like navigation place-name entry and phone pairing are more complicated than they need to be, too.

“COMAND is the worst interface of the modern crew, but one of the easiest to actually use,” summed one of our editors, who noted that despite its odd, unintuitive organization, nothing is more than a couple of levels deep in the menu structure. 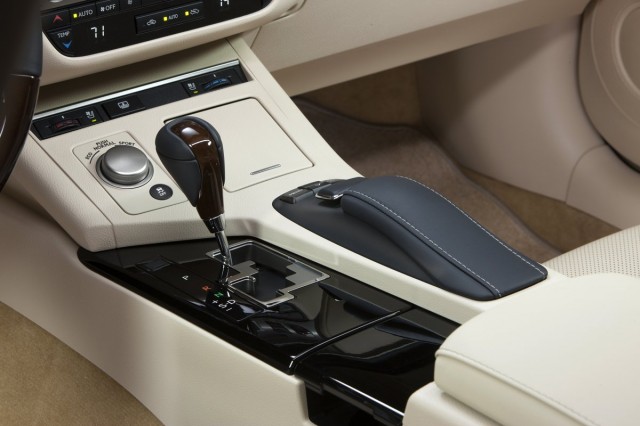 We're conflicted about this one, honestly. Perhaps in a nod to the older crowd that tends to consider the brand, Lexus has set up its Remote Touch system to be about as close to a simplified desktop computer as you'll find in a car. The screen uses a simple, understandable menu system, nice large fonts and boxes, and takes advantage of color. And several of our editorial team do appreciate how the system has haptic feedback, allowing you to feel a little pull (or click) as you go from one screen option or area to another. Yet several of us see this system as one of the most frustrating of all, because even after you 'learn' the system you still need to keep an eye on the screen—and off the road—whenever making a selection. 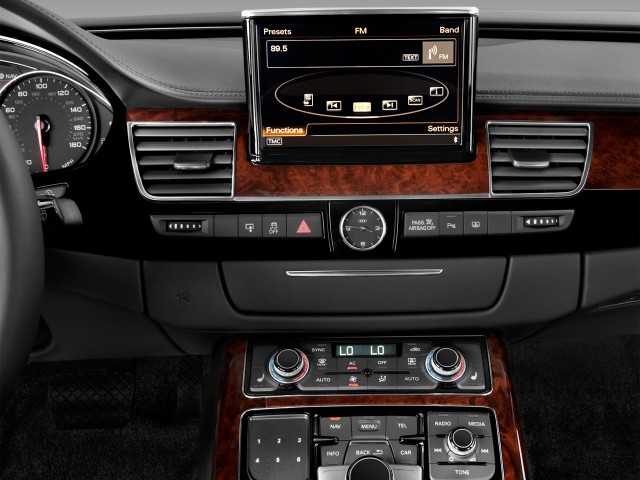 An editor called the latest iteration of Audi's Multi-Media Controller (MMI), now used throughout much of the lineup, “half-brilliant, half-assed,” and much of our staff agrees. While we love the beautiful, very functional Google Earth maps and wide-screen displays, and the very cool scratch pad that lets you trace out letters for destination input, we find the structure of its menus—and how there aren't just easy, ever-present shortcuts, presets, or bookmarks for frequent tasks—frustrating once you get to use the system more.

“The Germans, as a group, have decided we're too dumb for touchscreens,” commented another editor. “There's physically no way to shortcut the knob interface and hard keys.” 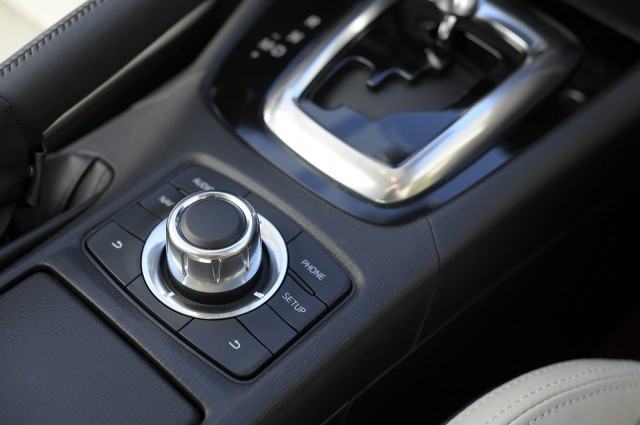 In an affordable car, the new Mazda system was the most frustrating system of any we've recently encountered. The top-level infotainment system in the new 2014 Mazda6 and CX-5 pairs TomTom navigation with integration for hands-free calling, media and satellite radio, and even Pandora music integration, provided you've installed the app on an iPhone or other approved handset. But maps and menus are laggy, voice controls are extremely limited, and the central-console controller, while it looks great, ends up feeling like an underdelivering iDrive knockoff.