Distracted Drivers Cause 10% Of Fatal Accidents, But Are Phones To Blame? 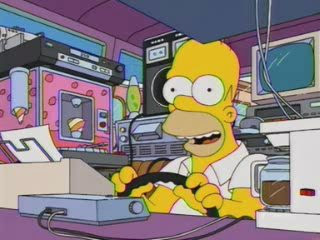 We often talk about the dangers of distracted driving -- and for good reason. Of the 32,367 traffic fatalities on U.S. roads in 2011, over 10% were linked to distracted drivers.

But here's the thing: conversations about distracted driving typically center around mobile phones and motorists who chat, text, or tweet behind the wheel. Are those really the biggest distractions for motorists? According to a new study, the surprising answer is "not by a long shot".

In consultation with the Insurance Institute for Highway Safety, Erie Insurance Group analyzed two years of data from the Fatality Analysis Reporting System (FARS), a nationwide record of fatal vehicle collisions that's maintained by the National Highway Traffic Safety Administration. Erie focused on accidents that were attributed to distracted driving, poring over police write-ups of those incidents to determine which sort of distraction(s) played a role.

In the end, Erie found that cell phones were the second most common distraction, but weren't even close to making the #1 spot. According to Erie's Doug Smith, "Distracted driving is any activity that takes your eyes off the road, your hands off the wheel, or your mind off your primary task of driving safely." Here are the ten most distracting activities for motorists, according to Erie's study:

10: Smoking (including lighting up and stubbing out cigarettes) -- 1%

8: Using other devices or controls that were part of the driving process (like adjusting mirrors and seats or using in-dash navigation systems) -- 1%

5: Using or reaching for a device that was brought into the vehicle (like headphones or a dashtop satnav) -- 2%

3: Rubbernecking to look at an object, person, or event outside the vehicle -- 7%

2: Using a cell phone (including talking, listening, dialing, or texting) -- 12%

That said, Smith is quick to point out that since FARS reports were generally collected by police officers at crash sites, drivers might not have been entirely honest during their interviews. That's particularly true with regard to cell phone use, since it's prohibited in many parts of the country -- which means the cell phone stats might be higher than FARS indicates.