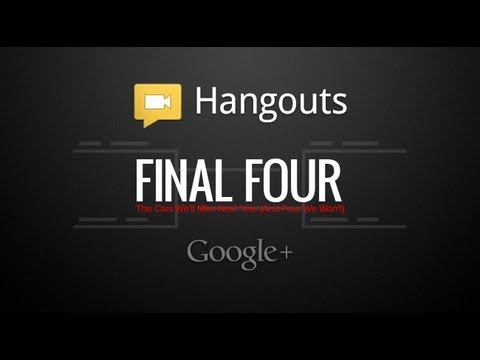 We've already begun to review the best new cars, crossovers, trucks and minivans for the 2014 model year--cars like the 2014 Jaguar F-Type, Chevy Impala, and Mercedes-Benz CLA.

But what about the cars that aren't coming back?

Last year, we brought you the definitive list of the vehicles that disappeared for the 2013 model year. And now it's time to wave some more goodbyes--some fond, some not so much--to the clutch of vehicles that won't be hitting the road next year.

You won't be surprised by some of them. In at least a couple of instances, some of these vehicles would not go gently into the night, no matter how many pillows were held to their face. Others are certainly getting buried long before their time, and no amount of CPR will help at this point.

Send your condolences to the brands below, and do yourself a favor--don't hold out for 2014 reviews on these disappearing cars:

The ZDX puzzled us from the very start. A size-challenged spin-off of the Acura MDX, the ZDX gave up too much rear-seat and cargo space in its quest for a coupe-like body. Had it been priced closer to $35,000 instead of $50,000, it might have found a niche--but instead, 2013 will be its last year on sale.

The best Mustang you can buy was always conceived of as a two-year special. And special it is--we've driven it at Laguna Seca and had the most fun possible in a live-axle car this side of 1000 horsepower. But the BOSS is handing over the reins for 2014, while Ford preps an all-new Mustang for the 2015 model year. Mark your calendars for next year's New York Auto Show.

The Jeep Liberty never got as much respect as it deserved--or it got exactly what it deserved, depending on who you know. Jeep tussled with the degree of carlike qualities in the Liberty, and ended up with a vehicle packaged like an SUV, with less off-road capability and conversely, with the fuel economy of one--unless you're talking about the coveted diesel model. The Liberty's being replaced by the very awkwardly styled 2014 Jeep Cherokee, which has its head on straight when it comes to carlike qualities--it's derived from the Dodge Dart.

The Jaguar XF isn't going anywhere--but for the 2014 model year, it's dropping the base, normally-aspirated V-8 in favor of a supercharged V-6 and a turbocharged base four. The supercharged V-8s still are available, but if you want the quietest XF of 2013, it's time to buy.

The Mercedes E-Class lineup is getting a major overhaul for the 2014 model year--and in the process, it's reconfiguring two of its most desireable models. The V-6 turbodiesel gets replaced by a four-cylinder turbodiesel--and the E63 AMG models lose their rear-drive layout for standard all-wheel drive, all the better to market the cars in the Northeast.

Suzuki is dropping a lot of models for 2014. All of them. Maybe you've heard.

The VW Routan, the unloved stepchild of Chrysler's minivan power couple, is actually still being built in limited numbers for 2013 and 2014. The only problem is, you won't find them in retail showrooms. They're being used as corporate vehicles, we're told--most likely to soak up all the Routans that haven't been sold since VW and Chrysler inked the badge-engineered deal back in 2009.

The Volvo lineup needs new blood, and it's getting it by 2015 with the new V60 wagon. In the meantime, it's losing two of its slow-selling smaller cars. The C30 is losing its production home and its place in the lineup, while the C70 is simply aging out, having been around since the late 1990s.

There's no death certificate yet on these vehicles, but let's just say they're probably not planning much beyond 2014.

Mercedes-Benz CL-Class: Mercedes is promising six new models based on the 2014 S-Class. Who's betting the CL goes away in favor of an S-Class Coupe?

Mitsubishi Lancer Evolution: Mitsubishi's already said the Evo will die; at this point, it's up to them to pull the plug.


Scion xD: It's overdue for a replacement, and the xD doesn't do much more than the also slow-selling iQ.

Subaru Tribeca: Subaru says it's interested in building a better seven-seat crossover; a roomier Tribeca replacement will probably benefit from some Toyota partnership.

Toyota FJ Cruiser and Toyota 4Runner: They're "new" for 2014, but the very slight modifications on these truck-based utes seems dim.

Toyota Matrix: With the Vibe gone to pasture, will the slow-selling Matrix be far behind?