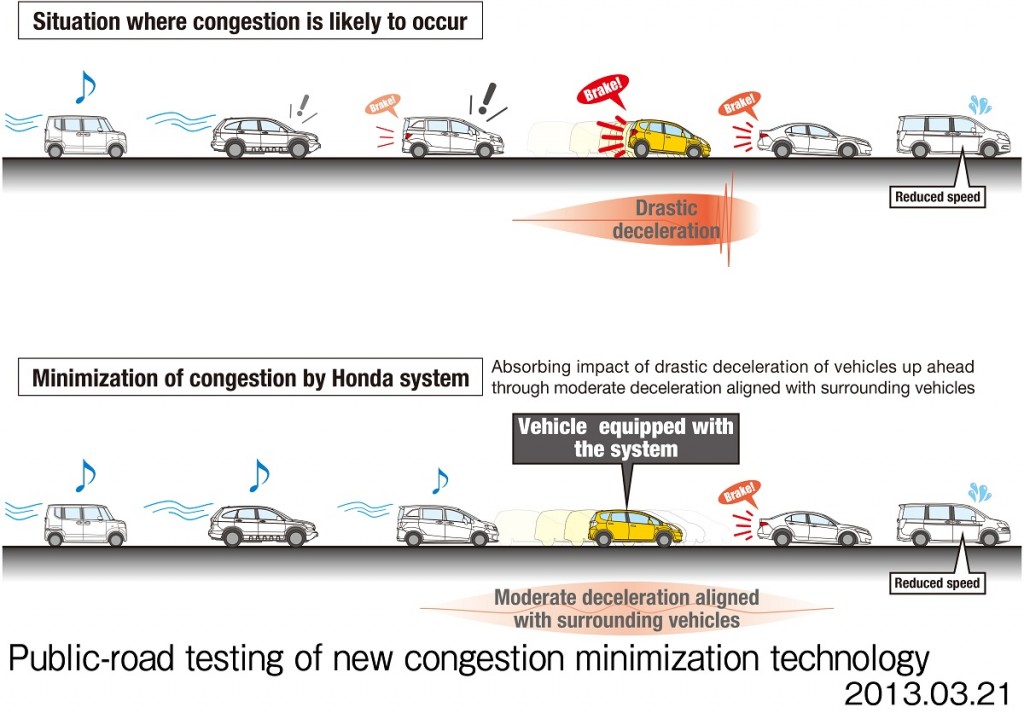 Even better: Honda hopes to alleviate that pain with new software designed to reduce traffic congestion.

What's interesting about this project is that Honda hasn't simply riffed on existing traffic management programs like those we've seen from Inrix and TomTom, which help drivers avoid running into slow-downs. In fact, Honda doesn't seem at all concerned about the traffic in front of you; rather, Honda is working to reduce jam-ups behind you.

Honda's software takes the form of an app, which tracks your acceleration and deceleration patterns. According to the automaker, "the behavior of one vehicle influences the traffic pattern of trailing vehicles and can trigger the traffic congestion".

Though as we said, Honda doesn't keep tabs on traffic as a whole, the software is aware of the volume of traffic on a particular road. As the number of vehicles traveling on that road increases, the driver's margin for error gets slimmer, meaning that the software's "sweet spot" between acceleration and deceleration narrows.

A small pilot program in Tokyo helped traffic move about 23% faster and boosted the fuel economy of trailing vehicles by around 8%. Last summer, Honda took the technology to Indonesia, where it slowed the onset of traffic congestion by about three minutes, smoothed out extremes in traffic speed by 60%, and improved fuel economy by 20%.

Just for kicks, Honda also tried out the software on multiple phones at the same time -- much as apps like Waze do. Not surprisingly, the results were slightly better than in the stand-alone tests: the onset of congestion slowed by four minutes, extremes in traffic speed were softened by 70%, and fuel economy edged up 22%.

Our take? Honda's approach seems odd: using a stand-alone system to keep traffic flowing? How can anyone manage traffic in a vacuum?

That said, a stand-alone system is far easier to implement than one that requires multiple users -- users who may or may not remember to turn on the app and who may or may not be near one another. And of course, there are Honda's initial results to consider, which seem promising.

We'll keep you posted as this software moves closer to market.