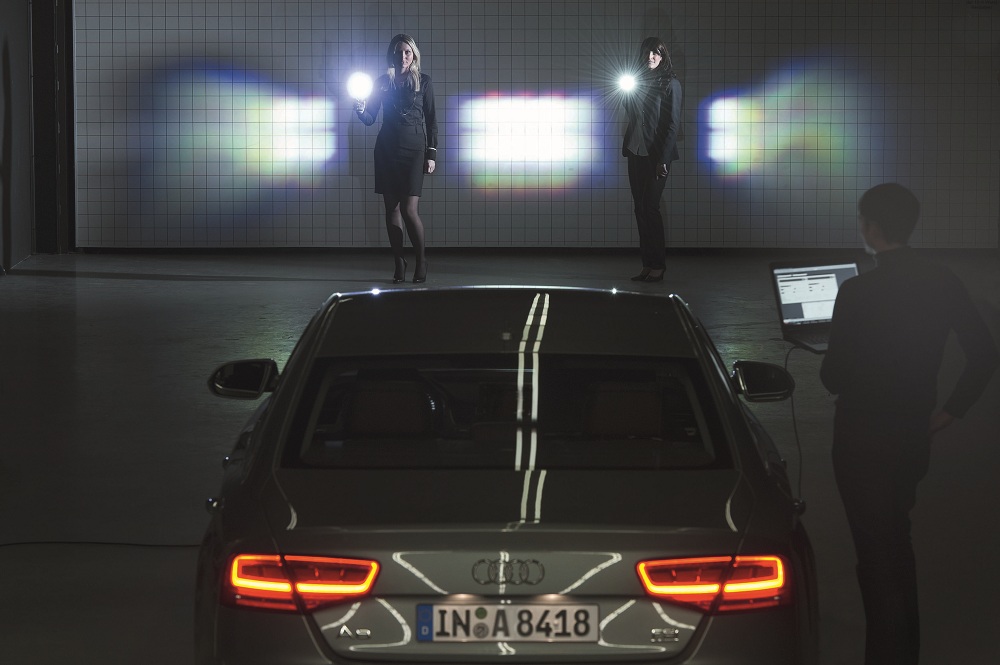 During the 2012 Super Bowl broadcast, Audi debuted a commercial that put its massively bright LED headlamps in the spotlight. The clip's vampire theme was dull, but it got the point across: Audi has improved the common headlight.

But Audi hasn't just made those lights brighter, it's also made them smarter, and customers everywhere could soon reap the benefits -- well, everywhere but in the U.S., where Audi's innovation runs counter to U.S. law.

WHAT AUDI HAS DONE

A couple of weeks ago, we told you about Volvo's "permanent" high-beam headlights. Using sensors and cameras, Volvo found a way to leave headlights on their brightest setting while shielding other motorists from the glare. After a Volvo vehicle has passed those motorists, the headlight shields retract to illuminate the full expanse of road.

Audi debuted very similar technology back in January at the Consumer Electronics Show. It's called "matrix-beam LED lighting", and as you can see from the video embedded above, it involves clusters of LED lamps that turn off and on in response to other vehicles.

That sounds great -- like something that could improve roadway safety and make life even simpler for drivers, right? Except for one small problem: it's illegal here in the U.S.

In 1968 -- two years before the National Highway Traffic Safety Administration was founded -- the U.S. instituted a regulation that required all vehicle headlights to be capable of switching from high-beam to low-beam. That rule is still on the books.

But the systems from Audi and Volvo don't involve a switch, per se. They're smarter than that, adapting to conditions without requiring input from drivers. That's something that regulators clearly didn't envision in the late 1960s.

NHTSA says that it's open to new technologies, but the agency isn't sold on this one. Most importantly, NHTSA isn't fully convinced that LEDs make roads any safer. In fact, some tests have shown that cars with LED brake lights get rear-ended more often than those with incandescent lights.

Audi and other auto industry reps will soon meet with NHTSA officials to see if they can update U.S. regulations or find a workaround.

In the meantime, shoppers in Europe will be able to enjoy Audi's matrix-beam LED lighting on the A8 sedan next year (for an additional $3,000). We'll let you know when -- and if -- that option becomes available on this side of the Pond.