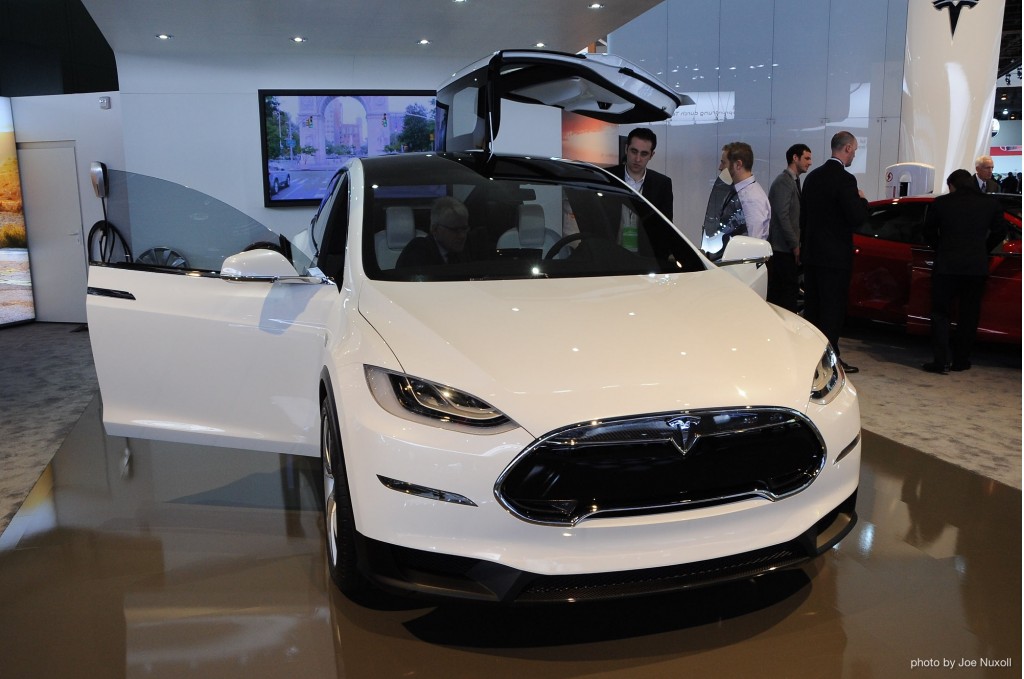 Tesla displayed an interior refresh for their Model X at the 2013 Detroit Auto Show. Photo by Joe Nuxoll.

Today at The Car Connection, Jaguar added fuel-saving technologies to its vehicles and Tesla announced that deliveries of the Model X electric crossover will be delayed a year. Sergio Marchionne donated his Dodge Challenger SRT8 and we drove the 2013 Hyundai Veloster Turbo. All this and more in today's car news, right here on The Car Connection.

NHTSA is done looking into the Ford Explorer, Mercury Mountaineer, and Lincoln Aviator.

We reviewed the 2014 Kia Forte and found it has better road manners than before.

Tesla announced that Model X crossover deliveries will be delayed one year.

We drove the 2013 Hyundai Veloster Turbo and found it to be more fun than the base model.

Rumors have it that Lexus might discontinue the IS F sports sedan.

A special-edition Mitsubishi Evolution was revealed in Minnesota.

Will the next-generation Lincoln Navigator only be offered with a V-6 engine?