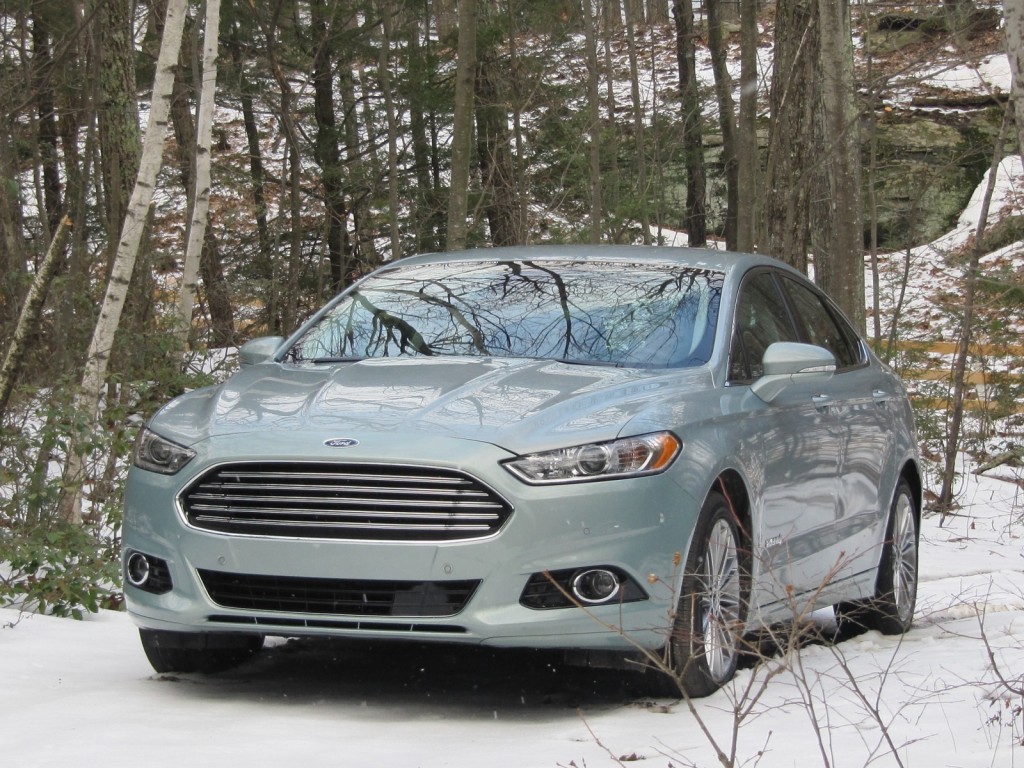 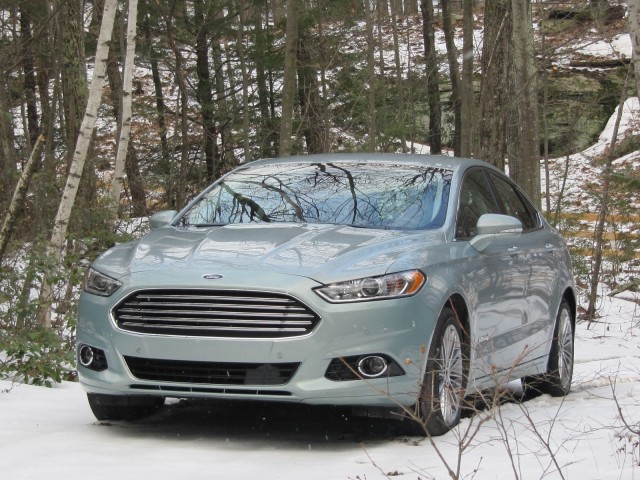 With the fear of automatic federal spending cuts looming over much of the nation (despite their relatively tiny impact on the overall federal budget), the end of the payroll tax holiday, and the still-recovering feel of the economy for most consumers, it would be easy to expect car sales to have taken a dip in February. It didn't happen.

With an estimated overall seasonally adjusted annual rate (SAAR) of about 15.2 million units according to J.D. Power and Associates, February was marginally weaker than January 2013, but total sales were 7 percent stronger than in February 2012. The retail sales SAAR of 12.1 million units is down from January's 13.1 million as well, but still ahead of February 2012 figures.

The impact of the Great Recession is still being felt in the auto industry, but the idea of recovery is now a "when," not an "if"--and when appears to be coming soon, with J.D. Power and Associates senior vice president of global automotive operations John Humphrey in January predicting a return to "pre-recession levels within the next few years," adding for February's sales, "we're increasingly confident that the fundamentals are in place to continue to support an upbeat sector outlook for the coming year."

February's sales weren't just more numerous than last year; they were more valuable as well. "Demand is increasing, but the automakers deserve credit for doing a much better job of keeping alignment of production and demand." said Humphrey. "This has led to new-vehicle transaction prices that are averaging nearly $1,000 more in February than the same period in 2012 while incentives have remained relatively flat year over year."

February's sales figures have caused LMC Automotive to revise its forecast for total 2013 light vehicle sales in the U.S. from 15.1 million to 15.3 million units, with the retail sales forecast rising from 12.4 to 12.5 million units.

"The current fundamentals that are driving strong vehicle sales--pent-up vehicle demand and a stable, recovering economy--are expected to get a boost by additional positive factors this year. An expected recovery in the housing market, and 50 percent more new-model launches combined with an increase in lease maturities should keep light-vehicle sales climbing throughout the year," said Jeff Schuster, senior vice president of forecasting at LMC Automotive.

The detailed sales figures, as reported by the automakers:

General Motors: GM [NYSE:GM] sold 224,314 cars and trucks in February, a 7.2 percent increase over February 2012. Retail sales accounted for 74.8 percent of total sales, with fleet sales holding steady against a year ago. Each brand under the GM umbrella saw gains in February: Chevrolet sold 158,541 vehicles to rise 4.9 percent; GMC was up 9.8 percent on 35.778 vehicles sold; Buick sold 16,150 vehicles and gained 15.2 percent; and Cadillac was up 20.3 percent with 13,845 vehicles sold. GM notes crossover sales increased 17 percent and truck sales grew 14 percent, but car sales were down 4 percent.

Toyota / Lexus / Scion: Toyota's overall sales of 166,377 mark an 8.7 percent rise. Within that total, Lexus sales of 17,339 vehicles scored an 8.3 percent increase. The Toyota brand's best-seller in February was the Corolla at 24,999 units, a 17.6 increase over a year ago. The hot new Scion FR-S sold 1,369 units. On the Lexus side, the ES is the big seller, with a 67.4 percent increase to 4,817 units. The discontinued Lexus HS hybrid sold just a single unit in February--half the number of LFA supercars sold.

Chrysler: Chrysler marked its 35th consecutive month of year-over-year sales gains in February, with a total of 139,015 vehicles sold, a 4 percent increase over a year ago. Dodge brand vehicle sales rose 30 percent for the month for a total of 55,639 units, leading Chrysler's marques. The Ram Truck brand saw gains of just 3 percent with 23,827 sales, and Fiat rose 2 percent on 3,302 units. The Chrysler brand was up 21 percent against January 2013, but down 7 percent against February 2012 at 25,083 vehicles sold, and the Jeep brand fell 16 percent from a year ago to 31,164 units.

Honda / Acura: Moving 107,987 vehicles in February, Honda fell 2.0 percent in total volume compared to last year, but gains 2.1 percent based on the Daily Selling Rate (DSR). The Honda brand saw a 1.8 percent rise based on the DSR, but 2.3 percent overall decline. Acura increased 0.9 percent overall and 5.1 percent based on the DSR for total sales of 11,364 vehicles. The top-selling vehicle for Honda was the Accord, up 35.2 percent to 27,999, while Acura's best was the MDX at 2,575 units. 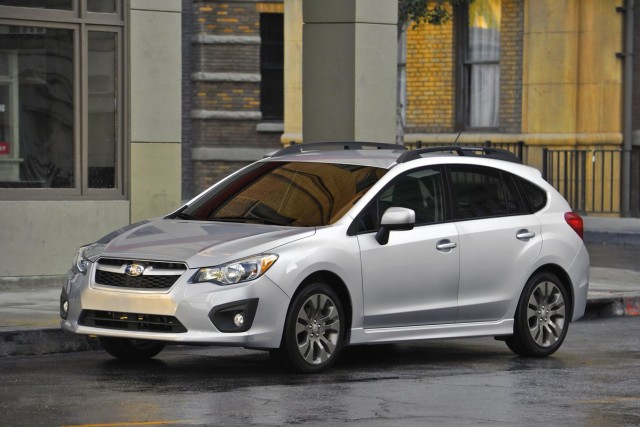 Volkswagen: VW's February sales of 31,456 mark a 2.9 percent increase over a year ago, and the company's best February result since 1973. The Jetta sedan continues to be VW's volume leader at 10,398 units despite an 11.1 percent decrease year-on-year. Popularity of the Jetta Sportwagen as increased 37.2 percent, however, to 1,570 units. The Passat was VW's second-best seller at 7,532, though it also saw a year-on-year decline of 8 percent. The recently redesigned Beetle scored 3,696 total sales, 705 of which were convertibles.

Hyundai: Hyundai posts its best February ever, selling 52,311 vehicles for a 2 percent increase over last February's record. The brand's top seller is the Elantra, at 16,219 vehicles, followed closely by the Sonata at 16,007. From there it's a long step back to the Accent at 4,750. The funky and fun Veloster sold 1,905 units in February.

Porsche: Porsche's volumes are small, but the gains are big: a 31 percent increase to 2,805 vehicles sold in February. Cayenne sales grew 73 percent over last year, accounting for 1,173 units. Boxster sales grew 391 units. The iconic 911 moved 855 units, while the Panamera sold 385 examples. Just a single Cayman was sold in February.

Mazda: Mazda fell 2.8 percent against last February to 24,936 vehicles sold last month. Year-to-date, Mazda is down 6.8 percent. Leading sales for Mazda is the Mazda3, accounting for 10,554 units, a 6.4 percent drop from last year. The all-new 2014 Mazda6 notched 1,300 sales, though availability continues to trail demand as Mazda ramps up production.

Jaguar / Land Rover: Jaguar and Land Rover sales for the U.S. are up 18 percent to 3,905 units. Land Rover brand saw 20 percent gains, while the Jaguar division rose 12 percent. The top seller for either brand was the Range Rover Sport at 1,261 units and a 16 percent increase. On the Jaguar side, the XF led sales with 588 units and a 22 percent increase, thanks in part to the recent addition of all-wheel drive models to the XF range.

Mercedes-Benz: Mercedes-Benz sold 24,051 vehicles in February, a 22.2 percent rise over last year. Year-to-date, the brand is up 16.2 percent over 2012. Top sellers for the Mercedes-Benz brand were the C, E, and GL Class lines, with the C Class leading volume at 7,302 cars sold, an increase of 39.4 percent. Also included in total Mercedes-Benz figures were 1,228 Sprinter vans and 783 Smart-brand cars.

Mitsubishi: Mitsubishi turned in one of the biggest percentage gains of the month at 27.8 percent over last year, for a total of 6,051 vehicles sold. Leading the rise was the Lancer, up 89 percent for a total of 2,126 units. The all-electric i-MiEV sold 337 units, a 666 percent increase.