What Does The Sequester Mean For The Auto Industry? Meh, Not Much 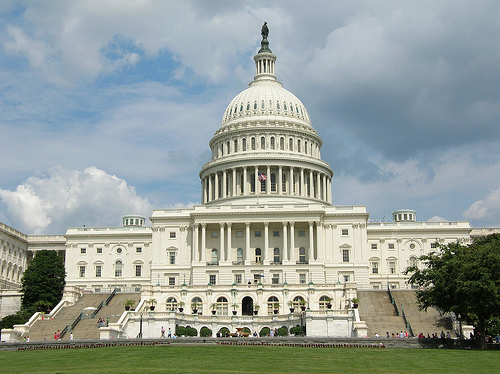 Tomorrow's the big day: it's Ron Howard's birthday (he'll be 59), the anniversary of the Lindbergh baby kidnapping, and the day that the 2013 Sequestration goes into effect. What does that mean for America's auto industry? Probably not much -- for now.

As you might've heard, the Sequestration is a series of across-the-board budget cuts to federal programs. (Note: Medicare and Social Security benefits, as well as funds for ongoing wars won't be touched.) If elected officials don't reach a deal by midnight, many who work for the government will be laid off or have their hours scaled back. That includes not just border agents, transportation security agents, and the like, but also those who work for government contractors. A number of programs -- particularly those that benefit low-income families -- will be reduced or possibly eliminated.

Most economists say that the trickle-down effect of the Sequestration will be severe. However, those effects will take months to materialize, so they won't be very dramatic. That "slow burn" has many in the auto industry feeling confident about 2013 sales.

According to an article posted in USA Today, the National Association of Automobile Dealers is pretty blase about the whole thing. The organization's chief economist, Paul Taylor, thinks that 85% of dealerships won't notice any changes and that the U.S. is still well-positioned to see over 15 million new-car sales this year. Other dealers interviewed for the article express similar sentiments.

Our take? There's probably a good bit of truth to NADA's assessments. Should the Sequestration go through, most changes will happen gradually. That should lessen their impact: after all, it's easier to adapt when things are moving in slow-motion.

On the other hand, in time many families are likely to experience hardships as a result of these forced cuts. And although the Sequestration may not reverse the economic gains we've seen over the past couple of years, it's likely to slow our rate of economic growth considerably. Case in point: the Bipartisan Policy Center projects that over 1,000,000 jobs will be lost over 2013 and 2014 due to the sequester. (Check out the PDF here.) Down the line, that could cast a chill over America's red-hot auto industry.

Dramatic or not, we're still hopeful that politicians will be able to broker some kind of deal by midnight. Fingers crossed.