Can You Really Afford That Car? Not If You Live In 24 Of America's 25 Biggest Cities 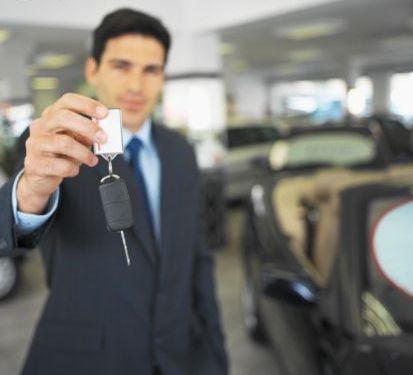 It's no secret: money is tight.

America is still recovering from the trauma of the Great Recession, and although economic indicators seem to be moving in the right direction, the fragility of other economies (looking at you, Europe) means we're not out of the woods yet. Not even close.

Given that uncertainty, is now the right time for you to buy a new car? Can you really afford it?

If you live in 24 of America's 25 biggest cities, the folks at Interest.com say "nope".

Analysts at that website looked at the median gross income for families in each of those areas -- from Washington, D.C. to Tampa, Florida. They then applied what's know as the "20/4/10" rule, which says that the smartest way to purchase a vehicle is to (a) put down at least 20%, (b) finance the car for no longer than four years, and (c) pay no more for the loan and insurance than 10% of your gross monthly income.

Based on that rationale, the site's analysts say that only residents of Washington, D.C. can really afford to purchase new cars. The average D.C. family could manage to spend $628 per month for a ride, plus insurance. Folks in the other 24 top cities? Not so much.

Interest.com's Mike Sante says, "Car costs are one of the most controllable parts of a household's budget. For example, if you live in New York City or San Francisco, you're probably going to have to pay a lot for housing, but you don't have to pay a lot for a car. You're better off driving something more affordable and saving or investing the difference."

Interest.com has an interest (pun intended) in guiding people to car loans, mortgages, and credit cards. It might seem counterintuitive that such a site would advise consumers against taking out big loans, but Interest.com doesn't provide those loans directly. It earns revenue by convincing banks and other loan providers to advertise on its site based on traffic, which studies like this are sure to generate.

None of which is to say that we doubt Interest.com's findings, per se. However, we want to keep its assumptions at arm's length.

Our biggest beef with this study is that the 20/4/10 rule doesn't take into account the widely varied cost of housing in America's large cities. For example, there's another rule of thumb that says your mortgage or your rent shouldn't total more than about 30% of your monthly income. Anyone living in a city like New York or San Francisco knows that's nearly impossible unless you're in a very high-paying job.

All of which goes to show that one-size-fits-all formulas like this are at best rough guidelines, and at worst complete rubbish. The only way to know for sure whether you can afford a car loan -- or a mortgage, for that matter -- is to (a) be aware of your own household expenses, (b) speak to a range of lenders to get a sense of your loan options, and (c) be brutally honest with yourself about what you can reasonably afford.