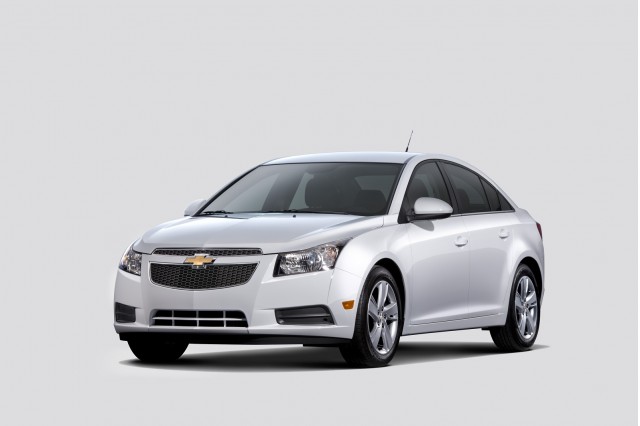 Diesel fans will soon have another option to consider the next time they're shopping for a new car: the 2014 Chevrolet Cruze Clean Turbo Diesel, which debuts today at the Chicago Auto Show.

The new sedan is slated to hit dealerships in the U.S. and Canada this summer. It arrives with a starting price of $25,695, which includes a $810 destination charge.

The 2014 Cruze Clean Turbo Diesel comes with a 2.0-liter engine mated to a six-speed automatic transmission. Chevy estimates that, with turbocharging, the engine will deliver 148 hp and 258 ft-lbs of torque. For speed demons, the car's 0-to-60 time has been clocked at 8.6 seconds.

Better yet, it manages to do all that while still providing an estimated 42 mpg highway and 90% fewer emissions than previous diesel models.

The Cruze Clean Turbo Diesel began appearing in other markets in mid-2010. Since then, General Motors says it's sold almost 2,000,000 of them in Africa, Asia, Europe, and South America.

Will it work here? Will this be the car that can finally convince North American shoppers to forget the diesels they once knew and loathed and embrace clean-diesel technology? We'll be watching.