So, Downton Abbey Is The Ford Fiesta Of Television, Which Makes Mad Men...? 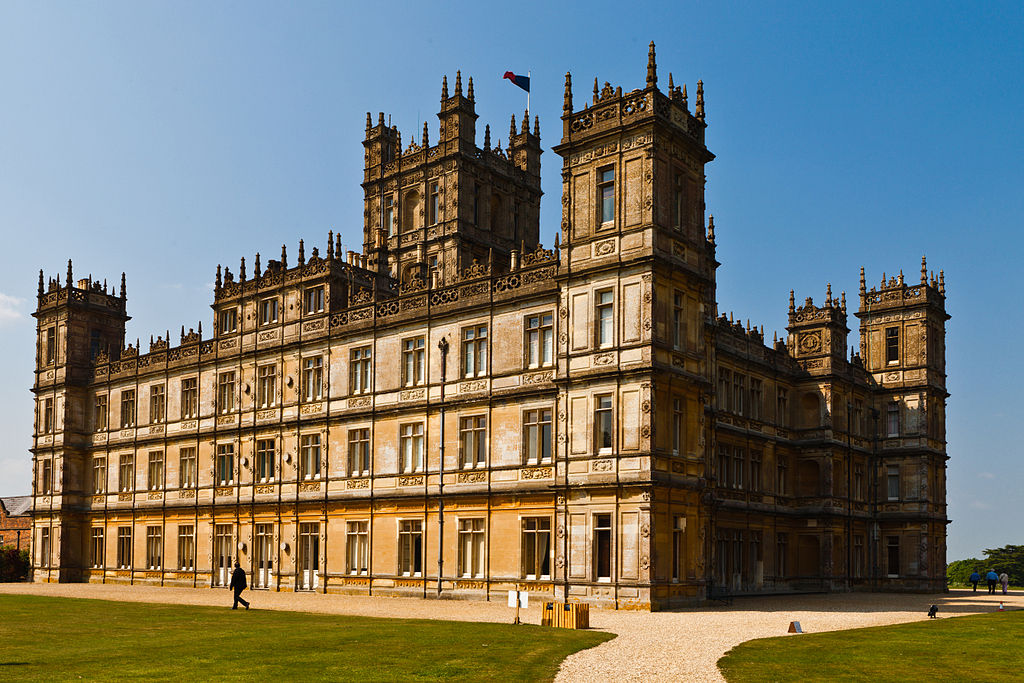 Celebrities take a lot of flack. Sometimes, the criticism is justified, like when athletes fire off stupid, insensitive tweets or actors have alcohol-fueled meltdowns on movie sets. Other times...well, other times, we have to remember that celebs are human: like us ordinary folk, they can be misunderstood, and they can make honest mistakes.

So, where does that leave Jeremy Irons?

Last week, Irons made some comments to the press about a new PBS series called Shakespeare Uncovered. (It kicks off this Friday with Ethan Hawke tackling Macbeth. You've been warned.) Irons expressed hope that the show would prove to viewers that "television doesn't end with Downton Abbey".

He could've stopped right there and walked away with a few bags of hate mail from Dame Maggie Smith fans and period drama enthusiasts. But no, Irons was on a roll, and apparently, the press was eating it up. So, like many hams/actors, he kept at it, adding, "A Ford Fiesta will get you there and give you a good time. But actually, an Aston Martin…"

We don't know how Irons intended to end that sentence ("...will set you back hundreds of thousands of dollars more"? "...comes with eggroll"? "...will cook you breakfast in the morning"?). What Irons seemed to be saying, though, was that Downton Abbey is middlebrow entertainment for the hoi polloi, while Shakespeare Uncovered is high art for the thinking man and woman. It's the sort of predictable, condescending rhetoric that's been used for centuries to celebrate Shakespeare and turn off mass audiences. As if everything the Bard wrote was brilliant.

Eager to capitalize on the public put-down, Ford responded with a painfully unfunny video in defense of the Fiesta. As Fiesta fans ourselves, we thought we'd play a bit dirtier and try to draw comparisons between modern cars and some of Irons' film work. But sadly, we realized that no one saw Pink Panther 2 or The Magic 7 or the completely unwatchable Eragon, so the jokes would be lost.

Still, we liked Irons' basic idea of linking cars with TV shows. Here are a few analogies of our own:

Archer is the Fiat 500: It's stylish, quirky, vulgar, and far more fun than something so cute ought to be.

CSI is the Honda Civic: It comes in lots of flavors, but it's still pretty much the same experience.

Girls is the Nissan Murano CrossCabriolet: It flip-flops between bracing self-awareness of its faults and a complete unwillingness to address them.

Grey's Anatomy is the Volkswagen Beetle: It's still looking for its male audience -- though by now, it probably doesn't need one.

Law and Order is the Suzuki Kizashi: How is this thing still running?

Mad Men is the Chevy Camaro: It's retro, it's curvy, and it's got an engine to please everyone in the secretarial pool.

Portlandia is the Mercedes-Benz G-Wagen: It's charming and celebrity-filled, but also awkward and kind of hard to find.

SNL is the Toyota Prius C: It works (mostly), but it's better in the dark.

Have your own thoughts/comparisons/jabs at Jeremy Irons? Share 'em below.