Ford Trounces The Competition When It Comes To Brand Loyalty 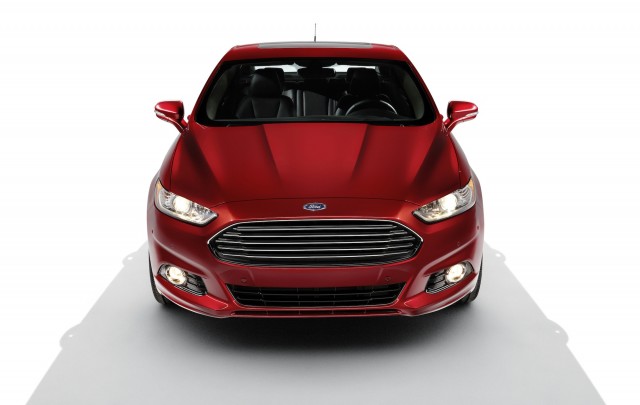 Brand loyalty is a big deal in some industries. When it comes to cell phones and soft drinks, for example, people can come to blows debating the merits of the iPhone and the Galaxy S3, or Coke Zero and...well, whatever the Pepsi equivalent is.

For auto shoppers, though, brand loyalty isn't the driving force it once was. Some consumers, once fiercely loyal to Detroit, have slowly crossed over to Asian or European brands -- and vice versa.

But that doesn't mean that loyalty is dead and buried. According to Experian Automotive, some automakers do well at keeping shoppers in the fold. Others, not so much.

WHAT COUNTS AS LOYALTY, ANYWAY?

Brand loyalty is when customers continue buying products from a company, year after year, regardless of what critics or the media or friends may have to say about that company. For example, when massive Toyota recalls made headlines a couple of years ago, Toyota's brand loyalty suffered because some longtime fans became disheartened by the news. Those who never stopped buying Toyotas are what we'd call hardcore loyalists.

Today, Experian Automotive completed its review of new-car sales from the third quarter of 2012, and the firm found that Ford did better than any other automaker at keeping customers coming back for more.

All told, a very impressive 44.1% of customers who bought Fords between July and September 2012 owned another Ford at the time of purchase. (Whether they traded in that vehicle to buy their new Ford, or whether they were simply adding to their household fleet isn't tracked.) Toyota was the only other company to break the 40% mark, coming in at 43.3%.

Experian also measured brand loyalty as inspired by specific models. On that count, Ford scored well, too, with a staggering seven vehicles in the top ten list.

To generate brand loyalty, companies have to create a product or an experience that can't be found anywhere else. Whether you know it or not, you keep tabs on dozens upon dozens of these preferences: it's why you buy the same soda and eat at the same restaurants time and time again.

Brand loyalty begins to wear off when consumers become disenchanted  with a product -- either because they've had a lousy experience with it (e.g. Apple Maps) or because the media has made them rethink their devotion (e.g. the massive Firestone recall from earlier in this century).

Automakers have had a tough time maintaining brand loyalty over the past few decades. As the world has shrunk, consumers have become less wary of foreign brands, and an onslaught of recalls has made shoppers understand that every car -- even those from their favorite company -- comes with flaws.

Bottom line: brand loyalty depends on differentiation, but when it comes to cars, the differences between vehicles have become much harder to spot. Ford deserves credit for being able to distinguish its products so well among an increasingly jaded public.