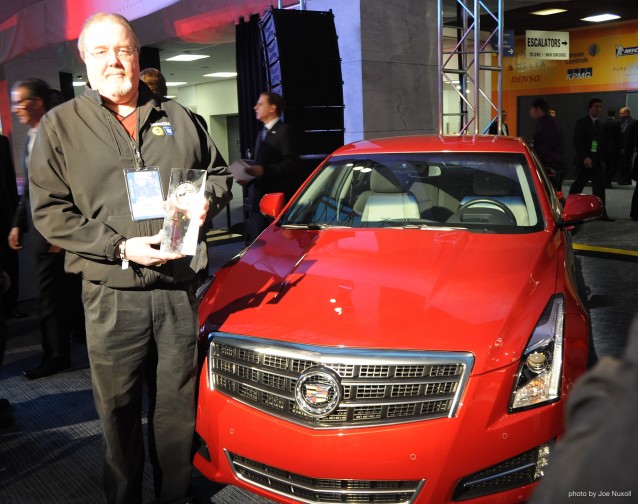 The awards were presented this morning at Cobo Center, at the kick-off of the 2013 Detroit Auto Show.

The award is presented this year by 49 jurors, who judge the list of new or significantly updated vehicles each year, culling the list of nominees to a short list and then down to three finalists among both the cars and the utility vehicles/trucks.

This year's finalists counted four domestic nameplates and two import brands among them, though only one vehicle is built outside the U.S. The field included on the car side, the winner of The Car Connection's Best Car To Buy 2013 award, the 2013 Ford Fusion; the 2013 Cadillac ATS; and the 2013 Honda Accord.

On the Truck/Utility side, the category reflects a name change this year--it's added "utility" to highlight the SUVs and crossovers that have driven home with the award in most recent years. The entrants in the category are based largely on EPA classifications, though that has led to some discussion over what constitutes a "truck."

Stay with us as we cover the 2013 Detroit Auto Show, live from Cobo Center--follow our show pages on The Car Connection, Motor Authority, and Green Car Reports, and follow us on Twitter @CarConnection @MotorAuthority @GreenCarReports