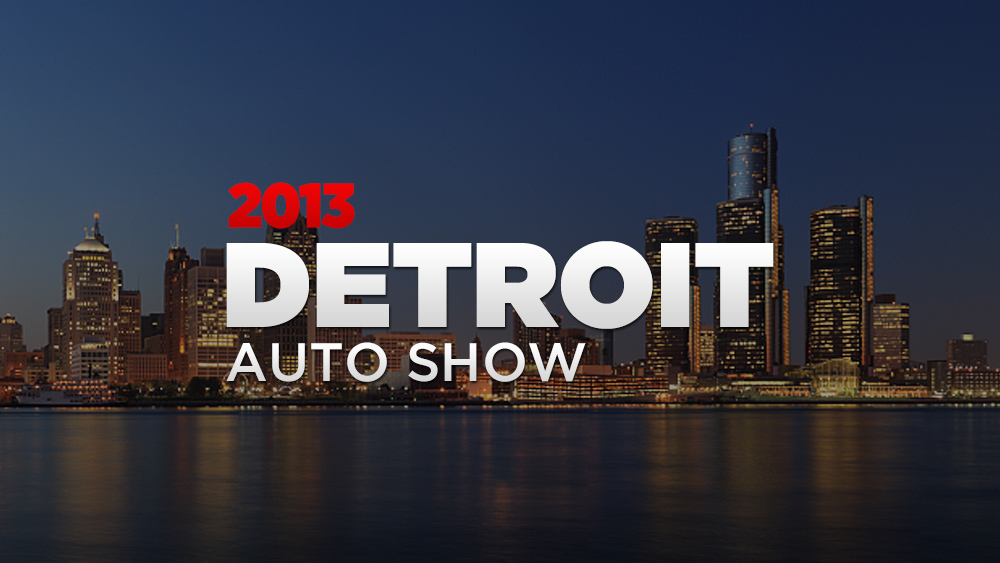 The North American International Auto Show, the Detroit Auto Show to most folk, is arguably the most important event on the automotive calendar in the U.S. It’s also the place where the global automotive community comes together for the first time each year, all hoping to find out what the major automakers have in store for us over the next 12 months.

In addition to some of the year’s most eagerly anticipated new vehicle debuts, there’s also the long list of concept cars to ogle as well as all the industry people to get updates from.

Last year there were a total 38 world premieres at the Detroit Auto Show and this year’s expected to be even bigger. Some of the highlights include the all-new Lexus IS, Infiniti Q50 (the replacement for the G37) as well as the updated Jeep Grand Cherokee and Mercedes-Benz E Class range. Oh, and the highly-anticipated C7 Corvette.

As with every show, the High Gear Media crew will be on hand to bring you all the breaking news, plus live photos and video footage.

To make sure you don’t miss anything, and to avoid all the crowds, bookmark the dedicated show hub from our sister site Motor Authority and remember to follow us Facebook and Twitter.

In the lead up to next Monday’s opening press day, let’s now take a look at many of the vehicles we know will be unveiled. 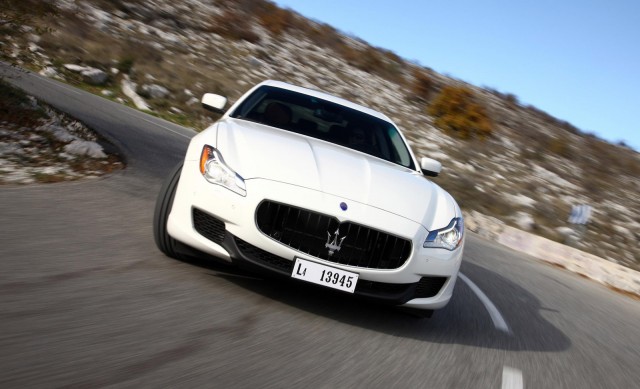 2014 Maserati Quattroporte: Maserati’s flagship sedan, the Quattroporte, has been completely renewed. The new car grows considerably in length, allowing it to better compete with its German rivals while also providing space for a mid-size Ghibli sedan to join the ranks later in the year. The new Quattroporte also brings more engine options to the table as well as all-wheel-drive capability, should you require it. We’re not completely sold on the looks just yet, though we’re sure it will look much better in person than in the initial press shots.

2014 Chevrolet Silverado and GMC Sierra: General Motors has launched the latest versions of its tough-as-nails Silverado and Sierra pickup trucks, both of which are now bigger and brawnier than ever. They’re also a lot more intelligent than ever, with both models offering new MyLink and IntelliLink connectivity features, a new damping system for the tailgates, accident-avoidance technology and more fuel-efficient engines.

The only trouble for General Motors Company [NYSE:GM] is that Ford may steal some of its thunder by previewing its 2015 F-150 pickup with a new concept. This is still a rumor though we wouldn’t rule it out completely. 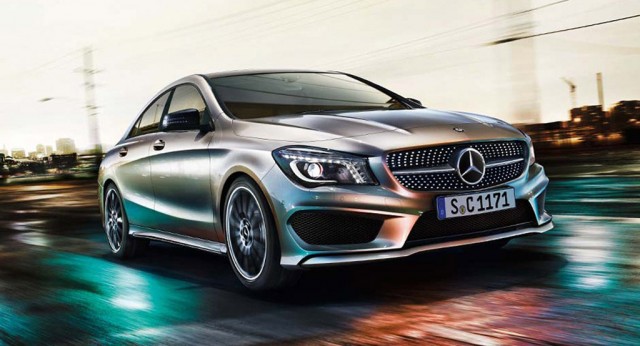 2014 Mercedes-Benz CLA Class: One of the more interesting debuts is a brand new CLA Class from Mercedes-Benz. This will be the automaker’s first compact model sold in the U.S., though it certainly won’t be the last. The stylish sedan combines a sleek coupe profile with four-door practicality--and it should also be extremely fuel efficient. The only downside is that it’s based on a front-wheel-drive platform, though MB is expected to only offer all-wheel-drive versions in the U.S.

Hit the next page for more of our 2013 Detroit Auto Show preview. 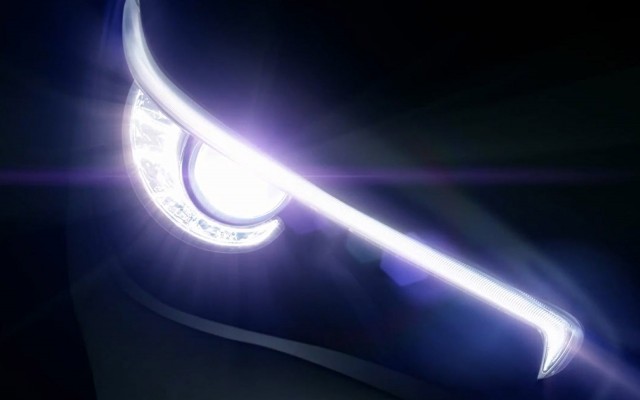 2014 Infiniti Q50: Just last month Infiniti took the bold step of completely renaming its lineup, choosing to discard the alphabet soup of names currently employed in favor of a new Q-based naming structure that mimics Audi’s strategy. This shouldn’t come as much of a surprise as Infiniti’s new global president has been an Audi man for two decades.

The first of the new Q cars will be the 2014 Infiniti Q50, which is essentially the replacement for the aging Infiniti G37 sedan. It once again will be a spacious four-door sedan with V-6 engines and rear-wheel-drive dynamics, just this time around it’s a Q and not a G.

The new Q50 is a completely new design from Infiniti, though it is expected to share many elements with the next Mercedes-Benz C Class thanks to the alliance deal between Renault-Nissan and Daimler.

2014 Lexus IS: One of the Q50’s direct rivals, the redesigned Lexus IS sedan, will also be on show in Detroit. It, too, gets a sleek new look and V-6 engines, though this particular model will be retaining its IS 250 and IS 350 nameplates. Overseas, a new hybrid model, the IS 300h, will also be launched. 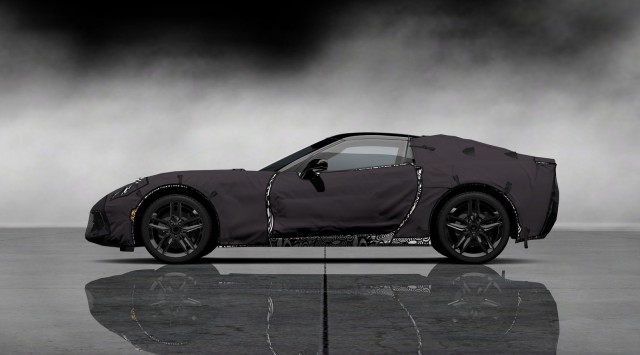 2014 Chevrolet Corvette: Easily one of the most anticipated cars of the show, perhaps of the whole year, Chevrolet’s seventh-generation Corvette will be bowing in Detroit. We’ll only be getting our look at the standard Corvette at next week’s show, though this will still be packing a brand-new 450-horsepower LT1 V-8 engine that promises to rocket the car from 0-60 mph in less than 4.0 seconds. In addition to brute power, the C7 ‘Vette will also herald a new level of quality never-before-seen on the iconic American sports car.

2013 Nissan Leaf: In its third year on the market, the updated 2013 Nissan Leaf will have a slightly longer range, a new and lower-priced base model, faster charging, a more efficient cabin heater, and, perhaps most important of all, a "Made In America" sticker. The battery electric car goes into production at Nissan's assembly plant in Smyrna, Tennessee, this week.

Via Motors X-Truck: Electric vehicle startups come and go, but it's harder to ignore one fronted by “father of the Chevy Volt” Bob Lutz. Yes, we are, of course, talking about Via Motors, which last year in Detroit debuted a Chevy pickup converted to electric power.

Via has started taking orders for the truck but deliveries are yet to happen, though that hasn’t stopped the company from announcing several new models. One of these will be an extended-range electric pickup with more than 800 horsepower on tap.

Hit the next page to see the rest of the vehicles, including concepts, that we know are coming to the 2013 Detroit Auto Show. 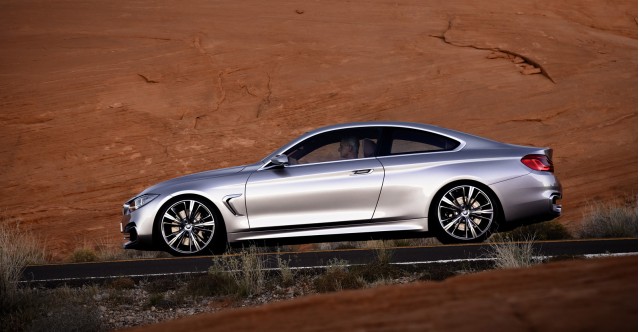 That's just some of the cars and concepts we will be seeing at the 2013 Detroit Auto Show next week. But in addition to these, we'll also see the winners of the respective North American car and truck of the year awards, which once again will be presided over by a panel of judges including our own editor Marty Padgett.

This year the finalists in the car award include the Cadillac ATS, Ford Fusion and Honda Accord, while in the truck category we have the Ford Motor Company [NYSE:F] C-Max, Mazda CX-5 and Ram 1500.

That’s it for now, but remember to tune in next week for all the breaking news direct from the halls of Detroit’s Cobo Arena. And remember, you can catch in-depth coverage of the show via the dedicated show hub of our sister site Motor Authority.