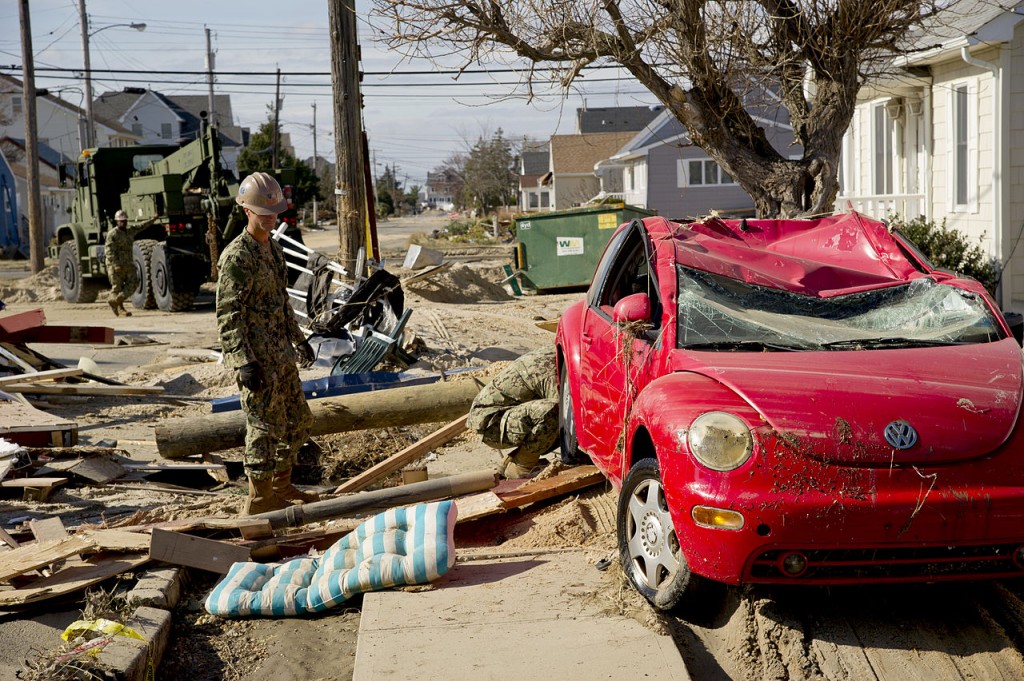 In Calverton, New York, toward the eastern end of Long Island, there is an airfield. It's no longer home to planes, though: it's become an impromptu graveyard for thousands of vehicles destroyed by Hurricane Sandy.

This does not sit well with environmentalists like Dick Amper, who heads up the Long Island Pine Barrens Society. Amper claims that the airfield sits directly above an aquifer that supplies drinking water to much of Long Island. His group and 19 others have asked New York's Department of Environmental Conservation to investigate and to remove the vehicles from the airfield.

However, Insurance Auto Auctions, which is paying to store the vehicles at the site, insists that the cars are completely safe and pose no hazard to human health or the environment. IAA is paying the nearby town of Riverhead -- which owns the airstrip -- nearly $3 million for the right to store vehicles there. Riverhead town supervisor Sean Walter says that those funds will offset the town's deficit and prevent a property tax increase.

Like IAA, Walter insists that the stored vehicles are safe -- as safe as vehicles on any parking lot anywhere. Walter estimates that there are roughly 15,000 vehicles on-site, but Amper doubles that number to 30,000. Reliable, independent verification of vehicle numbers or condition is difficult, and IAA has refused to allow news cameras onto the property.

The vehicles could be on-site for another six months as they wait to be hauled off by recyclers and dismantlers. For the time being, we'll assume that IAA is a reputable outfit and will send truly flood-damaged cars to the crusher...but just in case, you might want to read some of our tips on spotting flooded vehicles.