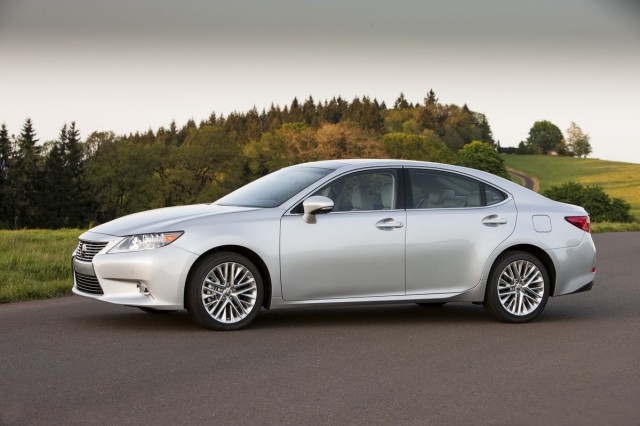 Earlier this week, the Environmental Protection Agency said that it would investigate fuel efficiency on the 2013 Ford C-Max and Ford Fusion Hybrid -- in part because Consumer Reports had been so vocal in its criticism of those vehicles' claims.

According to Detroit News, problems with those vehicles first became apparent during tests of 2013 models. Specifically, Consumer Reports discovered that the plastic emergency trunk release on the ES, GS, and IS can break off when pulled in a particular direction (that of the driver's side). Should that happen during an emergency, it could leave passengers trapped in the vehicle without a means of escape.

Chastened by some very high-profile recalls in recent years, Lexus' parent company, Toyota is trying to get ahead of the ball this go-round. The automaker has already designed a new release handle comprised of more durable polypropylene.

That handle is already being installed at Lexus factories, but it hasn't yet arrived at Lexus dealerships. When that happens, Toyota will notify Lexus owners and ask that they come in for repair of the problem.

Because this isn't an official recall -- at least not yet -- it's not posted on the recall section of the Lexus website. However, if you own one of the affected vehicles, you can contact Lexus Customer Satisfaction at 800-255-3987, where you should soon be able to get additional details.