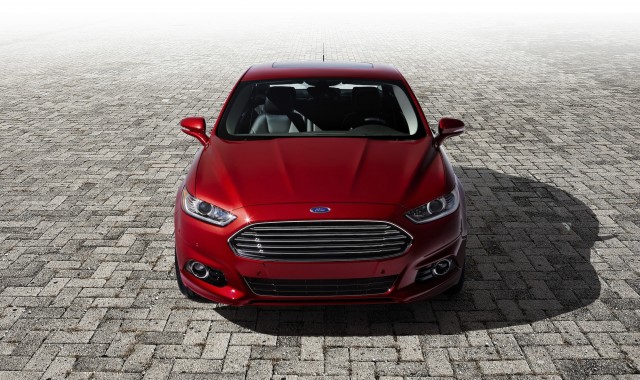 Like it or not, shopping season is upon us. Before Thursday's tables have even been cleared, many bargain-hunters will leave the comfort of their homes and line up for Thanksgiving Day sales at malls and big-box stores across the country.

But if you're looking for a truly special gift, and you're feeling a little lucky, Ford may have just the ticket with its Winter Vehicle Giveaway. And you won't even have to put on pants to take part.

The great thing about Ford's sweepstakes is its utter simplicity. It's not an elaborate social media campaign, where participants have to submit videos and photos, then get Facebook friends to like them. It's not a complicated contest that requires you to enter again and again and again. All you have to do is visit WhyFordNow.com before December 1, type in your contact info, and wait for the drawing on December 15.

At that time, Ford will pick two names out of its digital hat. One of those folks will be handed the keys to a 2013 Ford Fusion, and the other will drive off in a 2013 Ford Escape. Simple as that.

Both vehicles look great and would be big hits with anyone on your shopping list. The Escape has had a couple of recall stumbles, but that's not entirely unexpected, given its thorough redesign. (Hopefully, the worst of it is over.) And the 2013 Fusion has become one of the most hotly anticipated vehicles on the market.

It costs nothing to enter, of course, Get started at WhyFordNow.com -- and be sure to read the official rules and regs, just for fun.