Audi Could Drive Mercedes To The #1 Luxury Spot In America 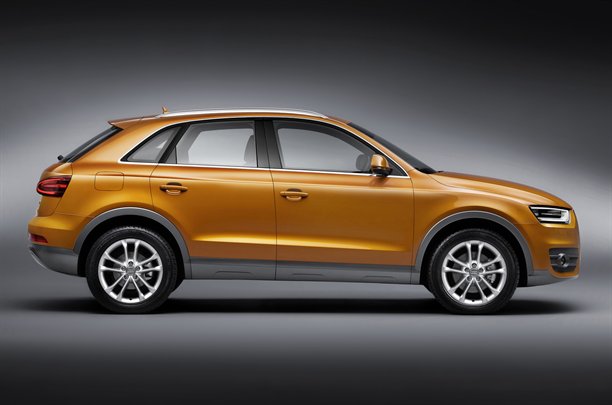 As we reported last week, BMW and Mercedes-Benz are locked in a tight race to grab the #1 spot in America's coveted luxury auto market. But according to the Detroit News, one of those companies could be helped by a third German contender.

For many years -- 11 to be precise -- Lexus reigned supreme in the U.S. luxury category. That all changed last year when recalls, natural disasters, and an aging lineup combined to push Lexus from the top of the heap.

Since then, BMW and Mercedes have been running neck and neck, and some have alleged that BMW in particular might've used shady sales practices to fudge numbers in its favor.

But apart from the critics and its rivals at Mercedes, BMW has something else to worry about: Audi.

Not so long ago, Audi was a pint-sized player in the U.S. luxury market. But then, Audi's parent company, Volkswagen, set a goal of becoming the world's largest automaker by 2018. Although the mass-market VW marque is key to achieving that goal, Audi has it's part to play, too. Accordingly, VW began ramping up Audi's presence in the U.S.

As you might guess from those growth stats, Audi seems to be whittling away at BMW's market share far faster than Mercedes'. According to Ivan Drury at Edmunds.com, Audi shoppers cross-shop against BMW more often than against Mercedes. In September, for example, 16% of Audi customers also looked at Mercedes rides, but 27% considered a BMW. That's likely because Audi and BMW share a reputation for high-performance vehicles, while the Mercedes brand is more conservative, focused on safety, luxury touches, and style.

And things could get worse for BMW. Audi has set a U.S. sales goal of 200,000 units per year by 2020. Helping it achieve that number are a few highly anticipated new models, like the Q3, the smaller sibling to the Audi Q5 and Q7. Unless BMW customer loyalty rises to match Mercedes' over-50% levels, it's going to have a tough time keeping up the pace -- even as interest in luxury vehicles continues to grow. (In the U.S., that segment is up 10.7% for the year, FYI.)

Of course, the elephant in the room is the struggling European economy. Though Germany -- home to Audi, BMW, and Mercedes-Benz -- has been largely insulated from the financial troubles vexing its neighbors, AutoNews reports that VW will soon post its first profit loss since 2009. With many analysts predicting that the European recovery won't start until 2015, the situation could throw a wrench in all three companies' plans for world domination.

BMW owners: have you shopped for a new car lately? Has an Audi turned your head? Drop us a line, or leave a note in the comments below.