Phony Airbags: What To Do If You Have Them On Your Car 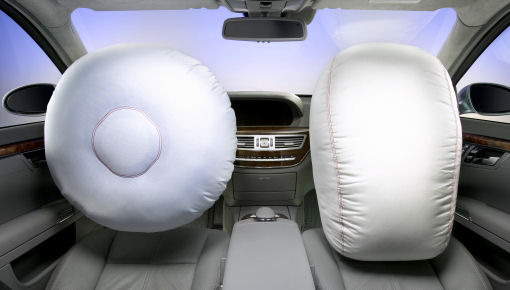 25 years of the airbag

As we mentioned yesterday, the National Highway Traffic Safety Administration has issued an alert to U.S. car owners, warning them that their car could be carrying counterfeit airbags.

Although NHTSA says that no deaths or injuries have been associated with the recently discovered glut of fake airbags, the devices have performed miserably in tests. In some cases, they've expelled metal shrapnel into vehicles, and in other cases, the bags haven't deployed at all.

How can you be sure that your vehicle's airbags are legit?

The good news is that the odds are in your favor. The counterfeit airbags only began appearing about three years ago, so if you haven't had yours replaced during that time, you're likely in fine shape. In all, NHTSA says that the fake bags affect just 0.1% of the U.S. fleet.

The bad news is that "0.1% of the U.S. fleet" still works out to be one in every 1,000 vehicles. And NHTSA has found the bags -- which it believes were manufactured in mainland China -- on vehicles from nearly every major automaker.

The other bad news? These counterfeit airbags are practically indistinguishable from the certified kind. In fact, just like fake handbags, they even carry fake logos.

According to NHTSA's press release, those most at risk are:

If you meet those criteria, we recommend you take your vehicle to an authorized dealer, who can not only run a diagnostic scan, but physically inspect your airbags to ensure they're up to snuff.

What should you do if your airbags are fake?

If you discover that your airbags are, indeed, doppelgangers, it's obviously in your interest to replace them. That's easy enough, but who covers the cost? According to AutoNews, that's a matter for debate.

Not surprisingly, the National Automobile Dealers Association insists that consumers are responsible for both the inspection (about $100) and repairs ($750 - $1,000 or more).

Clarence Ditlow at the Center for Auto Safety, however, lays the blame solely at the feet of the shop that replaced the airbags -- whether that's a local garage or a dealer. If you know which shop is at fault, that's the argument we'd suggest you make. And if the shop refuses, you might follow Ditlow's advice and sue the company in small claims court. In such cases, state law can often be on your side.

But what if the offending shop is no longer in business? Or what if you purchased the airbags yourself and took them to the shop for installation? Then the matter gets a little trickier. The law may still be in your favor, but because the counterfeits are so good, a judge might not find the shop guilty of negligence.

Frankly, we tend to agree with Ditlow that shops -- including dealerships -- should conduct free scans for car owners, even when those shops weren't responsible for airbag installation on a particular vehicle. If the airbags prove to be faulty, the shops might install new ones at cost or a nominal fee, as a goodwill gesture. Who knows? It could earn them some business down the line.

Are you worried about fake airbags on your vehicle? Have you had yours checked? And if so, did you pay for it? Let us know in the comments below.