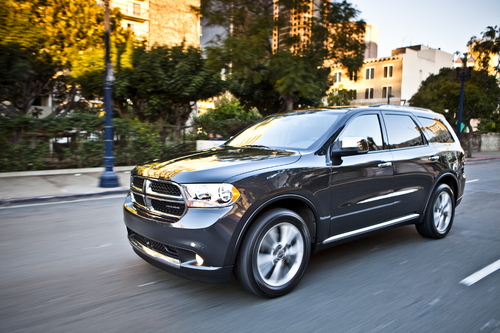 Today at High Gear Media, we drove the 2012 Mitsubishi i electric minicar and Fisker talked to us about its future models. Dodge recalled the 2013 Durango and Chrysler stopped giving dealerships bonuses for good customer service. All this and more in today's car news, right here on The Car Connection.

AT&T is asking teens to pledge never to text and drive.

A new report found seat belt use has declined one percent in the U.S.

Fisker told us it has put the Surf and Sunset on the back burner to focus on the Atlantic.

We posted video of us driving the 2012 Mitsubishi i electric minicar.

A study found most drunk driving deaths were caused by drivers with twice the legal blood alcohol content.

Dodge recalled the 2013 Durango due to an airbag problem

You can now customize your dream 2013 Ford Mustang with a new downloadable app.

Is Volvo considering a MINI competitor?

The Acura Integra was the only luxury model to make the National Insurance Crime Bureau's top ten most stolen list.