BMW May Have Fudged Sales Stats To Remain #1 Luxury Brand 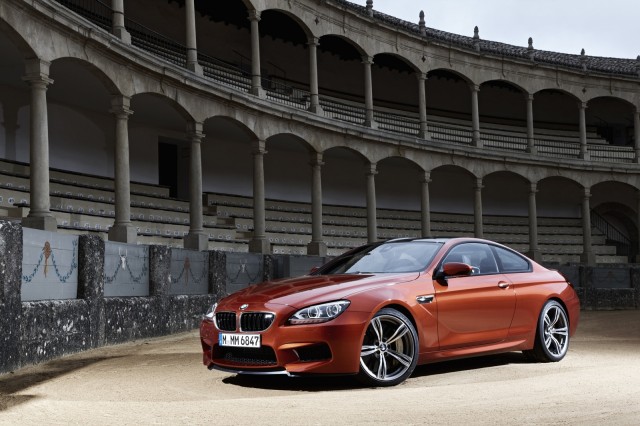 For years, Lexus sat at the top of America's luxury heap. Then came some product stagnation, a few unpleasant recalls, and a terrible natural disaster, which bumped Lexus from its berth. BMW and Mercedes-Benz have been fighting to take its place ever since.

The struggle hasn't always been pretty, but it's been exciting for observers (if you go in for that sort of thing). In May of 2011, BMW took the lead by a hair's breadth -- just 29 sales -- and improved its position by December, charging ahead by slightly less than 2,000 units.

However, a report in the Wall Street Journal indicates that BMW may not be playing entirely fair with its German rival, based on the two companies' most recent U.S. sales stats.

In July, BMW reported sales of 21,297 vehicles, besting the 19,312 sold by Mercedes-Benz. However, WSJ says that hundreds of the vehicles that BMW counted as "sold" are still sitting in showrooms and remain in ads from dealers.

The source of the problem seems to be a notice that BMW sent out on the morning of July 31. In the memo, BMW offered dealers discounts on certain 2012 model-year vehicles -- discounts ranging from $2,500 for the BMW 528i to $7,000 for the 7-Series sedan. The catch? Those discounts were only valid for that day.

The evidence suggests that many BMW dealers purchased the eligible vehicles as "demo models", which are typically used for test drives or as loaners. Those demos are eventually sold to consumers -- sometimes as "new", other times as "used" -- but they're counted "sold" by BMW the minute they're bought by dealers.

Other automakers have strict stipulations on demo models. At Chevrolet, for example, demos aren't counted as "sold" until consumers purchase them. And at Honda, demos have to be retained by dealers for at least six months, after which they can be sold to consumers, but only as "used". At BMW, however, there's no such standard.

As a result, BMW includes demos in its monthly sales figures, but it doesn't release specific data on demo models sold, so there's no way to verify that demos were solely responsible for BMW maintaining its sales lead in July. However, the WSJ spoke to several dealers who estimate the number of demos sold in July to number in the thousands.

There's some proof of that in the model sales. For example, the company sold 1,696 7-Series sedans in July, which is about three times the number it sold in June. Stats for the 3-Series coupe roughly doubled from June to July. Both models sold more than they had in any previous month of 2012.

A spokesperson for Mercedes-Benz said that its own July sales figures included roughly 500 demo models.

What does this mean for you, the consumer? For the most part, nothing -- but next time you're at the BMW lot, look closely at that test drive model (assuming you still take test drives). It might be the same one you take home later.

2020 Jeep Wrangler vs. 2021 Ford Bronco: How the SUVs compare on paper
Commenting is closed for this article
Contribute
Send us a tip Comment Contact the editor
Follow Us