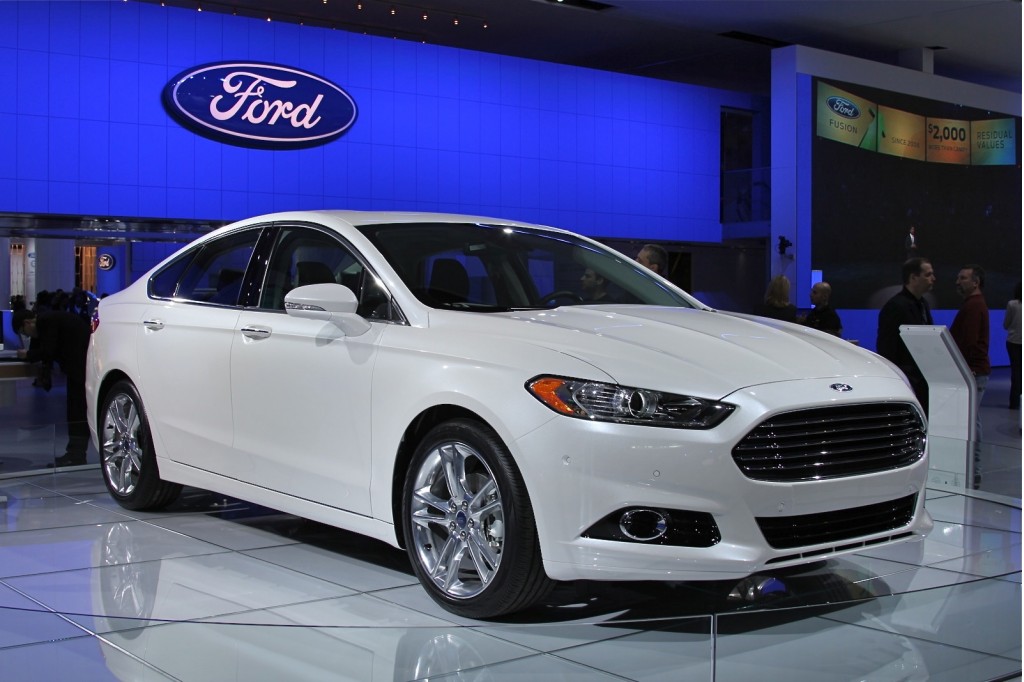 In January, Ford revealed its 2013 Fusion mid-size sedan at the 2012 Detroit Auto Show. Now, it's been priced, and some of the lofty numbers are raising eyebrows.

A fully loaded, non-hybrid 2013 Fusion has a sticker price of nearly $39,000. That price is a little breathtaking, but it does bring with it a host of new features such as adaptive cruise control; active park assist; blind-spot monitors; lane-departure warnings with lane-keeping assist; a voice-active navigation system with MyFord Touch; and a Sony premium audio system with 12 speakers. That's on top of the mechanicals--this Fusion's also outfitted with all-wheel drive and a 2.0-liter EcoBoost engine with direction injection and turbocharging.

Still, it's a fair question. Will family-sedan shoppers pay nearly $40,000 for a Ford Fusion when a base BMW 3-Series or a Cadillac ATS are within reach for the same price? Comparably equipped, those cars push closer to $50,000--and no doubt, the luxury compacts are smaller cars and will likely have higher costs of ownership.

So, is the Fusion pushing the boundaries of pricing? Can the Ford badge command those dollars, or does all the technology make the loaded Fusion a strong value even at $39,000?

For more information, be sure to read our full preview of the 2013 Ford Fusion.

Let us know what you think in the comments below, and for all the latest automotive news and reviews, be sure to follow us on Twitter and become a fan on Facebook.