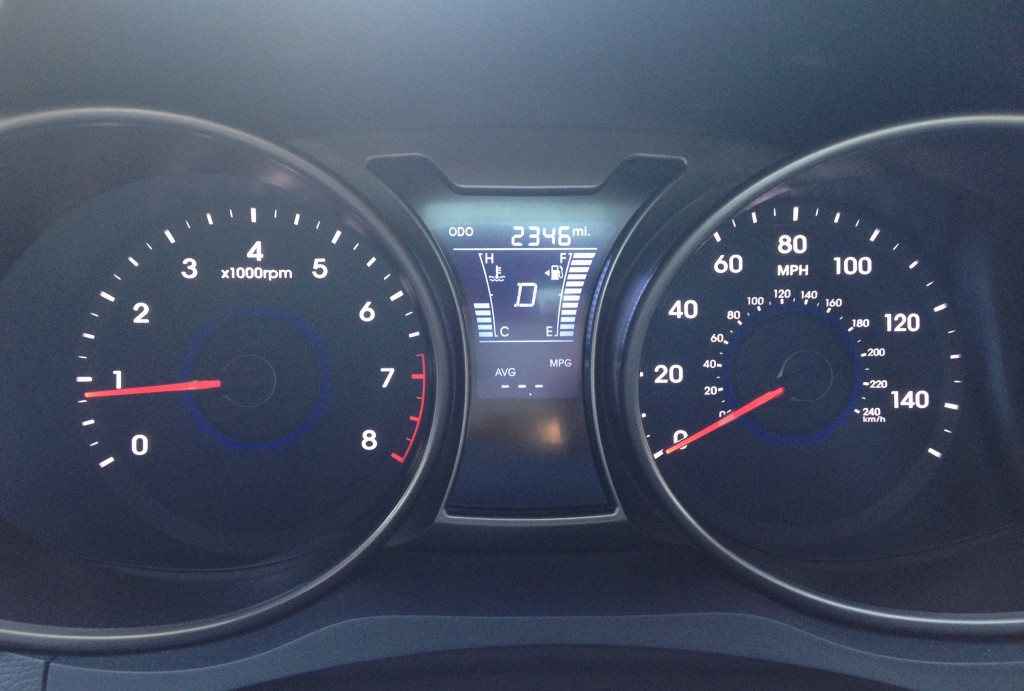 Now that we are back from our great American road trip in the Six-Month Road Hyundai Veloster, it's time to crunch some numbers. How did the Veloster fare when it came to fuel economy?

We've already noted that our fuel economy in the Veloster has improved since the engine's break-in period. We have been averaging between 30 and 32 mpg in the city. During our first short road trips we barely saw 34 mpg, but over time that mileage improved to nearly 36 mpg. On our fuel economy loop, driving very smoothly and moderately, we were able to not only hit 40 mpg, but recorded an average of 41.4 mpg.

Our road trip consisted of a few different parts. The two long treks were from Portland, Oregon to Minneapolis, Minnesota, and from Detroit Lakes, Minnesota back to Portland, Oregon. During these drives we crossed states that had speed limits of 70 to 80 mph. For those of you who weren't great with physics in high school, today's lesson is that faster isn't always more efficient. This concept is proven with our average fuel economy of 30 mpg during these two long drives. While higher speeds were the main reason for our lower gas-mileage figures, the fact that half of the drives included mountains with altitude changes and hilly conditions didn't exactly help things in the efficiency department either.

So at the end of the day are we pleased with the fuel economy we saw in the Veloster as we drove across the country? In a word, yes. When you factor in the terrain, altitude changes, and speed, the Veloster met our expectations. When driven in the right conditions with the right type of driving you can clearly match or exceed the EPA ratings for the Veloster, but to expect it to achieve EPA ratings no matter what would be unrealistic.

But we want to know what you think. What're your thoughts on our road-trip fuel economy? Are you surprised or disappointed? Did the Veloster meet or exceed your expectations? Let us know in the comments below.

And if you aren't already, be sure to follow us on Twitter and on Facebook for all the latest updates regarding the Six-Month Road Test Hyundai Veloster.