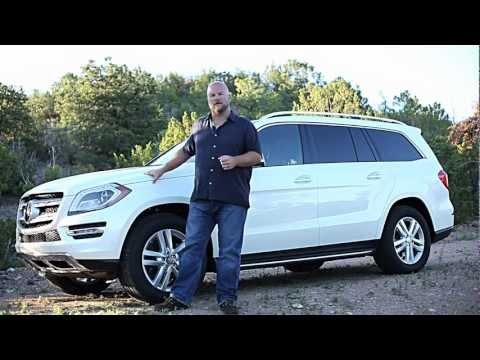 Back in the mid-1990s, when Mercedes decided to build a factory in America, and an M-Class to take on Ford's Explorer and Jeep's Grand Cherokee, the idea of also taking on the big GM and Ford SUVs one day seemed even more far-fetched.

Today, the reality is a little more square. The M-Class isn't so much a competitor for those utes as it is for the likes of the BMW X5 and the Porsche Cayenne. But the bigger SUV is very real--and it does encroach a little more directly on the territory occupied by some all-American sport-utes. In this case, mostly by Cadillac.

From zero percent of sales in 1997, SUVs now account for 35 percent of all Mercedes sales in the U.S. according to Steve Cannon, MBUSA's new CEO. One of the team members that studied sites and chose Tuscaloosa, Alabama, for the company's U.S. factory, Cannon is now in charge as the company presides over what's essentially a relaunch of its SUV lineup.

The relaunch began last year, with the latest edition of the five-passenger M-Class SUV, all-new, still built in Alabama. On the refresh cycle, there are the G Class and GLK Class, arriving shortly in showrooms. The R-Class? It's gone from the U.S. lineup, though it's still assembled in Tuscaloosa for the rest of the world.

Now, the focus turns to the three-row, Alabama-built GL Class. In a dogfight for sales with the Cadillac Escalade, the GL last year had its best sales year since its launch. It's outgrowing key rivals, according to Cannon, and picking up in sales momentum as luxury-vehicle sales recover more quickly than the rest of the economy.

Of all the company's SUV offerings, it could be the most American one too, he points out, since some 53 percent of all GL Class production is earmarked for U.S. dealers.

Mercedes invited us to Santa Fe, New Mexico, to find out exactly why the GL's appeal is so specific, and why it's the leading contender to elbow the Escalade aside. From a base camp at the Four Seasons--no major hardship, that--we spent almost two days in the three mainstream editions of the upcoming SUV. There's a turbodiesel that continues to be one of our favorite full-size utes, since it posts combined EPA-estimated fuel economy of 20 mpg. Two twin-turbo V-8 editions are offered, and should make up the majority of GLs sold here. This year all GLs come with seven-speed automatics, new interiors, and mbrace2, a connectivity suite that links smartphones to the GL for in-car audio streaming, Yelp and Google searches, and rolling Facebook updates.

After a couple hundred miles' worth of GL driving, it became clear that while it's not hugely different from the first-generation ute, the new GL is still huge--and that more than anything is what makes it a uniquely American success story, as we explain in this video road test.

Watch us risk rattlesnakes and dust up the interior of a brand-new $93,000 SUV to bring you the highlights--and for everything else on the latest big Benz SUV, including features, performance, safety, and utility, read our full review of the 2013 Mercedes-Benz GL Class.