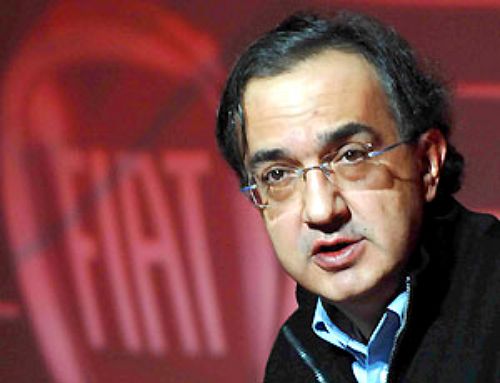 While Americans were celebrating independence yesterday, two European automakers announced plans to gobble up more of their partners -- including one very American company.

Here in the U.S., Chrysler/Fiat CEO Sergio Marchionne announced that Fiat's ownership stake in Chrysler would soon creep upward, from 58.5% to 61.8%. The cost? Marchionne didn't say, but analysts expect it to ring in below $252 million.

Chrysler's soaring profits could be fueling Marchionne's ardor for the Auburn Hills automaker. On Tuesday, Chrysler reported that sales for June were up 20% from June 2011, and year-to-date sales are a staggering 30% above last year.

So far in 2012, Chrysler's U.S. showrooms have sold 834,068 units -- a number that wasn't reached in 2011 until late August. In fact, even though June 2012 wasn't the company's strongest month of the year, several models hit all-time sales records, including the Chrysler 200, Dodge Avenger, Dodge Challenger, and the always-popular Jeep Wrangler.

Meanwhile, several hundred miles north of Fiat's headquarters in Turin, Italy, Volkswagen has announced plans to purchase those shares of Porsche that it doesn't already own.

In late 2009, you might recall that Volkswagen bought 49.9% of Porsche following Porsche's failed bid to gobble up VW. (Turnabout is fair play, after all.) Now, VW says that by August 1, it will purchase the remaining 50.1% of Porsche for around $5.59 billion.

Of course, just to confuse things, VW will make out that fat check to Porsche SE, a holding company that owns most of Porsche's 50.1% shares and which, by coincidence, owns a 32.2% stake in Volkswagen.

But that corporate incest isn't nearly as interesting as VW's profits, which were enormous here in the U.S. Volkswagen of America moved 38,170 units last month (not including sales from sister companies like Audi), putting VW 35.4% ahead of last year's figures.

Not surprisingly, the Jetta leads the VW pack, boasting 83,203 units sold this year.  The Passat follows in second place with 55,065, and the Golf comes in third with 20,882 sales.

We'll keep you up-to-date on both of these stories as they develop.