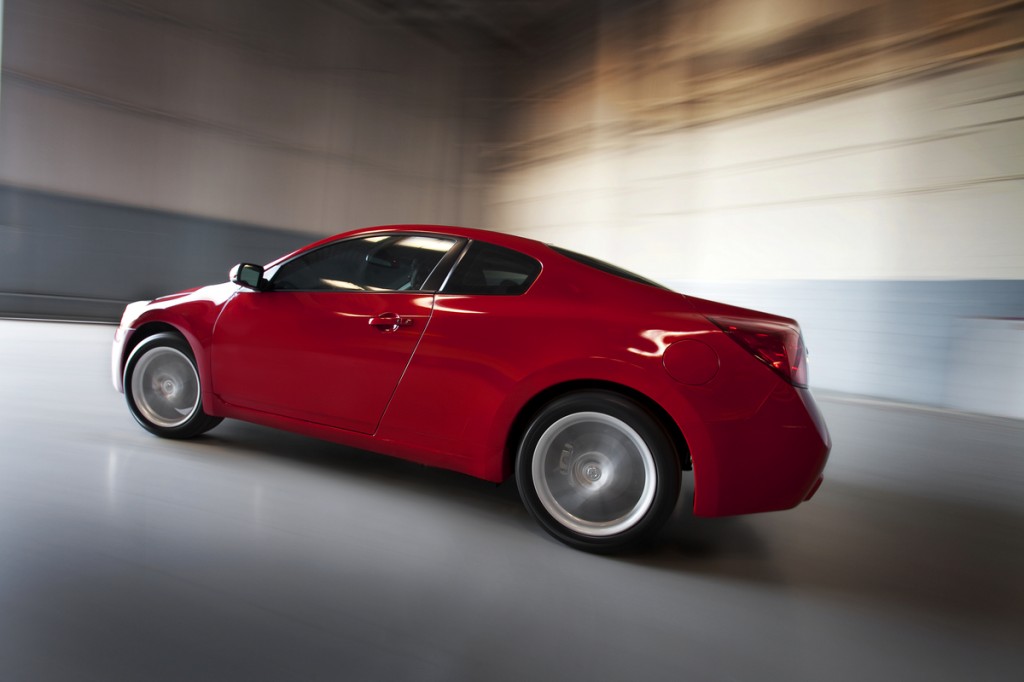 The 2013 Nissan Altima sedan is new and improved, on many fronts. But what about the two-door Altima Coupe?

Nissan says the other Altima isn't getting the same redo--it will carry over for the 2013 model year, and only as a single model. The two-door will be offered only as a 2.5 S four-cylinder, teamed with a continuously variable transmission.

Pricing hasn't been confirmed for the new Altima Coupe, but Nissan says it will go on sale in August.

What happens after the 2013 model year hasn't been announced--and Nissan says it doesn't discuss future product plans. But while Nissan, for the time being, and Honda have continued to offer two-door coupes in the mid-size class, Toyota has abandoned the segment, its former Solara model retired a few years ago. At the same time, the compact class has been adding two-door models: Hyundai with its Elantra Coupe, Kia with its Forte Koup, Honda to some extent with its CR-Z hybrid.

Nissan has a busy year of new-product launches on its docket. Just last week, the automaker announced it would move production of its Sentra compacts to its Canton, Mississippi, plant, in time for the launch of the new generation, due in 2013. Canton is where it also builds commercial vehicles; Titan pickups and Armada SUVs; and some Altima sedans. By hiring 1,000 new workers, Nissan will also be able to move its Frontier pickups and Xterra SUV to the same plant when it moves the Sentra there, freeing up some room in Smyrna to retool for the new compact Rogue crossover and a seven-passenger Pathfinder, both due this fall.

Does the realignment in its U.S. production platform leave enough room to build another Altima Coupe--or possibly a Sentra two-door derivative--in either factory? Stay tuned.