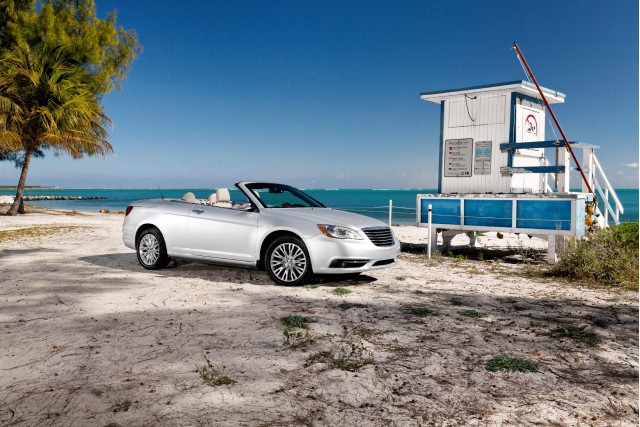 The National Highway Traffic Safety Administration has begun "Preliminary Evaluations" of two popular 2011 models: the 2011 Chrysler 200 and the 2011 Ford Explorer. The investigations are unrelated to one another.

According to the New York Times, NHTSA has received about 15 complaints of the Chrysler 200 stalling "during low-speed decelerations". None of those incidents has resulted in an injury or fatality, though there were apparently some very close calls.

Stallings have typically occurred as drivers slowed for full stops at intersections and the like. One person complained of five separate stalling events, one of which happened while the 200 was driving in front of a big rig.

The Chrysler investigation is focused on about 87,000 sedans that came equipped with 3.6-liter V-6 engines. Chrysler says that it is working with NHTSA to resolve the problem.

The Ford Explorer probe is also the result of 15 complaints. However, in the Explorer's case, the problem isn't stalling, but the loss of the vehicle's power-steering assist.

Detroit Free Press says that some drivers have received warning messages on the instrument panel before the power-steering assist gave out. In some cases, the problem has been rectified by owners turning off and restarting their vehicles.

As with the Chrysler probe, no accidents or injuries have been associated with the Explorer issue.

While the Chrysler and Ford investigations are technically unrelated, they do bear a couple of curious similarities.

First, the affected vehicles debuted in the 2011 model year. The Chrysler 200 was brand-new, and the Ford Explorer saw a significant redesign that ditched its truck platform and made it more carlike (and technically, a crossover). The fact that there could be problems with these first iterations isn't surprising.

Also the New York Times reports at least one Explorer owner whose vehicle lost power-steering assist during deceleration, which sounds curiously like the 200's problem.

Of course, it's important to point out that these "Preliminary Evaluations" aren't recalls. However, they are the first step in that direction.

We'll keep you posted as NHTSA's investigations proceed. In the meantime, if you own one of the affected vehicles and have questions, Chrysler and Ford recommend that you contact your local dealer.