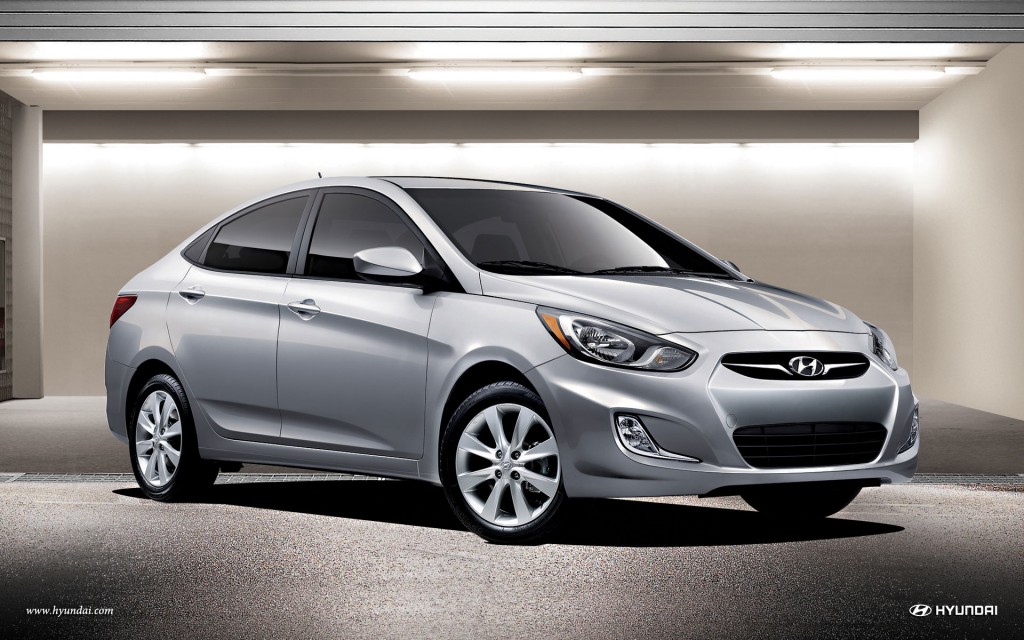 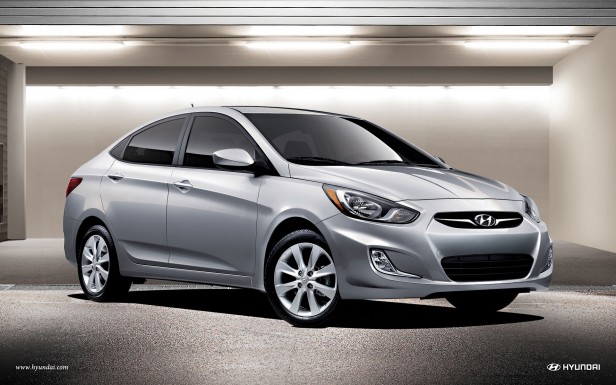 The 2013 Hyundai Accent is showing up early at dealers for the new model year, wearing a new base price that's significantly higher than in its launch year.

Destination charges for the Accent are $775.

The upsized price tag is accompanied by more standard equipment. Now standard on the base GLS sedan--the model with a manual transmission--are an audio system with satellite radio, a CD player, and a USB port; heated side mirrors; air conditioning; and remote keyless entry.

New side mirrors on all Accents get turn-signal indicators, and the Accent SE now offers a power sunroof as an option.

Now above the $15,000 mark including destination, the Accent's now in the thick of the subcompact pricing war, shoulder to shoulder with some of its strongest competitors. It's priced higher than the 2012 Chevrolet Sonic's $13,865 sticker, and the 2013 Ford Fiesta's base price of $13,200.

Hyundai says the Accent's sales are 51 percent higher than a year ago, likely due as much to the car's styling and perceived value as to its sky-high fuel-economy rating. It's the only subcompact to earn a 40-mpg highway rating in base trim, other than its corporate cousin, the Kia Rio. That includes even city runabouts like the Scion iQ, Fiat 500 and Smart Fortwo, though a special SFE edition of the Fiesta hits that high-economy figure.