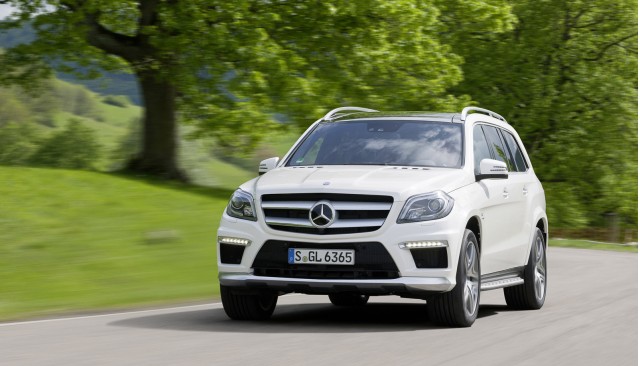 Mercedes-Benz is expanding its portfolio of high-performance AMG models with the brand new GL63 AMG, which is set to go on sale early next year as a 2013 model.

The vehicle is based on the latest 2013 Mercedes-Benz GL Class, which itself was only revealed at last month’s 2012 New York Auto Show.

Mercedes' decision to add a new high-performance SUV to its lineup is in response to strong demand for such vehicles, not only in the U.S. but in emerging markets such as China and Russia.

The GL63 AMG offers performance many sports cars would be jealous of, but it can also traverse rough terrain while also comfortably seating up to seven adults.

The engine is matched to AMG’s brilliant SPEEDSHIFT seven-speed automatic, which offers drivers three separate modes including a fuel-saving setting that features a stop-start system, an engine decoupling feature for cruising, a milder throttle and early shift times. 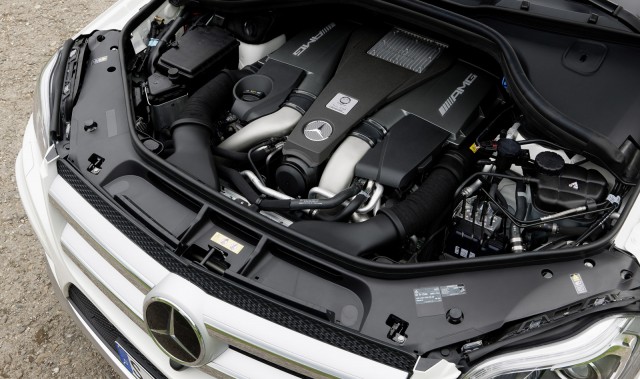 Stopping power comes from some of the biggest brakes you’ll find on a Mercedes, a set of ventilated and perforated discs at all four corners--15.4 x 1.4 inches (front) and 13.6 x 1.0 inches (rear). These reside within 21-inch light alloy wheels wrapped in 295/40 tires.

Mercedes-Benz promises 0-60 mph acceleration in just 4.9 seconds and an electronically-limited top speed of 155 mph, not bad for a vehicle of this size and capability.

Make sure the vehicle  can turn just as brilliantly as it goes in a straight line is a multitude of electro-mechanical devices including air suspension, sports struts, an automatic self-leveling function, active dampers, and active anti-roll bars both front and rear. There’s also 4MATIC all-wheel drive, electronic traction and stability control, and electronic power steering. The driver can switch between two modes for the handling, “Comfort” and “Sport”.

To the casual observer there’s not much visually differentiating the new GL63 AMG from the regular GL. However, AMG aficionados will recognize the slighter more aggressive bumpers, quad-exhaust tailpipe arrangement and pumped fenders. There’s also a not-too-discrete “V8 BITURBO” badge on either side of the vehicle.

Inside, you’ll find leather trim on the seats though only synthetic MB-Tex material on the armrests, dashboard and door trim. Standard features include stainless steel pedals, AMG floor mats, a parking assistant, Mercedes’ COMAND interface with Bluetooth and USB connectivity and tri-zone automatic climate control and an AMG sports steering wheel with a flat bottom and aluminum shift paddles.

Look out for pricing and fuel economy numbers closer to the launch of the 2013 Mercedes-Benz GL63 AMG in the first quarter of next year. 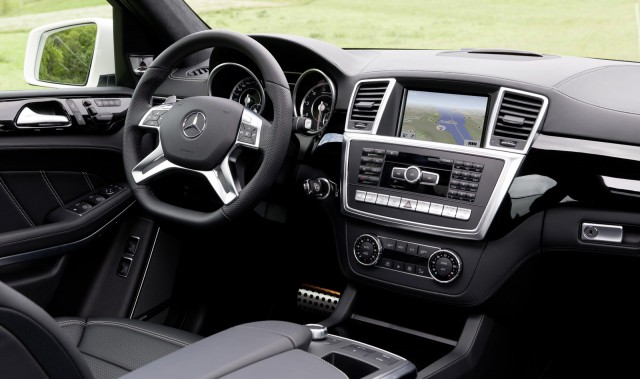