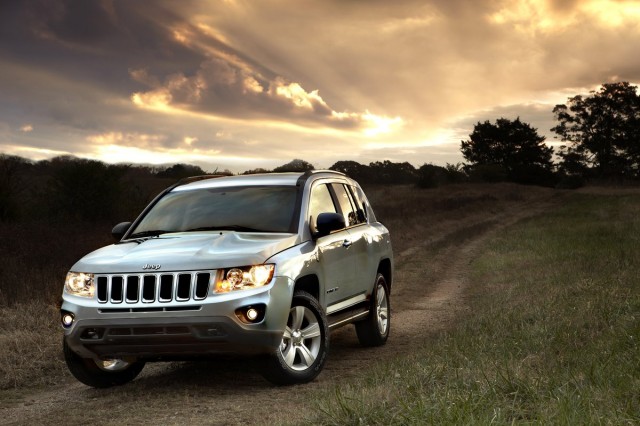 A couple of weeks ago, told you about a string of vehicles that were being killed off by automakers. Now, we can add two more rides to that list: the Jeep Compass and the Chrysler Town & Country.

The news comes directly from Chrysler's biggest kahuna, CEO Sergio Marchionne, by way of AutoNews. Marchionne dropped the bombshells last week during a media event at a Chrysler plant in Belvidere, Illinois and in an interview with Automobile magazine.

Of course, if you've been paying attention, you already knew that the Compass' days were numbered. As we mentioned back in February, the Compass and the Patriot were both slated to be replaced in 2013 by a new, slightly smaller SUV -- code name: B-SUV -- though the new model's rollout has now been pushed back to 2014.

The news here, then, is that the Patriot name will likely live on, while its close relative, the Compass, rolls off to meet its maker. During his comments in Illinois, Marchionne said that the Compass and the Patriot would both be built in Belvidere until 2014; after that, something else would take the place of the Compass on the assembly line.

The details about the Town & Country are a little more surprising -- especially since we just reported earlier this month that Chrysler is testing plug-in hybrid versions of the minivan.

However, there's little arguing that Marchionne's move makes good business sense. The Town & Country shares a platform with Chrysler's other minivan, the Dodge Grand Caravan, and that platform is set to be replaced in 2014. Nixing one of the two models during the process would obviously cut costs and minimize competition from within the Chrysler family. (Adding a potentially high-selling crossover that could carry the well-known Town & Country name wouldn't hurt Chrysler's bottom line, either.)

Marchionne's business strategy continues to intrigue us. While automakers like GM and Ford spun off or shuttered brands during the Great Recession, Chrysler added two -- Ram and Fiat -- and is looking to add a sixth with Alfa Romeo.

At the same time, however, Marchionne seems to be weeding out duplication, which ultimately helps each of Chrysler's brands create a stronger identity for itself. That philosophy has been working for General Motors fairly well the past couple of years, so who's to say it can't work for Chrysler, too?

Will you miss the Compass or the Town & Country? Would you be interested in a Town & Country crossover? And what are your thoughts on Marchionne's product strategy? Drop us a line, or leave a note in the comments below.