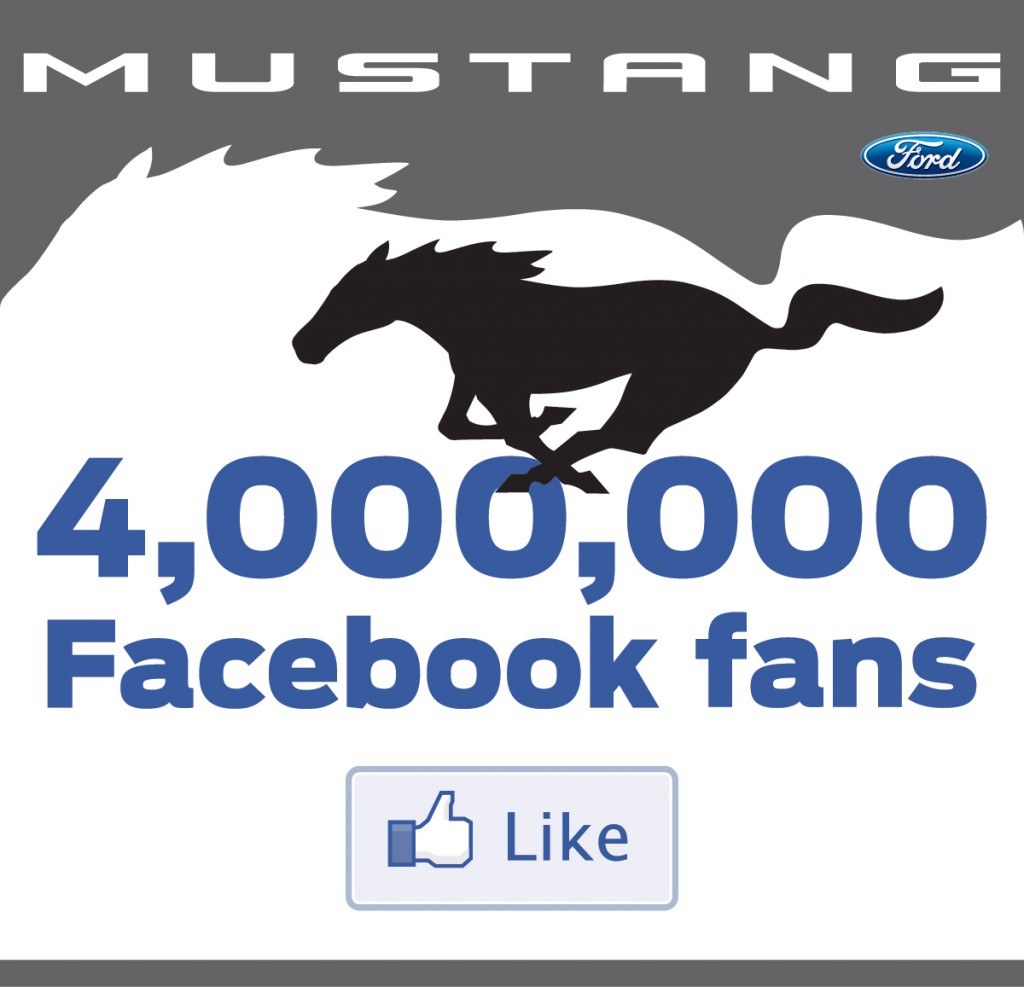 Ford is no stranger to social media, and now it has reached a new record: The Mustang is the most popular vehicle nameplate on Facebook.

Growing at a rate of approximately 14,000 new fans a day, the Mustang fan page is also one of the more engaged automotive Facebook fan pages. Fords head of social media Scott Monty attributes the success of the fan page to all the passionate fans out there as well as over 50 years of content.

“We are very fortunate to have such a passionate fan base,” said Monty. “Every fan, owner and enthusiast--regardless of age--feels a connection with Mustang, and that affinity is reciprocated through the online content we share with them.”

The fan page growth has been a combination of paid, owned, and earned media. The fan page incorporates features such as the Mustang Customizer, and the 2013 Ford Mustang reveal application.

Ford recently partnered with Facebook with a new digital campaign to showcase its popular 2013 Ford Mustang ad which played during the Daytona 500. When Facebook users logged out, the ad played. The ad was viewed over 1 million times and netted the Mustang fan page over 80,000 likes.

While Ford is certainly celebrating the fact that it has corralled four million fans of its pony car, it's already looking ahead and is talking about scoring five million fans soon.