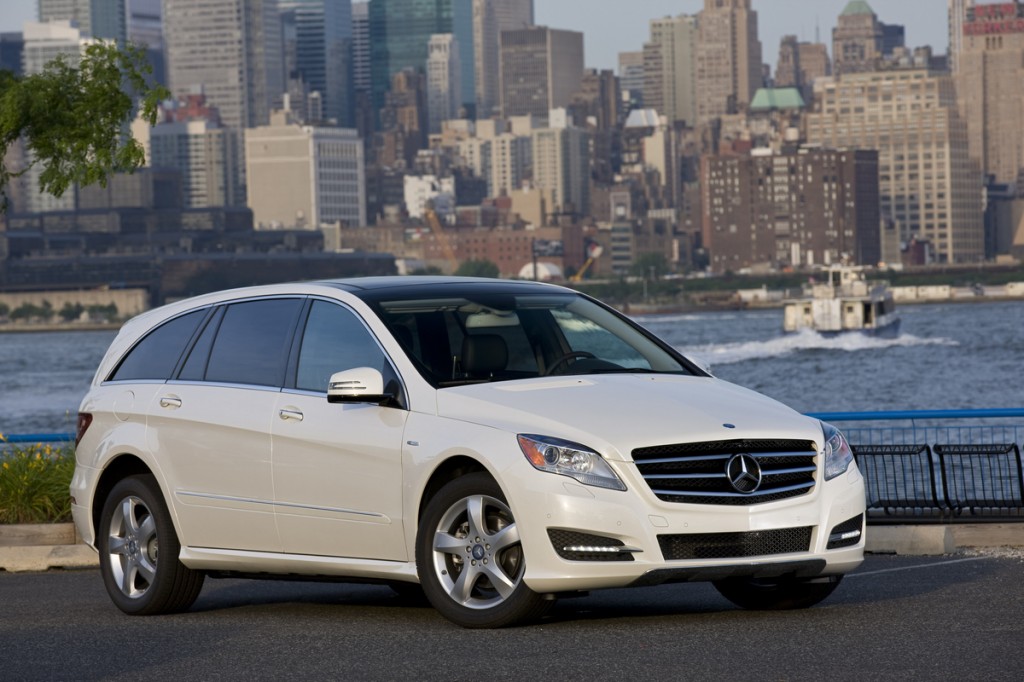 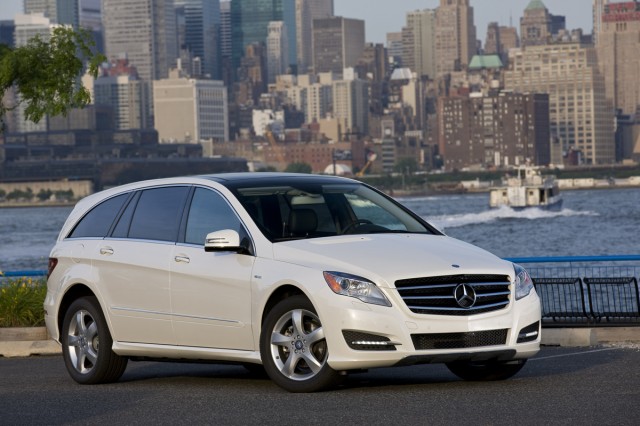 The Mercedes-Benz R-Class, the six- or seven-passenger crossover vehicle spun from the same architecture as the ML-Class and GL-Class SUVs, is officially off the Mercedes-Benz USA docket for the 2013 model year.

The fastback wagon was conceived as a sleeker, lower-riding version of the family of vehicles that are built at Mercedes' U.S. assembly plant in Tuscaloosa, Alabama. With a flexible interior and an available diesel model, it also had some ironic styling resemblance to another vehicle in the company's distant past--the Chrysler Pacifica, a minivan derivative engineered and put on sale a few years after Chrysler was acquired by Mercedes' parent company Daimler in 1998.

Introduced in 2006, the R-Class never lived up to sales projections, or to the strong sales of the other vehicles that used the same running gear. While the M-Class moved almost 37,000 units in the 2011 model year, the R-Class accounted for only 2,385 sales, off 19 percent from 2010. Even the smaller, German-made GLK crossover bested the R-Class by a wide margin, at more than 24,000 sales.

With sales of the 2012 model trickling to a halt, Mercedes will keep building the vehicle in Alabama. However, if you're eager to buy one, you'll need to look to Canada or China to find one. Sales will continue in those markets, possibly through 2015, until the next major model change at the Tuscaloosa plant.