Toyota Bringing Much Of Its Production Home -- To America 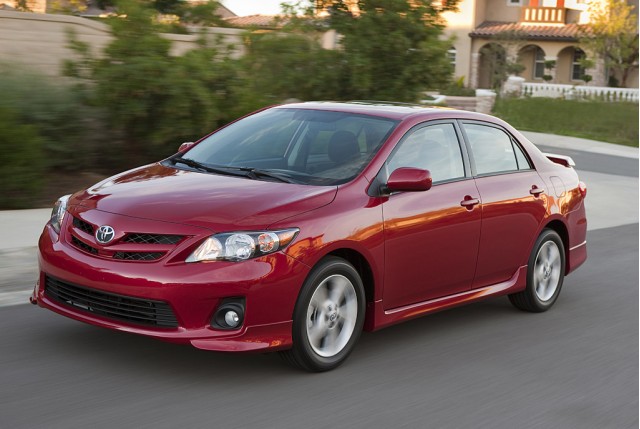 The Tohoku earthquake and tsunami of March, 2011 wreaked havoc on Japan, killing thousands of citizens and bringing much of the country to a standstill. Automakers like Toyota were beginning to get back up to speed later that year, when flooding in Thailand put more crimps in the production line.

As a result, some Toyota models were harder to find last year than they ought to have been -- notably Japanese-made vehicles like the Toyota Prius. But that may not be a problem going forward.

Our colleagues at Green Car Reports told you that beginning in 2015 (or so), the Toyota Prius will be constructed right here in the U.S. Now, Automotive News reports that Toyota aims to shift production of most North American volume models to this side of the Pacific.

The details came straight from the mouth of Shigeki Terashi, president of Toyota Motor North America. Terashi said that high-selling vehicles like the Toyota Camry, Corolla, Highlander, and RAV4, as well as the popular Lexus RX 350 would soon be built entirely in North America.

Currently, those models are built both here and in Japan. Canadian and U.S. factories supply the bulk of North American inventory, with Japanese factories adding units when needed. In 2011, for example, 175,995 Corollas were built in the U.S. and Canada, while an additional 64,264 were supplied by Japanese factories.

Under this new plan, Japanese production would come to an end.

This is particularly good news to workers in Tupelo, Mississippi (where the Corolla is made), Princeton, Indiana (home of the Highlander), Woodstock, Ontario (birthplace of North American RAV4s), and Cambridge, Ontario (where the Lexus RX 350 is built). Production at those facilities will jump by six figures, with hundreds of new jobs added to the rolls.

There's even talk of exporting North American-made units to other parts of the world.

Of course, Toyota isn't doing this to just to ensure smooth production or boost North American economies. A huge factor in Toyota's decision is based on the unrelenting strength of the Japanese yen, which makes exporting vehicles far less profitable.

Terashi didn't give a starting date for the roll-out of this new production plan, and he made it clear that low-volume models would continue being manufactured in Japan. However, Automotive News uses the phrase "within a couple of years", which would put the new plan roughly in line with the timeframe suggested for the Toyota Prius.