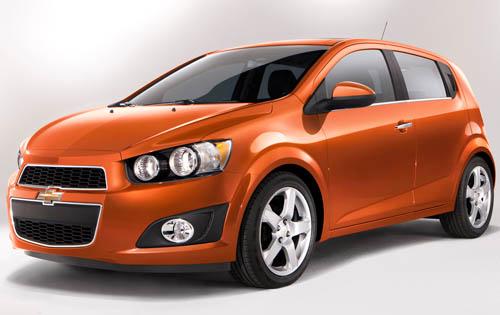 Is it time to call the car industry recovered? In April, automakers sold vehicles at a rate that analysts say will only get better as dealers head into the spring selling season.

Sales numbers are being reported today from around the auto industry, and early on, some of the strongest numbers are coming from Chrysler. The automaker, in alliance with Fiat, says its sales were up 20 percent over a year ago, on the strength of new model lines.

Elsewhere in Detroit, Ford's sales were off by 5 percent, while General Motors watched its sales drop 8 percent. Both were in line with expectations. Among other big automakers, Volkswagen posted a 31.5-percent increase, while Toyota rebounded from its year-ago stagger after the March 11 earthquake, reporting a 25.5-percent rise in sales for the month.


April's strong numbers weren't quite as brisk as those in March, when automakers posted a seasonally adjusted annual rate (SAAR) of 14.4 million sales. Though still far off the all-time peak of 16.9 million units, the SAAR posted so far this year is approaching the 14.9 million units registered in 2008, the year the industry faced the full brunt of the financial crisis.

Sales are expected to continue to improve, according to analysts J.D. Power and Associates. April's numbers sometimes are misleading because of the long Easter holiday, says John Humphrey, Power's senior vice president of global automotive operations, but "the signs of sustained growth are evident."

Power estimates April 2012's SAAR at 13.8 million units, down slightly from March 2012's 14.4 million but up significantly from April 2011's SAAR of 13.2 million units--with an accompanying 8-percent increase in retail sales, Power notes in a release.

For the year, Power estimates the industry will post a SAAR of 14.3 million units, with 11.5 million of those being at the retail level.

The totals for April 2012, as reported by the automakers:

Chrysler: The sole domestic-branded automaker to report increased sales, Chrysler says it moved 141,165 vehicles in April, up 20 percent from April 2011. The Chrysler brand was up 56 percent at 31,879 vehicles sold, behind a 138-percent increase by the 300 sedan; Jeep rose 19 percent to 38,684 units with the Wrangler up 35 percent. Dodge rose just 2 percent to 45,248 units sold, while Ram trucks accounted for 21,505 sales, an increase of 12 percent. Fiat sold 3,849 500 hatchbacks on the month, with generous incentives helping the brand get much closer to its initial sales targets.

Hyundai: Hyundai's CEO John Krafcik reports via Twitter that "Hyundai's April sales 62K+, up 1%. New 3rd shift (Sept.) at our Alabama plant will help us grow Elantra/Sonata to better meet demand. ^jfk" A total of 62,264 vehicles set a new April record for the automaker, and its new Veloster hatchback moved more than 3000 units--nearly as many as its Genesis luxury sedan.

Mazda: Sales of 21,506 vehicles helped Mazda to a 4.2-percent sales gain in April over the year-ago period.

Mercedes-Benz: MBUSA reports sales of 22,336 vehicles in April, for a 23.8-percent increase over the same period last year.

Audi: Audi says it sold 11,521 vehicles in April, up 15 percent on the month, and its 16th consecutive monthly sales record.

Mitsubishi: Sales at the Japanese automaker totaled 5,280 units, down 34.7 percent versus April 2011.

Jaguar/Land Rover: The combined British brands sold 4,365 vehicles in April, up 3 percent over last April. Land Rover sales were up 10 percent to 3,292 units; Jaguar was down on the month 14 percent, to 1,073 vehicles.

Porsche: Porsche sales of 3,437 vehicles in April were up 4 percent over a year ago.