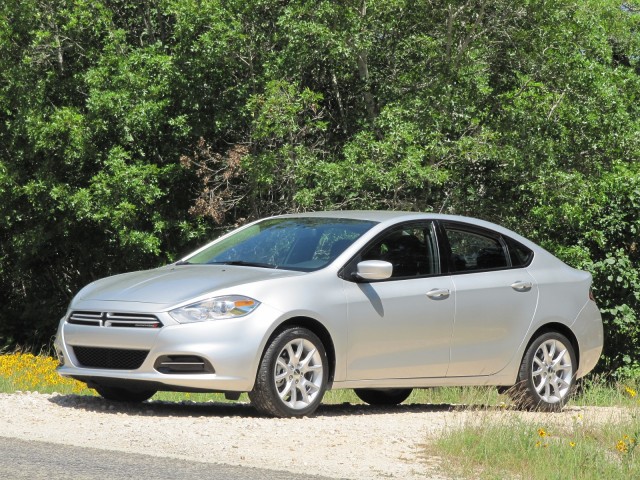 The single most important thing about the 2013 Dodge Dart is that it proves Chrysler is still in the game.

The new Dart compact sedan may not leapfrog every other compact on the market to set lofty new heights of excellence. But it's stylish, fun to drive, offers some pioneering features for the segment, and is competitively priced. And the last time the company introduced a sedan you could say that about--the Chrysler 300--was 2005.

We enjoyed our time in the Dart, and look forward to spending more than a day with one soon.

From the car's roominess inside to its strong Dodge design roots, the Dart is a breath of fresh air in a compact segment that threatens to become even more beige than it has been. Just consider the competition.

On one end is a newly strong competitor, the Hyundai Elantra. It's undeniably stylish, gets great fuel economy, and offers plenty of value for the money. On the other end is the aged, invisible, unappealing Toyota Corolla (due to be replaced for 2014), saddled with an archaic four-speed automatic transmission and numb electric power steering. In between are the stylish but pricey Ford Focus, the good-citizen Chevy Cruze (still the quietest highway cruiser of the class), and the somewhat disappointing all-new 2012 Honda Civic. 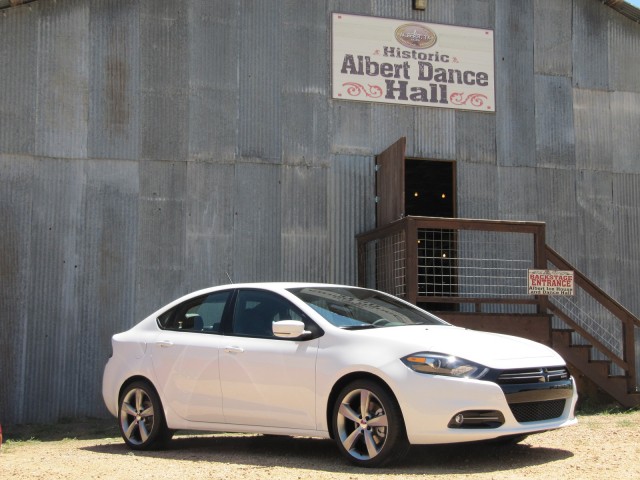 The 2013 Dodge Dart will likely be marketed by showing a lot of red cars, in line with the theme of bringing passion back to compact cars. Especially in its Rallye and R/T models, it's got more than a dash of bad-boy style--just like the larger Charger--and lots of room inside. The seats are comfortable, the dashboard is nicely designed, the 8.4-inch central display (if you order it) is the largest in the class, and there are more than 100,000 individual combinations of models, features, and options that can be ordered.

If we have one disappointment with the Dart, it's that the base 2.0-liter engine is just gutless. In the words of one auto writer, it's "a nail." The Dart is on the heavy side at 3,300 pounds, and the engine's 160 horsepower and 148 lb-ft of torque just doesn't cut it. The car feels slow and runs out of steam too early. The turbocharged 1.4-liter engine puts out far more torque--184 lb-ft--for the same overall 160 hp, but to get that power you have to flog it hard, keeping it in the entertaining 3,000 to 6,000 rpm range. That's fine if you don't mind driving like a boy racer, but it'll cut significantly into your gas mileage.

The Dart's gas mileage ratings aren't fully in yet, but while there's a Dart Aero version that likely stacks up head-to-head with the Chevy Cruze Eco, the base model's combined 29 mpg is below average. Fuel efficiency isn't the only reason to buy a Dart, but if gas prices spike once again, we wonder whether the Dart will have what it takes. 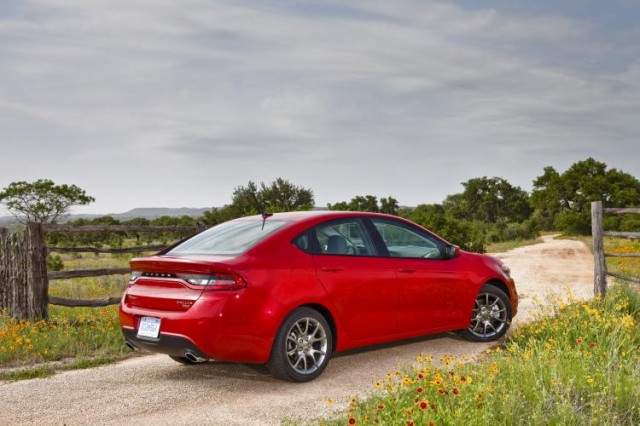 In the end, we think the Dart will do well. It looks good, handles well, and offers buyers the ability to customize their cars in ways that should appeal to those who are moving up from a Scion or a Mini to a four-door sedan.

Best of all, it's the first of many new Dodge, Chrysler, and Jeep products that will be built on this platform, and we're eager to see how they evolve. Based on the Dart, we think the company's designers and engineers have promising new material to work with, and look forward to seeing what else they do with it.

We're also eager to drive both the more powerful Dodge Dart R/T, which should solve the underpowered problem--although probably at the expense of gas mileage--and the Dart Aero, the most fuel-efficient model in the lineup.

Meanwhile, the Dart SE, SXT, Rallye, and Limited models will arrive at Dodge dealers during June. Prices range from $15,995 for the bare-bones SE to $19,995 for the Dart Limited, plus a mandatory $795 delivery fee.