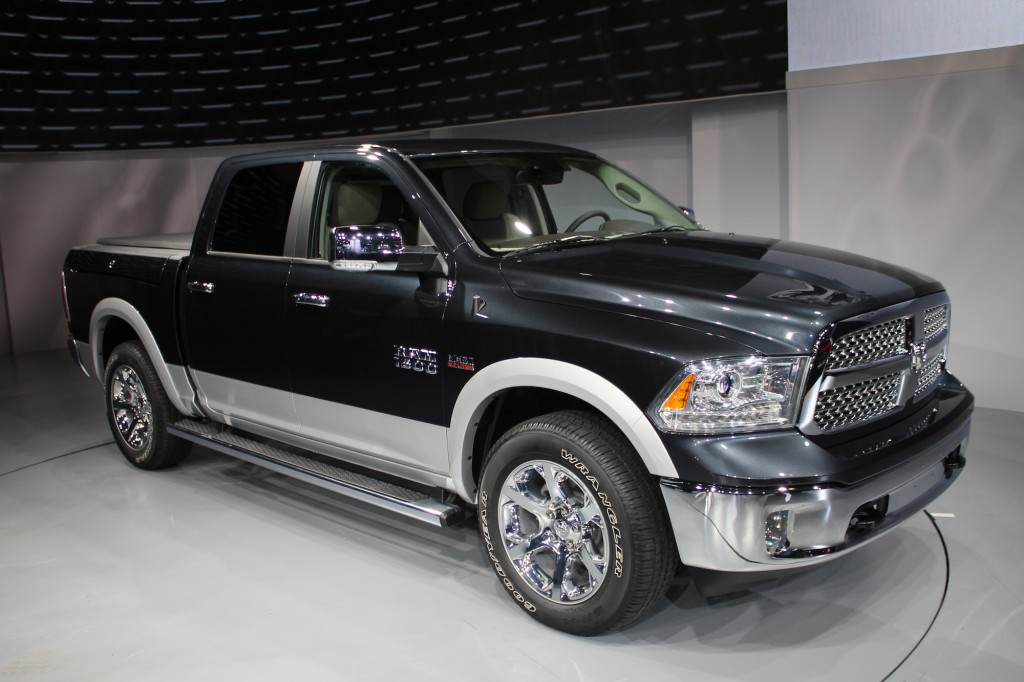 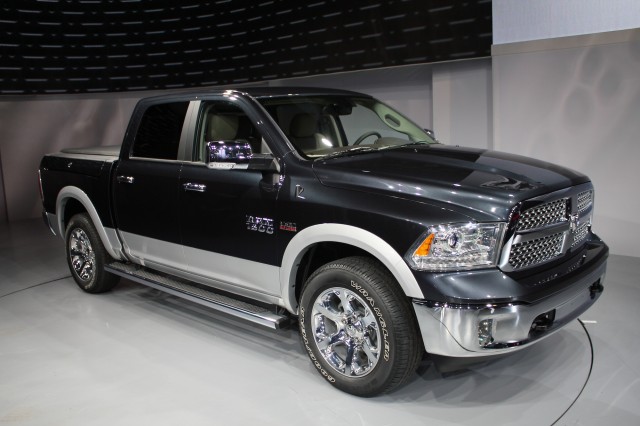 The second of the two New York Auto Show media days included presentations of radically more fuel-efficient Ram pickups and an all-new Infiniti electric luxury sedan, among many others. And while the lighter schedule of the second day didn't quite bring the overflow of reveals, there were quite a few noteworthy new model premieres.

A twenty-percent boost in fuel-efficiency is no trivial matter—and that's what Chrysler claims for some of its most popular 2013 Ram 1500 models. The refreshed model line, which got its official debut on the New York show stand, doesn't look all that much different from the outside, but it took some extensive reengineering to achieve those efficiency improvements. New eight-speed automatics for most of the model line, a new V-6, and an all-new lighter frame with more high-strength steel are all part of it, but advanced features like grille shutters and auto stop-start go the extra mile.

Inside, the 2013 Ram also gets a more luxurious look and feel, including soft-touch materials for the dash and doors, a version of the reconfigurable instrument cluster that's coming in the 2013 Dodge Dart (as well as the 2013 Viper), reconfigured climate controls, and Chrysler's latest Uconnect touch infotainment and connectivity interface. But what's most radical is what's missing from the Ram; there's no column shifter, no shift lever, just a new rotary dial on the dash—which we think truck shoppers will like after the initial surprise, as it frees up a lot of space. 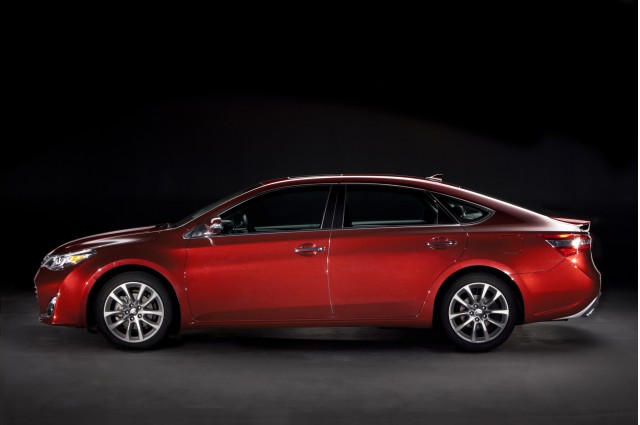 Shoppers are rating design and styling as more important than ever—even in large, comfort-oriented cars. And with the outgoing Avalon a perfectly comfortable, capable, albeit nearly characterless sedan, we're happy to see this new 2013 Avalon, which was first shown at New York, come out of Toyota's design process looking far more distinctive and upscale. Though a bit odd from the front, the new Avalon has an attractive profile (we see a bit of Audi A7), and a curvaceous new interior layout. one that should compete well with the likes of the Hyundai Azera, Buick LaCrosse, or Volkswagen CC. 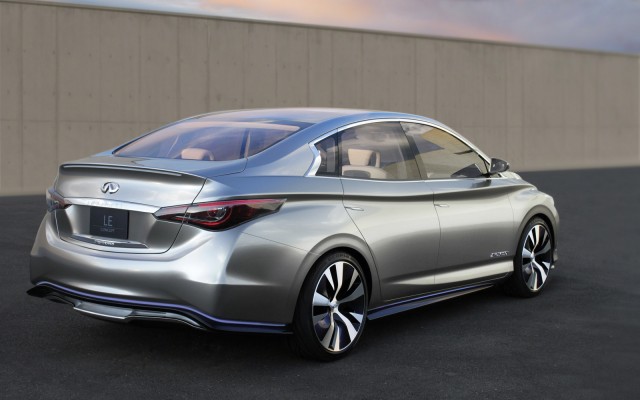 Yesterday we gave you a glimpse of the concept that Infiniti brought to New York; but today, we have details. The Infiniti LE Concept is indeed based on Nissan Leaf running gear, but it's been designed with luxury, not just efficiency, in mind. At 186.4 inches long, the LE Concept is in mid-size sedan territory, and the swoopy, elongated roofline should help allow a little more space than you'll find in some other sedans its size. Just as in the Leaf (it will be assembled beside the Leaf in Tennessee), you'll find a 134-hp (240-lb-ft) electric motor system and 24-kWh lithium-ion battery pack; range should be comparable, at up to 100 miles. One key difference, though, will be the introduction of a large tablet-like touch screen, part of a high-end infotainment system. 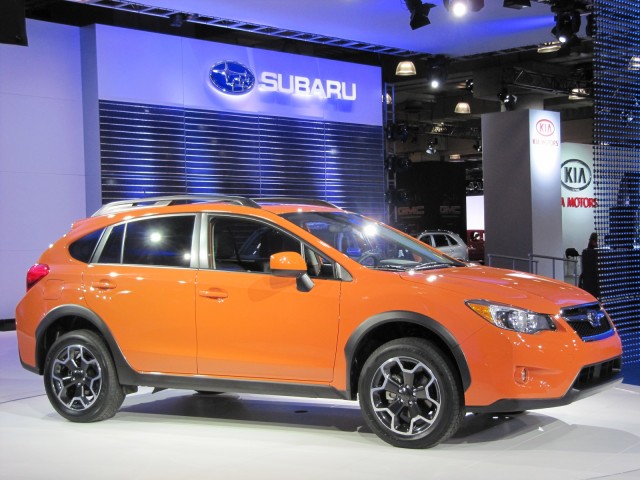 Subaru's Outback line of wagons has for many years now been its own separate model line, running more or less parallel to the Legacy sedans on which it's based. So why shouldn't the brand do the same with its Impreza? That's likely the logic behind the 2013 Subaru XV Crosstrek; the oddly named vehicle replaced the somewhat confusing Outback Sport as a more rugged take on an Impreza hatchback. With underpinning and body essentially the same as the Impreza, but with different design details and an impressive (nearly) nine inches of ground clearance, the XV should live up to its rugged look, if not its confounding name. 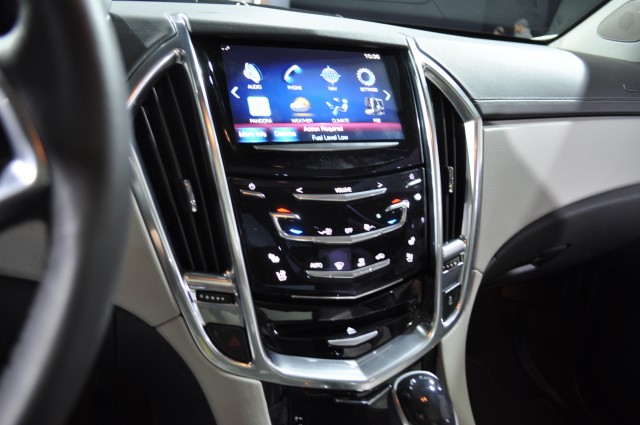 The 2013 Cadillac SRX took the stage at New York, but what was new wasn't so much the vehicle itself as the instrument-panel interface. As in the new 2013 Cadillac XTS, along with the upcoming Cadillac ATS sport sedan, the 2013 SRX will be one of the first vehicles to get the Cadillac User Interface, or CUE. With proximity sensing and haptic feedback, on top of a capacitative touch-screen much like the one used in an iPad, CUE promises to be one of the most advanced interfaces in any vehicle. In the SRX, as in the XTS, CUE will include a concealed storage area just behind the touch screen. And perhaps as a way of making CUE's voice controls a little easier to use, the SRX will also incorporate an active noise cancellation system. Otherwise, look for modest interior upgrades to the 2013 SRX interior—including a new instrument cluster, new shift knob, and new steering wheel. 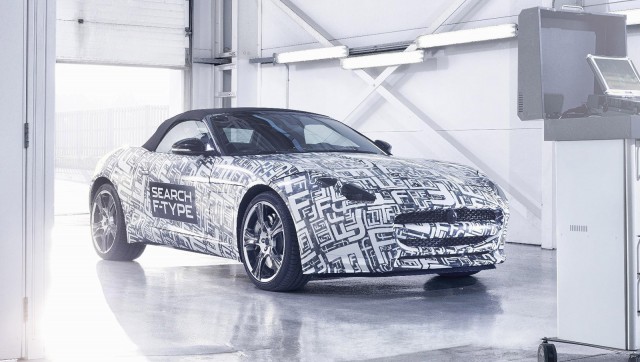 For years, rumors have been circulating about a smaller Jaguar model, to stand just below the XK Coupe and Convertible in the lineup; and it's finally officially on the way—in the form of the Jaguar F-Type, a new sports car that should arrive around summer 2013. Jaguar gave a first glimpse of the F-Type at New York, and confirmed that the soft-top roadster is under development, likely with the 375-hp, 3.0-liter supercharged V-6 that was previewed in the C-X16 concept.

For more details on all of these vehicles, along with live photos from the show floor, see our main New York Auto Show page over at MotorAuthority.