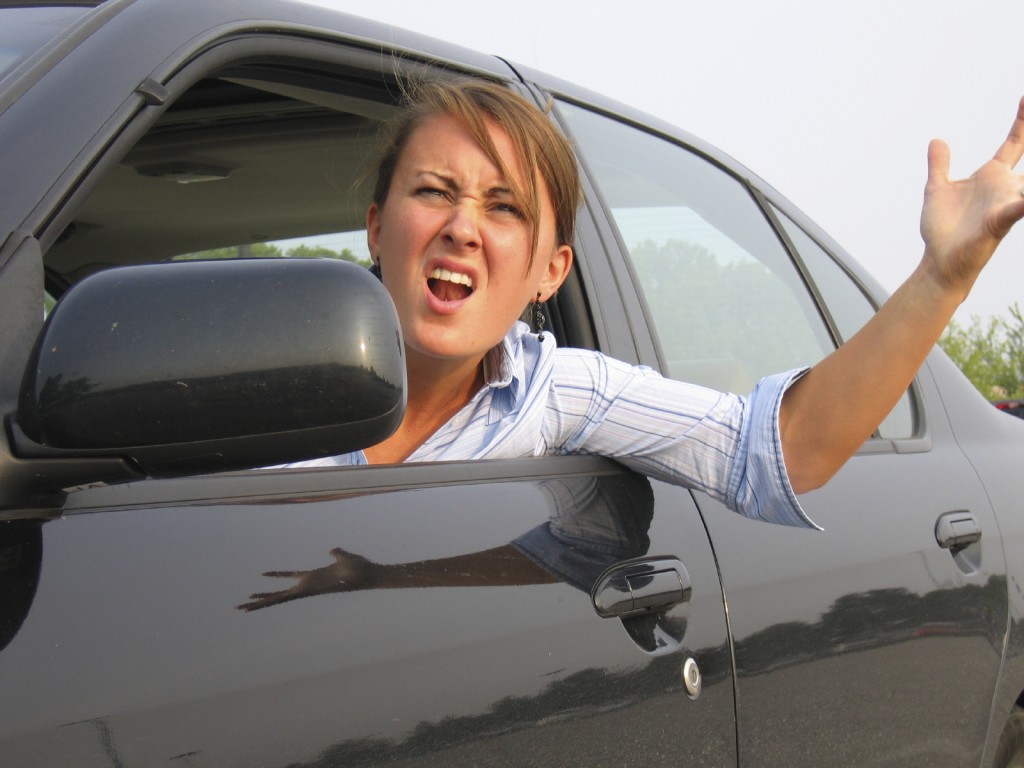 Texting and driving is bad: you know it, we know it, Ray LaHood knows it. But texting while parked isn't always such a great idea, either -- especially in crowded urban areas.

An article in yesterday's New York Times describes a new variant of road-rage that's caused by people texting and talking on their mobile phones in parked cars. The problem? These folks are taking up prime real estate, and the unparked masses want in.

We're guilty of it ourselves. We finish up at Pinkberry (okay: Baskin Robbins), and before getting back on the road, we decide to fire off a few quick responses to all the emails we've received since leaving our desks for a "Staples run" two hours ago. If other parking spots are open, we don't feel too bad about that -- in fact, we feel like responsible adults by keeping our texting curbside. But during lunch rushes and on weekends, when space is at a premium, we sink lower in our seats to dodge stares from circling wagons.

When other drivers catch us sliding into our cars and put on their turn signals, waiting for our space, we try to be considerate and hold off on the missives. But as the Times reports, not everyone is so thoughtful -- or has the luxury of waiting to respond to certain messages. Quite a few of those folks have taken verbal and gestural abuse from would-be parkers.

One man even tells about the time a police officer made him leave his parking spot before he could finish the email he was typing. Granted, the guy's meter had expired, but you'd think that the cop might've seen what was going on and cut him some slack. The man drove two blocks down the street and pulled over in front of a fire hydrant to finish.

As mobile phones have become ubiquitous, we now have to balance (a) the safety rules that prohibit drivers from texting -- and in some states, chatting -- with (b) the rules of etiquette about not taking up parking spaces. In our book, safety always wins out, but how long will it be before some angry mall-goer starts a fist-fight with a parked texter because he won't leave his rock-star parking spot?

Have you ever had a confrontation with someone who was texting while parked? Or have you been on the receiving end of such a rant? And is this phenomenon any more or less frustrating than waiting for drivers (often drivers of a certain age) to buckle up, get settled, check their mirrors, and slowly reverse out of a parking spot? Drop us a line, or leave a note in the comments below.