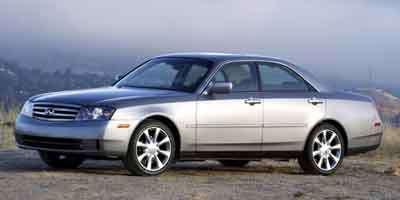 Nissan North America has announced a recall of 2003 and 2004 models of the Infiniti M45. Those vehicles suffer from a faulty circuit board that could leave owners stranded.

The National Highway Traffic Safety Administration's bulletin covering the recall explains that a circuit board attached to the M45's fuel gauge isn't up to snuff. It may provide false data to the gauge, telling the driver that there's more gas in the tank than there really is. For motorists who let their gas levels dip fairly low before refueling, this could spell trouble, leaving them stuck on the side of the road.

Though the problem sounds like a fairly serious one, Nissan won't be mailing out notices of the recall until mid-April. (Then again, given the age of the vehicles involved, some drivers may already be aware of the issue.) Once owners receive the recall notice, they'll be able to take their vehicles to their local dealers, who will modify the circuit board free of charge.