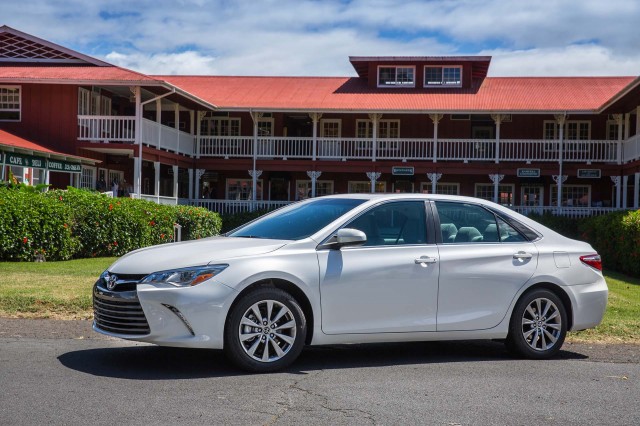 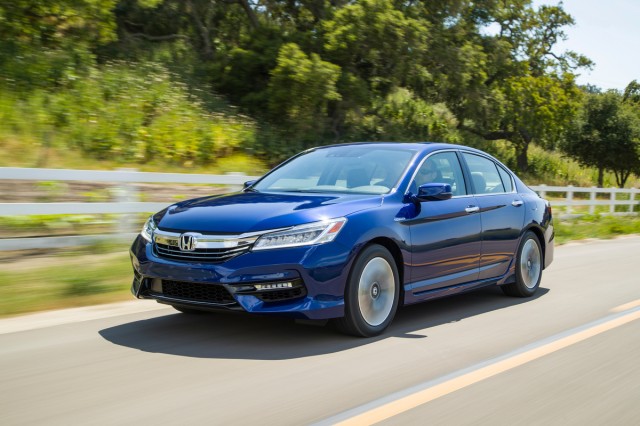 Though never all that stylish, Honda's Accord and Toyota's Camry always have been smart and sensible. The Camry and Accord hit their stride in the 1980s, when they became the epitome of the American mid-size sedan. Since then, both have evolved to keep pace with excellent new family sedans from Ford and Subaru.

Still, styling is a good place to begin to compare them. When the current car was introduced in 2012, the Camry wore a purely evolutionary look—in other words, boring. For the 2015 model year, Toyota redesigned it, with a striking front end and a sweeping side view. Inside, the inexpensive, cobbled-together look has been erased, with a more handsome look given to the dash and a higher grade of trim. The Accord still looks slightly more exciting and better proportioned on the outside, and it wears a new nose and tail that arrived for the 2016 model year. It also has more of a premium look inside. Of course, both of these models have been upstaged by vehicles like the Kia Optima and the daring Ford Fusion.

We like the Accord's refined feel and its available safety equipment more than the Camry—but stay tuned as a new Camry isn't far off. For now, however, we score the Accord a solid 8.3, while the Camry comes in at a still decent 7.0. (Read more about how we rate cars.) 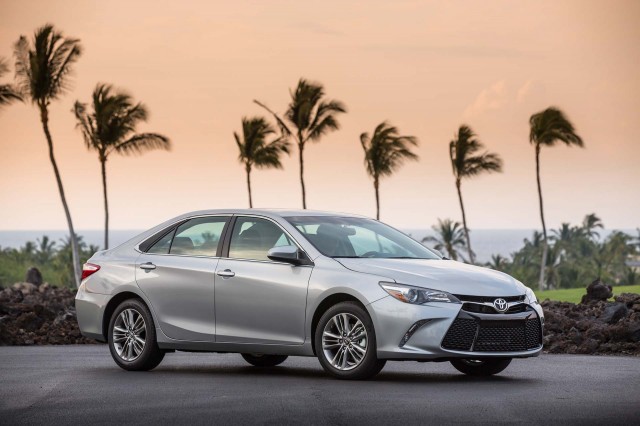 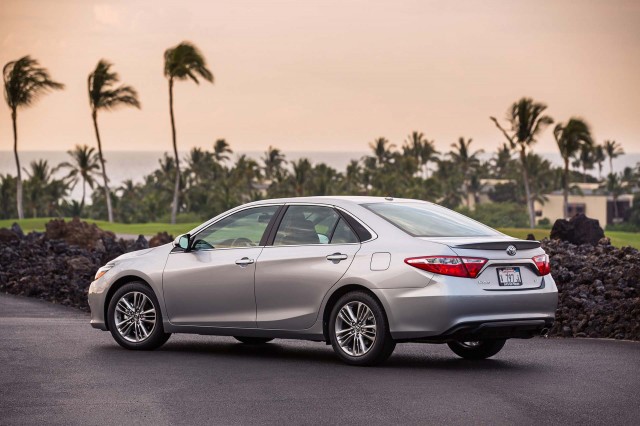 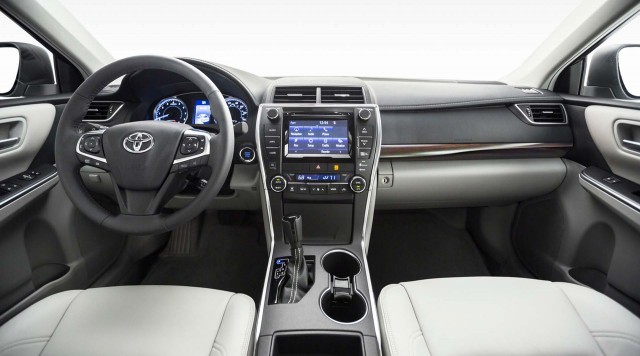 The Camry is downright dull to drive, although it has a more responsive feel in SE versions; on the other hand, the Accord gets the higher score here because of its well-tuned steering and crisp, light driving feel. Both models are very smooth with their base 4-cylinder engines, and despite using a CVT, the Honda doesn't succumb to the undesirable drone and rubber-band feel that CVTs so often do. These are two of the only remaining mid-size models to offer an available V-6, and in both cases it's a smooth, refined, and very strong option. In the Accord especially it gives this Honda more of an Acura feel.

Each of these big sellers has offered a hybrid edition. The Accord Plug-In Hybrid has gone on hiatus for 2016, to return in 2017 with a different combination of engine, batteries, and motors. Until then the Camry Hybrid's numbers (43 mpg city, 39 highway, 41 combined) reign supreme here for fuel economy—and based on our drives, it has very smooth hybrid integration. Across the rest of the lineup, the Accord outpoints the base Camry and the upscale V-6. 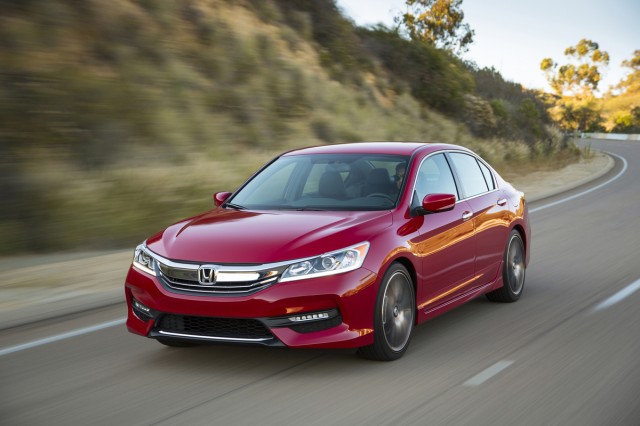 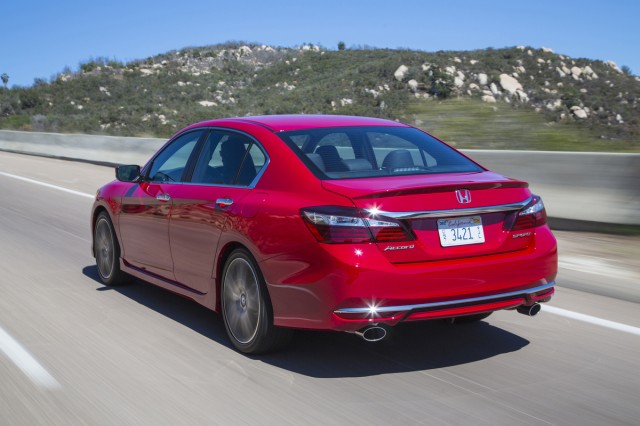 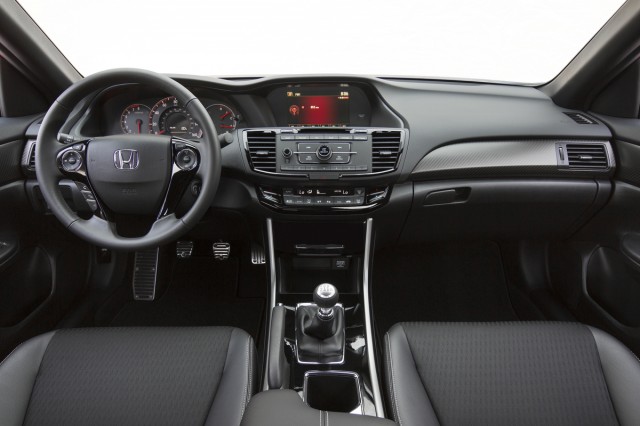 The Accord is the winner in comfort and space, too. The Camry's base front seats are rather flat; SE seats are better. The latest Accord has more support, and most drivers will prefer the Accord EX's trim and materials to those in the Camry LE. In back, both cars have rooflines that preserve headroom; carrying adults in the back seat is fuss-free. With its rather low beltline and a little more side glass, the Accord offers a slightly better view outward for those in back—possibly eliminating the need for Dramamine.

Toyota and Honda have paid more attention to refinement this time around and added extra noise insulation, but thanks to standard Active Noise Control and Active Sound Control on the Honda Accord—which especially help cancel out road noise—the Accord is the clear winner here, too. For ride quality, the Camry is the softer of the two in most of its trims, although the Accord's firmer calibration brings crisper handling response.

We consider these models to be near equals for safety, as they both have earned "Good" ratings in all the traditional frontal, side, and roof strength categories from the IIHS—and in the tough new small-overlap test. Both are Top Safety Pick+ award winners. The Camry missed top federal ratings; although it gets a five-star overall rating, its four-star frontal results add up to a vehicle that's not quite in the same echelon as the Honda Accord or Subaru Legacy.

Each of these sedans offers some of the latest accident-avoidance technology, as standard equipment or as an option, in the form of adaptive cruise control, lane-departure and forward-collision warnings. Honda's LaneWatch camera is a nifty touch: it shows the curbside view to the right when the turn signal clicks that way. The Camry offers a more conventional, and we think preferable, blind-spot monitor as well as a rearview camera. On either car, those features are options or bundled into the priciest models, though.

The market has evolved to expect connectivity features even in lower-priced vehicles, and both of these models cater to that expectation, with standard Bluetooth hands-free calling, Bluetooth audio streaming, and a USB port. But Honda has gone well beyond that, also including SMS text capability, Pandora audio streaming, dual-zone climate control, and an 8.0-inch i-MID display. Provided you're looking at one of the more affordable trims, we think Honda is the winner here, too—by an overwhelming margin.

While the Camry doesn't lag far behind the Accord in any one way—well, except styling, perhaps—Honda has produced a more compelling design and driving experience that still hits all the marks for practicality, comfort, and features.

MORE: Compare detailed specs for 2017 Toyota Camry and 2017 Honda Accord

7.0
Expert Rating
The 2017 Toyota Camry is a comfortable commuter without much pretension; a very good appliance for car buyers who prefer substance over style.
7.7
Expert Rating
The 2017 Honda Accord Hybrid remains a handsome mid-size sedan with excellent fuel economy; with Honda promising better availability, it should be a strong competitor.

6.0
Expert Rating
The mid-size mechanical catfish keeps the same look this year; thankfully it's not as offensive as the Corolla.
Read More
7.0
Expert Rating
Pleasant and thoroughly modern, the Accord isn't the sexiest thing in its class—but that's okay.
Read More

5.0
Expert Rating
Toyota's Camry is the perfect appliance for daily commutes in base configuration; its amply powered V-6 is somewhat of an outlier.
Read More
6.0
Expert Rating
CVTs aren't our favorite transmissions, but the Accord makes up for that with its excellent ride and handling.
Read More

9.0
Expert Rating
Like any good after-school special tells us, it's what's on the inside of the Camry that counts.
Read More
7.0
Expert Rating
Honda has fitted the Accord with a nice interior with excellent space for all passengers.
Read More

8.0
Expert Rating
Toyota's Camry scores well on most tests, but not as good as other competitors in its class.
Read More
10
Expert Rating
The Honda Accord scores nearly top marks from the IIHS and the NHTSA.
Read More

7.0
Expert Rating
Base Camrys are equipped with what you'd expect, higher trims get more standard equipment this year.
Read More
7.0
Expert Rating
Honda no longer skimps on the base Accord, but there are no individual options for any trim level.
Read More

Front Wheel Drive Read Full Specs
Front Wheel Drive Read Full Specs
Compare Free Dealer Price Quote
With competitive price quotes from multiple dealers, you will be prepared when you meet your local car dealer. Please tell us how to contact you so that dealers can compete for your business!
2017 Toyota Camry
There are no Toyota dealers in our network that are located near the ZIP code.
2017 Honda Accord
There are no Honda dealers in our network that are located near the ZIP code.
Thank you!
We have sent your request for price quotes on the 2017 Toyota Camry and 2017 Honda Accord to the dealers you requested. They should be in touch shortly.
The Car Connection's dealer quote process is powered by our partner site CarsDirect.
Your request for a fast, free price quote on a 2017 Toyota Camry and 2017 Honda Accord is in process. The CarsDirect Dealer(s) listed below will contact you shortly to discuss your request and to provide a quote. If you have questions now, you can contact the dealer(s) directly using the information provided below or contact CarsDirect's award-winning customer service team at 1.888.CarsDirect (1.888.227.7347) or [email protected]
For your reference, your customer transaction number is .
Tell us a little bit about yourself
Looking for dealers in your area...

*As configured. Excludes taxes, title, license and other customary fees, such as dealer documentation fees, tire and battery disposal fees and, where applicable, finance charges. By clicking on “Get Your Price Quote Now”, you agree to our Terms of Use (including the Supplemental Terms) and Privacy Policy. You further consent to being contacted at the number you provided by CarsDirect and certain participating automotive dealerships, which may include autodials, text messages, and/or pre-recorded calls; this consent is not a condition of purchase or service. Message and data rates may apply.
Have feedback about this experience?
Let us know.
Tags:
2017 Compare Cars Honda Accord News Toyota Camry News Toyota News
2021
The Car Connection
See the winners »
2021
The Car Connection
See The Winner and Nominees »