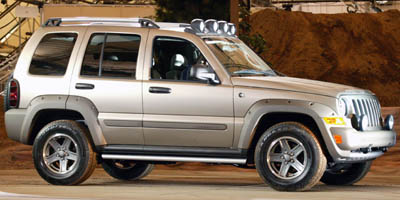 Chrysler is recalling over 209,000 Jeep Liberty vehicles from the 2004 and 2005 model years over concerns of corrosion in the vehicles' suspension system.

According to a bulletin from the National Highway Traffic Safety Administration, those vehicles may suffer from corrosion in the rear lower control arms associated with the vehicles' rear suspension system. In extreme cases, that corrosion can lead to a fracture of the control arm. That, in turn, can result in driver losing control of the vehicle.

Chrysler says that it will send out notice of the recall by the end of April. At that time, owners will be able to take their vehicles to Jeep dealers, who will replace the rear lower control arms free of charge.

UPDATED: The recall has now been expanded to include Jeep Liberty vehicles from the 2006 and 2007 model years. This adds 137,176 units to the recall, bringing the number of affected vehicles to 346,900.