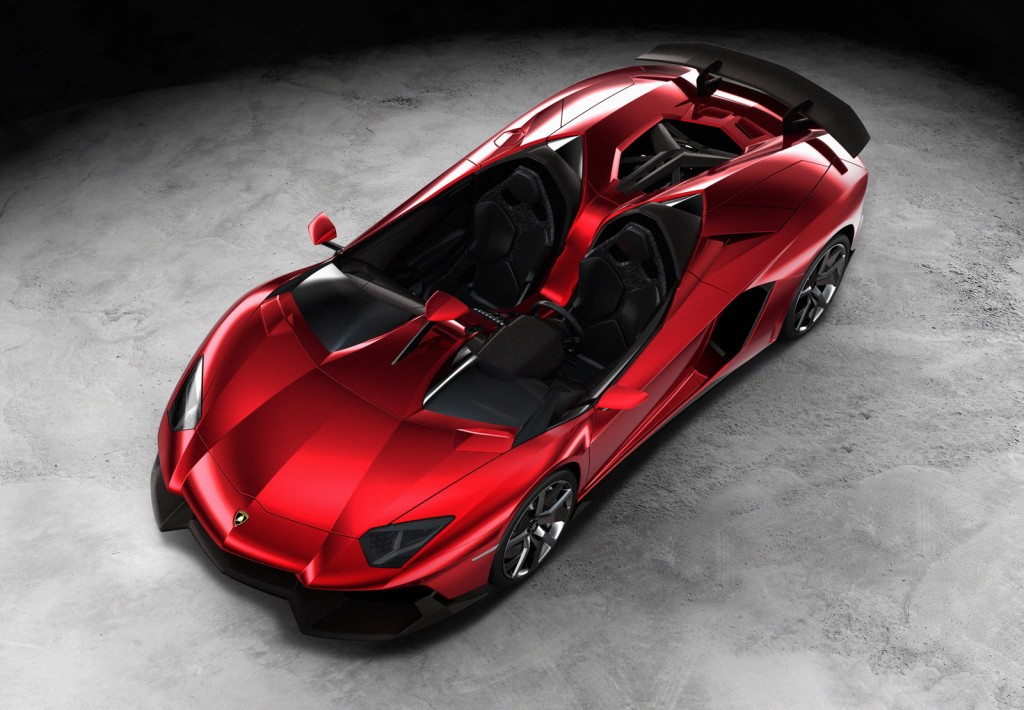 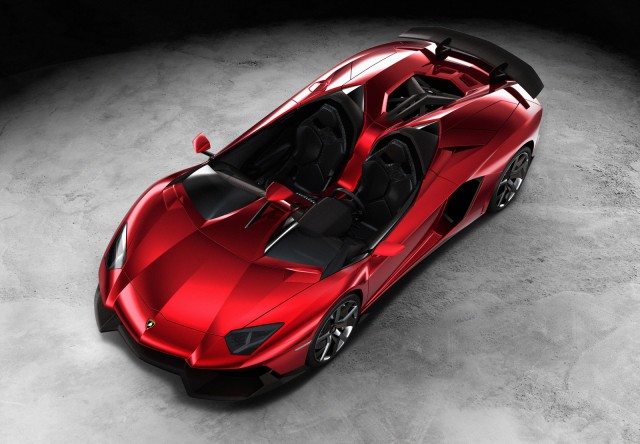 Of all the world's auto shows, the Geneva Motor Show has traditionally served as one of opulence and design. It's also increasingly been where some of the top sports cars, supercars, and prestige luxury cars take a bow.

Just as the Swiss city serves as a middle ground in so many other ways, it appears to have that same effect on the vehicles that mainstream automakers chose to unveil. There were few of the farther-off green-car concepts we've seen at some of the other shows; instead, debuts were tempered to several full-line premium small cars, including the Mercedes-Benz A Class and Audi A3—both of which might be headed to the U.S. in their new forms.

While more hybrid and plug-in vehicles were still well-represented, the lusty poster-car exotics were at Geneva in full force, including all-new models from Lamborghini, Bugatti, and Ferrari.

If Geneva were to have a headliner—and a poster car—it might very well be the Lamborghini Aventador J, which the automaker called “the most uncompromising open super sports car of its entire history,” With the Aventador supercar's 700-horsepower, V-12 engine, an ISR transmission, pushrod suspension, and all-wheel drive, it's one very expensive one-off garage-queen, capable of getting to 60 mph in well under three seconds. That's right; Lamborghini will build only one—paying tribute to the legendary 1970 Lamborghini Jota. 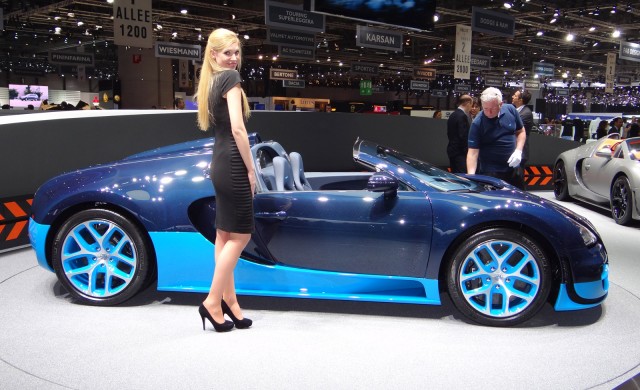 The Bugatti Veyron Super Sport is already one of the world's fastest cars—capable of reaching 286 mph. Now, if you can even conceive of such a thing, Bugatti's taken it topless (with a removable targa-style roof) at Geneva, with the Veyron Grand Sport Vitesse, which packs the same 1,200-horsepower, 8.0-liter quad-turbo V-16. And the powder-blue lower bodywork gives this supercar some unexpected panache. 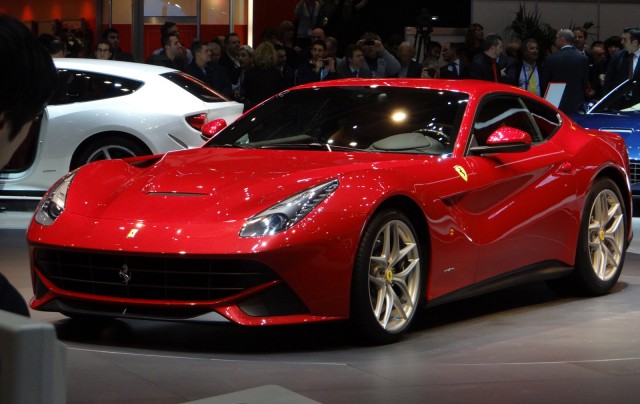 The Geneva Motor Show is also where Ferrari's all-new F12 Berlinetta gets the official nod. The voluptuous new supercar is the fastest Ferrari road car ever—and the fastest—and features a new 729-hp, 6.3-liter V-12. Its 0-60 mph time is just 3.1 seconds, with a top speed of more than 211 mph.

Porsche's Boxster isn't an exotic, or a supercar, but it's one of our favorite sports cars. And the Stuttgart automaker chose Geneva to roll out the all-new, aluminum-bodied 2013 Boxster. With more engine power and less weight, it's quicker than ever, and it gets the 911's new electromechanical steering and Porsche Torque Vectoring. Expect to see this new model line on U.S. streets beginning this summer.

One other exciting sports car—although just a concept—is the Intiniti Emerg-E. Built on Lotus Evora underpinnings, with a 300-mile range range-extended electric powertrain, producing 400 hp and capable of reaching 60 mpg in four seconds. It's looking like it could be a strong rival to the upcoming, hybrid-powertrain Acura NSX. 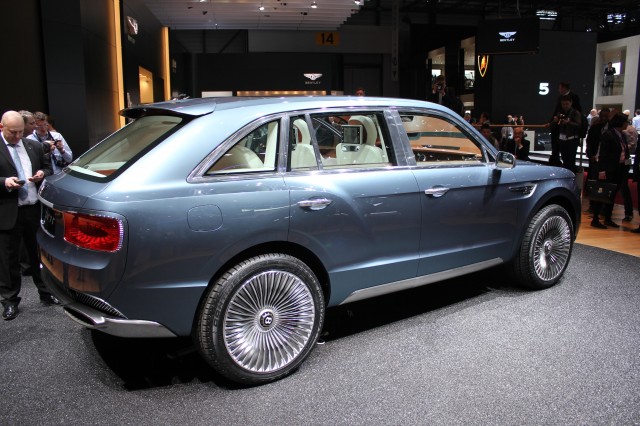 If there's one vehicle that created the most design stir at Geneva, Bentley's concept SUV, called the EXP 9 F, was it. And to put it mildly, it's not all good. While our on-site editors, as well as other media attendees at the Geneva show, couldn't manage many flattering words for the frumpy exterior, the lavish wood and leather interior, with built-in picnic kit, was a clear winner, as was the tablet-like infotainment interface. 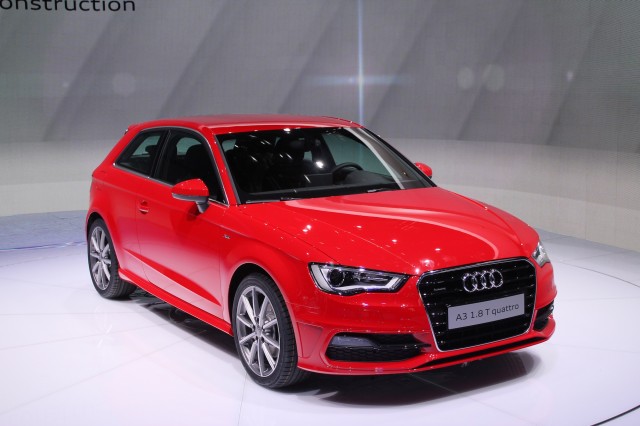 We've waited a long time for a completely redesigned Audi A3, and it's finally here. The all-new version that has bowed at Geneva finally brings this compact hatch up-to-date with the freshened design cues of the rest of the Audi lineup—including a version of Audi's MMI screen-based interface, appearing in this model for the first time. Euro-market models will get a mix of strong direct-injection four-cylinder gasoline engines, or a version of the torquey TDI (turbo-diesel) four-cylinder, and while U.S. details haven't yet been announced, we're expecting some of the same here. Look for a five-door version to join this three-door model by the time of its U.S. arrival late next year, or more likely early in 2013. 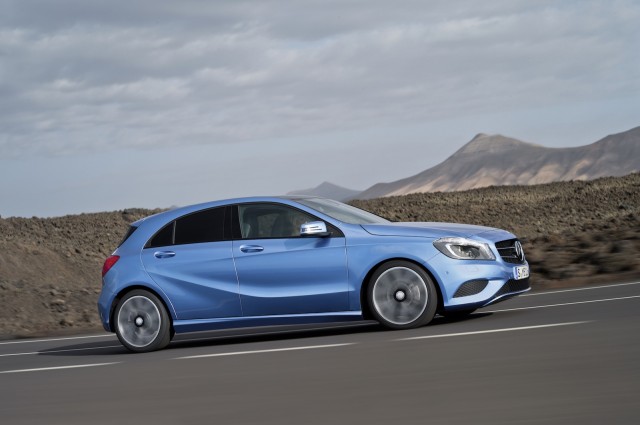 Mercedes-Benz has brought some forward thinking a more youthful design, and premium materials into its compact A Class models, completely redesigned and introduced at Geneva. Expect direct-injection four-cylinder turbocharged gasoline engines with auto start/stop for most of the lineup—as well as turbodiesels for Europe. This fashionable Mercedes-Benz A Class hatch is potentially headed to the U.S., and shows signs of seriously targeting younger buyers, as it includes a next-generation screen interface and an integrated version of Apple's Siri speech-processing technology.

Two other small wagon models made their debut at Geneva. The completely new Euro-market version of the Hyundai i30 wagon—based on the new Elantra—could make a fashionable new Elantra Touring model for the U.S. But Hyundai, like GM, which showed its Cruze Wagon at Geneva, insists that no wagon version is in the cards for this side of the pond. 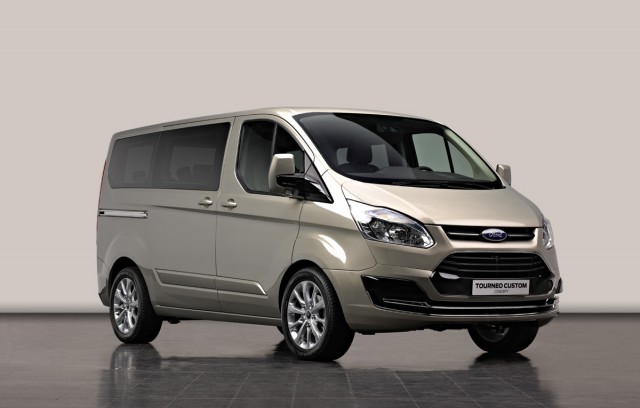 One global product we will be getting this time around is the new Ford Transit full-size van. The Tourneo concept shown at Geneva reviews the next generation of Ford's Transit vans—and this one is bound to fully replace Ford's aged E-Series (Econoline) models. Ford coordinated the concept's showing with an announcement that it would install the EcoBoost V-6 into U.S. Transits.

There's plenty more from the Geneva show not covered here. Visit our companion site Motor Authority for more details, as well as live photos and more information from the show floor.